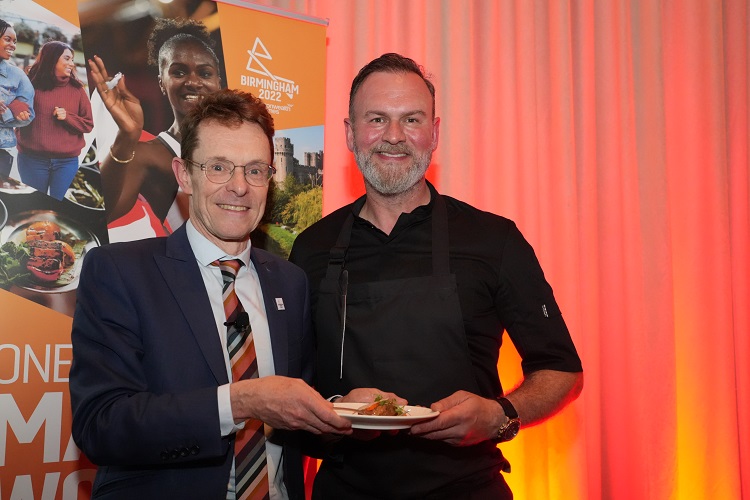 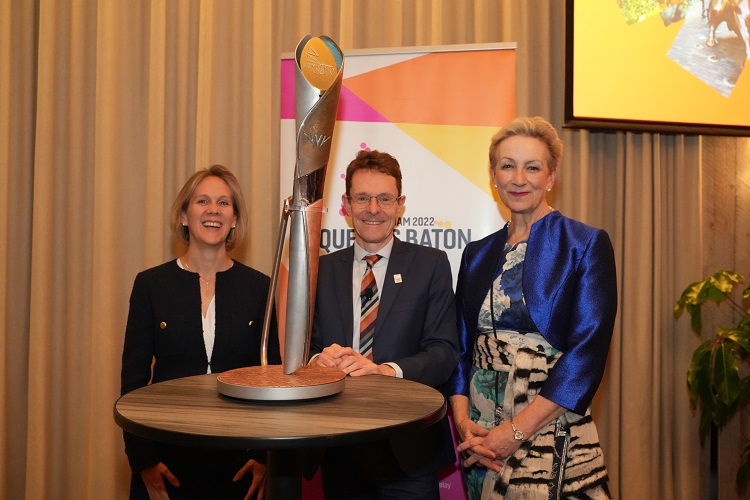 Leaders from the West Midlands have welcomed the arrival of the Queen’s Baton Relay in Canada, celebrating this summer’s Birmingham 2022 Commonwealth Games.

Mayor of the West Midlands, Andy Street, and Michelin-starred chef Glynn Purnell were joined by esteemed Canadian dignitaries and Team Canada athletes at a dedicated event in Toronto hosted by the Birmingham 2022 Commonwealth Games Business and Tourism Programme (BATP).

The Meet the West Midlands showcase highlighted the region as a world-class destination for tourism, trade and investment and offers once-in-a-lifetime experiences that Canadians can only have in the UK.

At the showcase event in Toronto, Andy Street introduced the attractions of Birmingham and the West Midlands and demonstrated why the region is a must-visit tourist spot for Canadians in a bid to drive more visits to the area.

From its vibrant cities, beautiful countryside and world-class tourism venues, Canadians visiting the West Midlands are able to experience longstanding cultural gems such as the birthplace of Shakespeare, Cadbury’s chocolate, the Industrial Revolution and the Birmingham Royal Ballet, as well as visit the area which inspired Peaky Blinders.

There was an average of 46,900 visits per year from Canadian tourists to the West Midlands in 2017–2019, and the total number of yearly visits by Canadian tourists has increased by approximately 52 percent between 2010 and 2019.

Celebrity chef Glynn Purnell showed off his expertise of the West Midlands’ thriving food scene, known as the epicentre of the nation's culinary map and encompassing cuisine from around the world, with 11 Michelin-starred restaurants and another 27 venues awarded entry in the Michelin Guide 2021.

"This week we celebrate the close ties between our two great nations as the Queen's Baton Relay travels through Canada, making its penultimate international stop before returning home to the UK in just a few weeks time.

"As Birmingham gets set to host the Commonwealth Games, we're proud to promote the host region of the West Midlands as a fantastic place to live, work and invest. We are using this opportunity to encourage our Canadian friends to come visit and see for themselves everything the region has to offer, in what's set to be an unforgettable British summer."

“We’re thrilled to be in Canada to celebrate this leg of the Queen’s Baton Relay ahead of the West Midlands playing host to the highly anticipated Commonwealth Games this summer. The UK and Canada have always enjoyed close ties and this visit provides an ideal opportunity to further strengthen the bonds between our two nations.

“With the eyes of the world set to tune into the West Midlands for 11 exciting days of sporting spectacle, we hope Canadians will take advantage of this time to discover all that the West Midlands has to offer as a trade, investment and tourist destination.”

“We’re delighted to be celebrating the Queen’s Baton Relay arriving in Canada in the run-up to the Birmingham 2022 Commonwealth Games, and to be showcasing the vibrant and diverse West Midlands region in England, inspiring bookings. From its renowned heritage and buzzing city attractions to its contemporary culture and innovative food and drink scene, the West Midlands is packed with exciting experiences for travellers to enjoy in the lead-up to the Games and beyond.

“Canada is a very important inbound tourism market, we know there is pent-up demand for travel and the Games is a timely and valuable opportunity to highlight experiences that visitors can only have in Britain and to celebrate our friendship and connections as we welcome Canadians back to our shores.”

In the spirit of making connections across the globe, during the event a Commonwealth-wide relay of words and art, named the Relaytionship, was shown to the dignitaries.

West Midlands-based poet Amerah Saleh has produced a spoken word manifesto as part of the artwork to inspire people around the world to contribute a word, image or video to the artwork.

The unique piece of ‘hyper hybrid art’ is now inviting people across the globe to add their own unique words to this evolving piece of artwork.

You can contribute to the artwork and continue the relay of words at www.makeitwm.com/relaytionship.