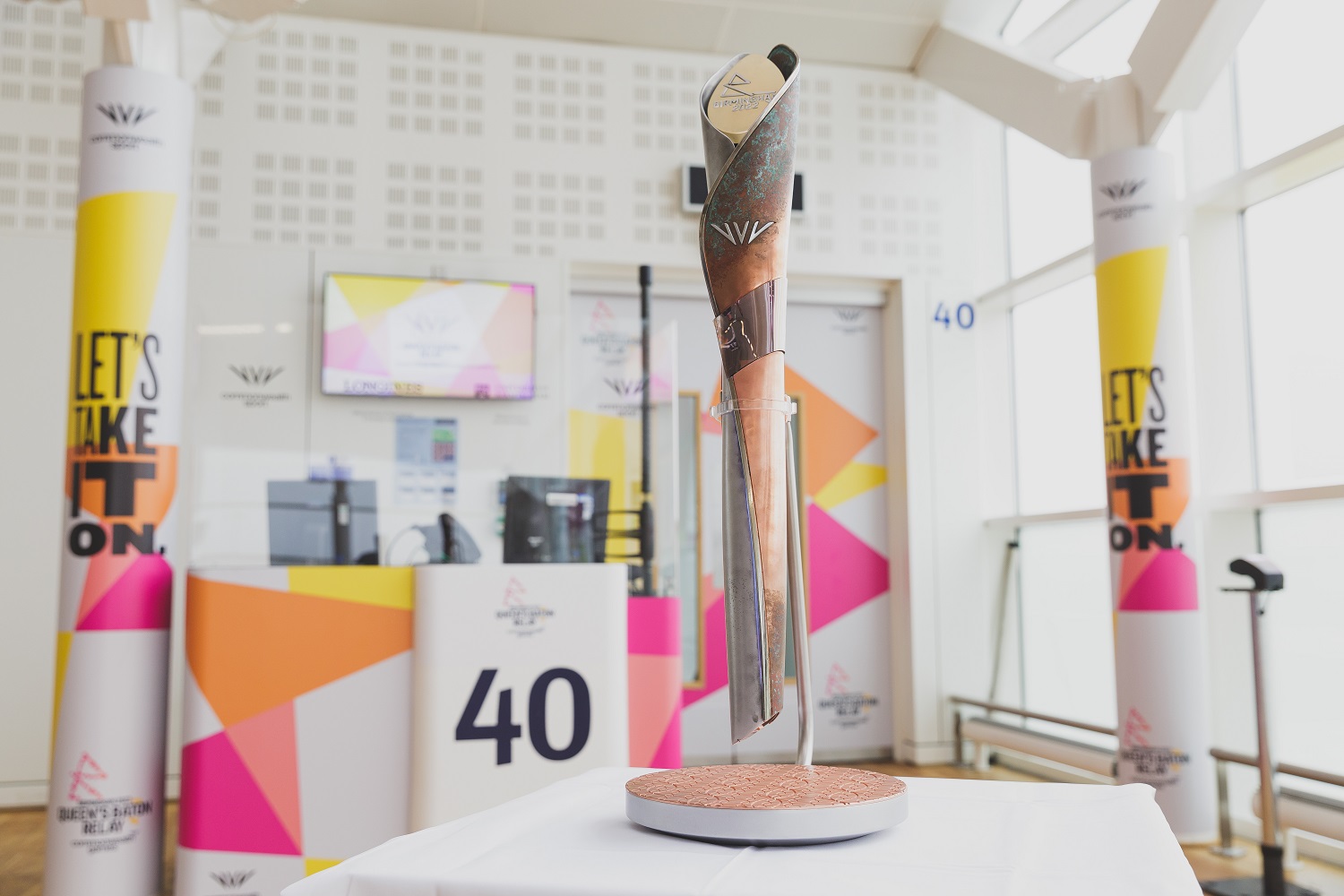 Today, The Queen’s Baton Relay will start its epic journey across the globe as the Baton departs from Birmingham Airport and heads to Cyprus – the first stop on the 140,000-kilometre relay (which is the equivalent of completing over 350,000 laps of Alexander Stadium’s running track!).

The Queen’s Baton Relay is a tradition that celebrates, connects and excites communities from across the Commonwealth during the build up to the Games. The departure of the Baton at Birmingham Airport follows the launch of the 16th official Queen’s Baton Relay in an exciting and special ceremony at Buckingham Palace yesterday, where Her Majesty The Queen placed her message to the Commonwealth into the Baton.

The Queen’s Baton will now visit all 72 nations and territories of the Commonwealth – an incredible journey which will see it reach Africa, the Americas, the Caribbean, Europe, Asia and Oceania, before travelling the length and breadth of England during the final days of the Relay.

The Baton will eventually return to its hometown of Birmingham next summer, before completing its journey at the Opening Ceremony of the Birmingham 2022 Commonwealth Games on 28 July 2022.

The landmark moment at Birmingham Airport was attended by Birmingham-born, Team England netball player Layla Guscoth. With ambitions to pursue her medical career as a doctor alongside her commitments as a professional athlete, Layla worked on the frontline at the Queen Elizabeth Hospital in Birmingham during the height of the pandemic, and will be competing in next year’s Games. She was joined by the official Birmingham 2022 mascot, Perry.

“The official launch of the Birmingham 2022 Queen’s Baton Relay at Buckingham Palace was a resounding success. Now, it’s time to send the Baton onwards as it embarks on a 294-day journey, connecting communities in every corner of the Commonwealth, embracing unique cultures and sharing stories.

“We hope this collective journey will ignite hope, solidarity and collaboration for the next generation, with these stories leaving us all inspired to take on the challenges that matter most. This is such an important milestone in the lead up to the Games and one that we should all carry with pride.”

“This is such a surreal and proud moment for me as an athlete with strong Birmingham roots. There’s been so much buzz and excitement here in the West Midlands and the start of the Relay has now brought all of this wonderful energy to life. The countdown has truly begun, and I can’t wait to see the Baton arrive back here in Birmingham in 294 days’ time!”

“As a born and bred Brummie, it’s so exciting to be sending the Baton off from Birmingham Airport, to travel all around the Commonwealth in a momentous moment ahead of Birmingham 2022. We look forward to its return next year and seeing communities from all over England celebrate the Commonwealth Games on home soil."

“The departure of the Baton is a moment for everyone to be proud – the Host City will now be represented in all of the nations and territories within the Commonwealth, helping engage and inform people across the world about Birmingham and the Games.

“The Baton itself is a bold representation of everything that is great about the city and wider region, and I look forward to its return to the UK next year and its eventual arrival back in Birmingham.”

“The launch of the Queen’s Baton Relay is a key milestone on our road to Birmingham 2022, and I know the Relay will do a brilliant job of building up excitement around the Commonwealth for next year’s Games.

“As the first global sports events to take place with proper crowds, the eyes of the world will be on the West Midlands in just a matter of months – and I cannot wait for us to show off our home.”

“We are extremely proud to be the departure airport for The Queen’s Baton Relay as is begins its journey from Birmingham Airport to 72 nations and territories in the Commonwealth. Celebrating the Commonwealth Games next year is a perfect way for people to come together again as the world recovers from the pandemic and we look forward to welcoming athletes and spectators through Birmingham Airport next summer.”

For more information on the Queen’s Baton Relay and to follow the Baton’s journey, visit birmingham2022.com/qbr