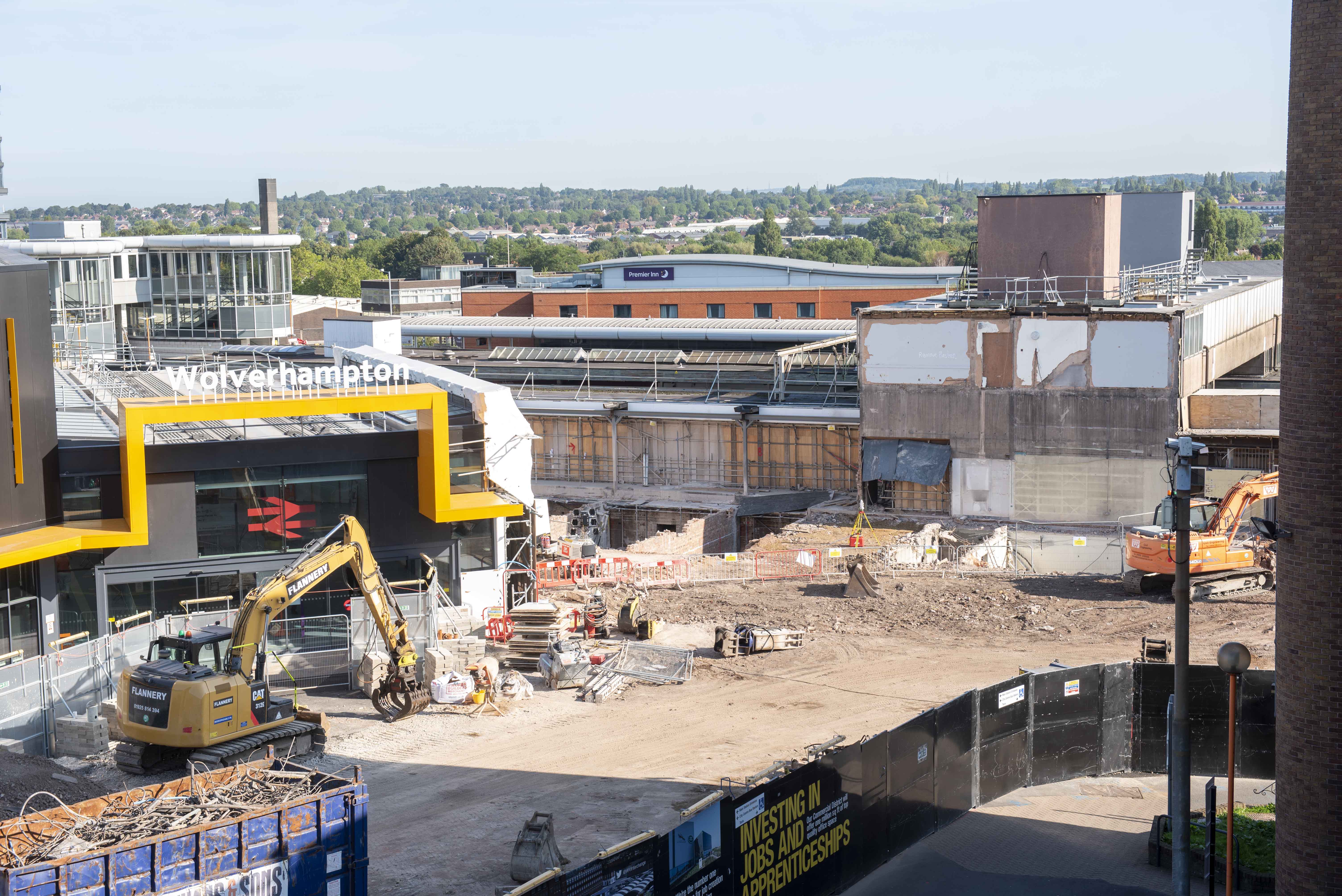 Full demolition of Wolverhampton’s old railway station building has been completed in just over a month.

Ground works are now being carried out to pave the way for piling to start this month on the foundations for phase two construction of the new station building.

It is another major step forward in the development, which is part of the city’s £150million Interchange scheme delivering improvements to bus, tram and train connectivity.

Once the railway station is completed in early 2021, final works will begin to connect the station to a new Metro extension, creating a fully integrated transport hub with the neighbouring bus station.

“As prepare for this month’s Wolverhampton Business Week the railway station is a beacon of the multi-billion-pound regeneration that is taking place across our city.

“Projects like the railway station, and other capital schemes like the i9 office development and Civic Halls are critical to our recovery from Covid-19 – creating jobs, driving further investment and giving our businesses confidence to get back on their feet and grow.

“Working under strict Covid-19 safety guidelines, contractors, Galliford Try, have made good progress on the phase 2 works and it won’t be long before we see the second part of our fantastic new railway station coming out of the ground.

“The completed Interchange will connect train, tram and bus in one place and will ultimately provide a gateway to our city that we can all enjoy using - and be proud of.”

“With demolition complete we are another step closer to delivering a major transport hub in Wolverhampton city centre.

"This new rail, Metro and bus interchange will offer travellers a journey fully integrated into the wider West Midlands transport network, including HS2.

“As well as providing a modern gateway to the city centre for visitors it will be a catalyst for new investment, contributing to the jobs and growth the area needs.”

“The demolition of the parcel shed and old station building has now been completed in a safe and timely manner.

“Galliford Try are progressing with removing the existing slabs and preparing for piling which is due to commence within the next fortnight.

“Phase two works are progressing well and we will soon start to focus on planning for the eventual handover of the new facilities once they are built.”