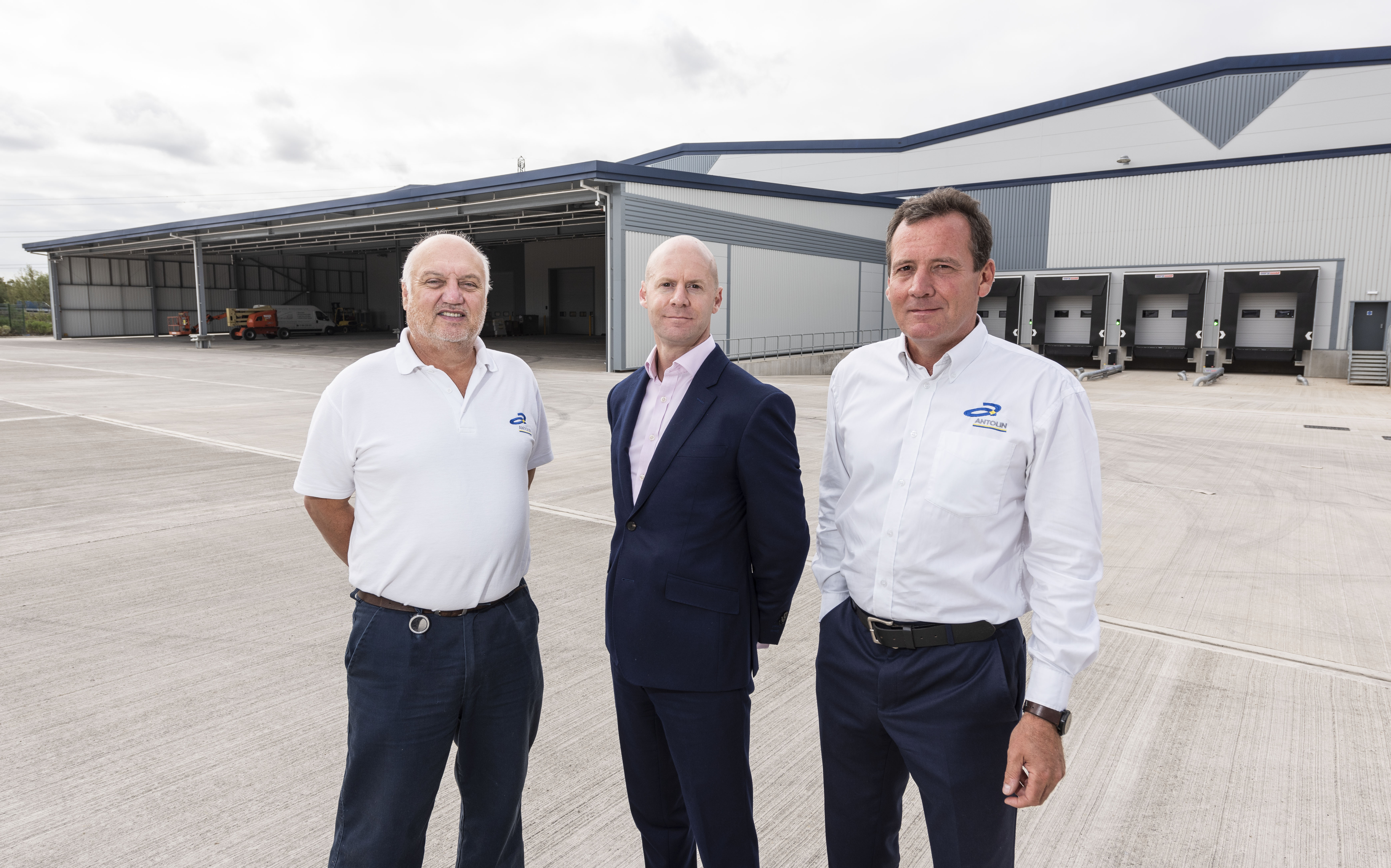 Grupo Antolin is a 1st tier automotive supplier of interior trim systems and components to major original equipment manufacturers from multiple sites throughout the UK. It will service clients including Midlands-based Jaguar Land Rover out of the new 113,000 sq ft unit.

St. Modwen delivered the unit specifically for the automotive company after the firm decided to expand its operations in Barton. Grupo Antolin originally joined the Business Park in 2007,taking up a 70,000 sq ft unit, which it has since outgrown.

Since moving to the site, the Spanish company has created a significant number of jobs for local people, with further opportunities created by the development of the new unit. St. Modwen undertook a rapid build programme to ensure the automotive company could begin servicing their clients, with building work starting in October last year (2017).

Ian Romano, Head of Commercial for the Midlands and North at St. Modwen, said:

“Grupo Antolin has been a fantastic tenant at Barton Business Park for more than a decade and we’re pleased to have been able to accommodate their expansion, with a much larger unit, on a very tight timescale. The new unit has been delivered to meet their operational needs and demonstrates St. Modwen’s ability to work closely with occupiers and future tenants to develop bespoke industrial space in a short period of time.”

“Our Barton facility has won a number of new contracts and as a result we needed to extend our manufacturing footprint with this new facility, more than doubling the original floor space. We have been a strategic sequence supplier to Toyota from this site since 2006 and JLR from 2015, receiving the JLRQ accreditation last year. This much needed space in such a prime location provides excellent opportunities for future growth, creating new jobs and contributing to the local economy for years to come.”

“We are very pleased that Grupo Antolin is expanding its operations here in Barton. To have a global brand that employs so many people in the area is fantastic and it’s a credit to St. Modwen that they have been able to accommodate this growth so efficiently.”

Barton Business Park is located on the A38, four miles south of Burton and six miles north of Lichfield. Current occupiers include Argos, CEVA Logistics, Bombardier and Pirelli.