Selco bowled over by Warwickshire partnership 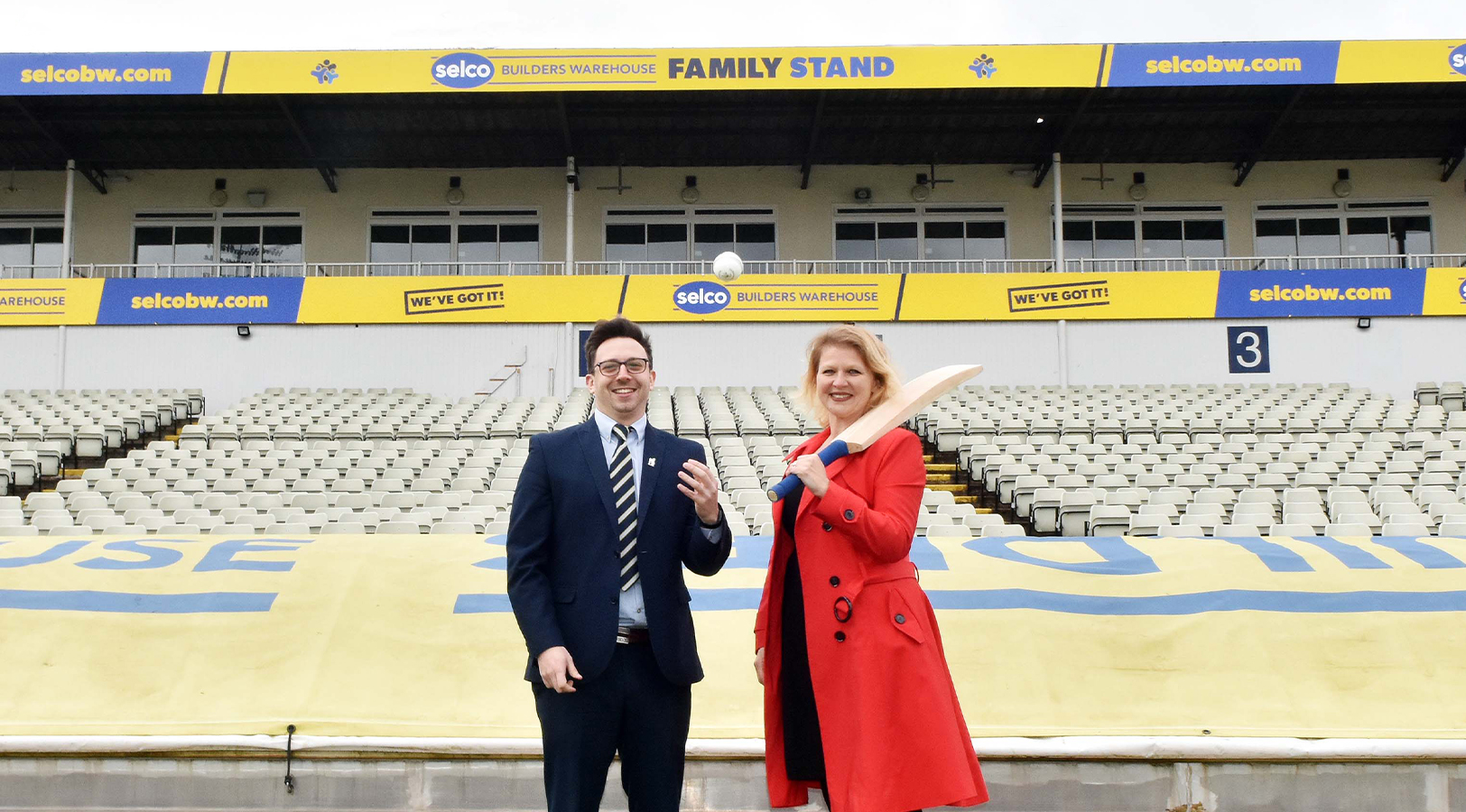 Selco, one of the UK’s leading builders merchants, will sponsor the Family Stand at Edgbaston Stadium for its extensive programme of international and domestic cricket in the 2022 season.

The deal ensures Selco’s sponsorship of Warwickshire will continue into an eighth year.

Selco has previously been a front of shirt partner for Warwickshire and Birmingham Bears in the Royal London One-Day Cup and the Vitality Blast, as well retaining branding rights throughout the stadium, including the hover cover protecting the pitch from the elements.

While Selco has an ever-expanding nationwide presence, its roots are firmly based in Birmingham with branches in Solihull, Tyseley, Tyburn, Perry Barr and Solihull and its Support Centre in Wythall.

“We have enjoyed a strong relationship with Warwickshire over many years and are delighted to extend that further.

“The club has enjoyed strong success in all formats over our time as a partner, not least winning the County Championship last year, and Edgbaston has built a reputation as an outstanding sporting venue in the UK.

“It’s a partnership which has worked brilliantly for both parties and we are excited to be sponsoring the Family Stand and supporting the next generation of cricket fans in the Midlands and beyond.

“We are already planning a busy and engaging year of activity to ensure we enhance the matchday experience for those attending Edgbaston, particularly in the T20 format.”

“Selco has been a loyal and valued partner for several years and we are delighted to extend the agreement further.

“Our family stand is an alcohol-free zone in 2022, as part of our plans to enhance the match day experience for those in attendance, so it’s great that Selco will be at the heart of that activity through the Family Stand sponsorship.”