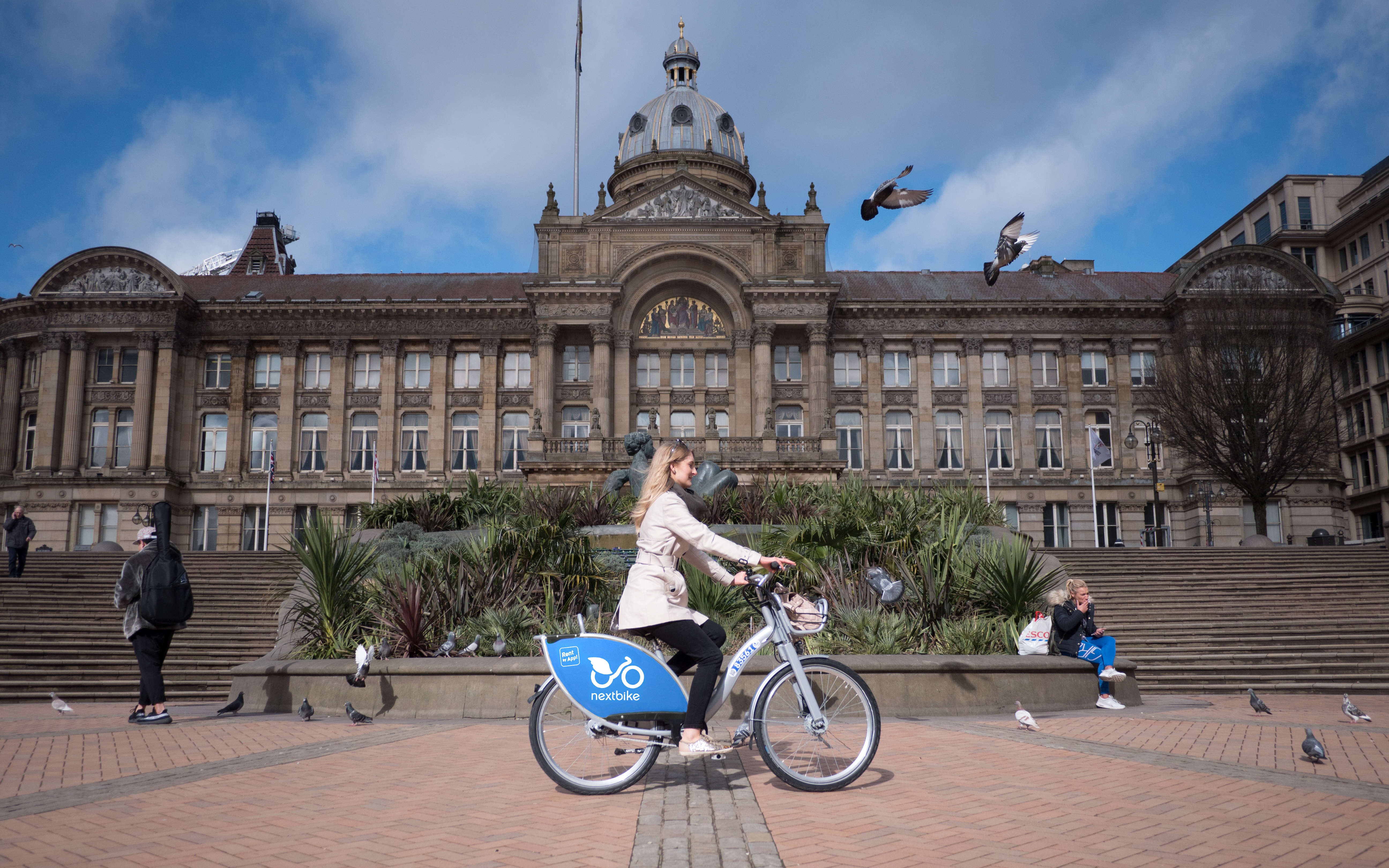 Unique opportunities to team up with the West Midlands pioneering bike share scheme are on offer to businesses and organisations.

With 5,000 bikes coming to the streets of the West Midlands this will be the UK’s largest bike share scheme outside London. And organisations of all sizes, not just global corporations, can get involved.

Phase one of the landmark programme, which launched on February 1, saw the scheme’s first 25 bikes available for self-service hire in Wolverhampton, along with five docking stations around the city.

Nextbike UK MD, Krysia Solheim, said initial interest in involvement from organisations in the region had been encouraging.

“The best bike share schemes have deep levels of engagement from organisations of all shapes and sizes. That’s what we need in the West Midlands, from the outset.

Packages include discounted memberships for employees, allowing organisations to encourage a healthier commute for their workers. The current Wolverhampton fleet is also available for month-to-month advertising, making it perfect for small-to-medium businesses to get involved on a short-term basis.

Nextbike is already surveying locations across the West Midlands in preparation for the next phase of the project, which will see hundreds of bikes on the streets by the end of the year.

“We’ve had lots of interest in our equipment partnership option, which includes having stations located outside offices or places of work. Employers are serious about providing transport options for their workforce and helping keep them healthy, and we are happy to co-locate stations to enable that.

“Our ultimate goal is to improve the quality of life in our regions by transforming the way people move throughout them. Our transportation strategies need to align more closely with our health, environmental, social, air quality and economic goals - and we cannot achieve that alone. It is going to take all of us, working together, to reshape our regions.”

The bike share scheme is one part of the larger strategy to increase cycling and active transit usage across the West Midlands.

“The people of the West Midlands are eagerly awaiting the arrival of these bikes. We know there is already a lot of enthusiasm.

“Launching the pilot Nextbikes in Wolverhampton was a brilliant start, and we look forward to rolling out the scheme across the region.

“I’d encourage businesses to get involved in sponsoring the scheme or partnering with Nextbike, to get their brand out there to people across the West Midlands and to support an important West Midlands project.

“The West Midlands bike share scheme is just one part of our plans to offer people healthy, sustainable and less polluting ways to get around our towns and cities which is why we are investing in cycle routes, buses, rail and the Metro.”

The initiative will see 5,000 bikes and 500 stations across the West Midlands, along with three planned service and maintenance hubs. It is expected to create 50 new jobs, including area managers, van drivers and mechanics. Docking stations will be located around key sites in the towns and cities involved, with bikes available 24 hours a day.  When launched, the scheme will be the UK’s first bike share scheme to be integrated with a region-wide smart ticketing system, and will be the largest bike share scheme outside of London.