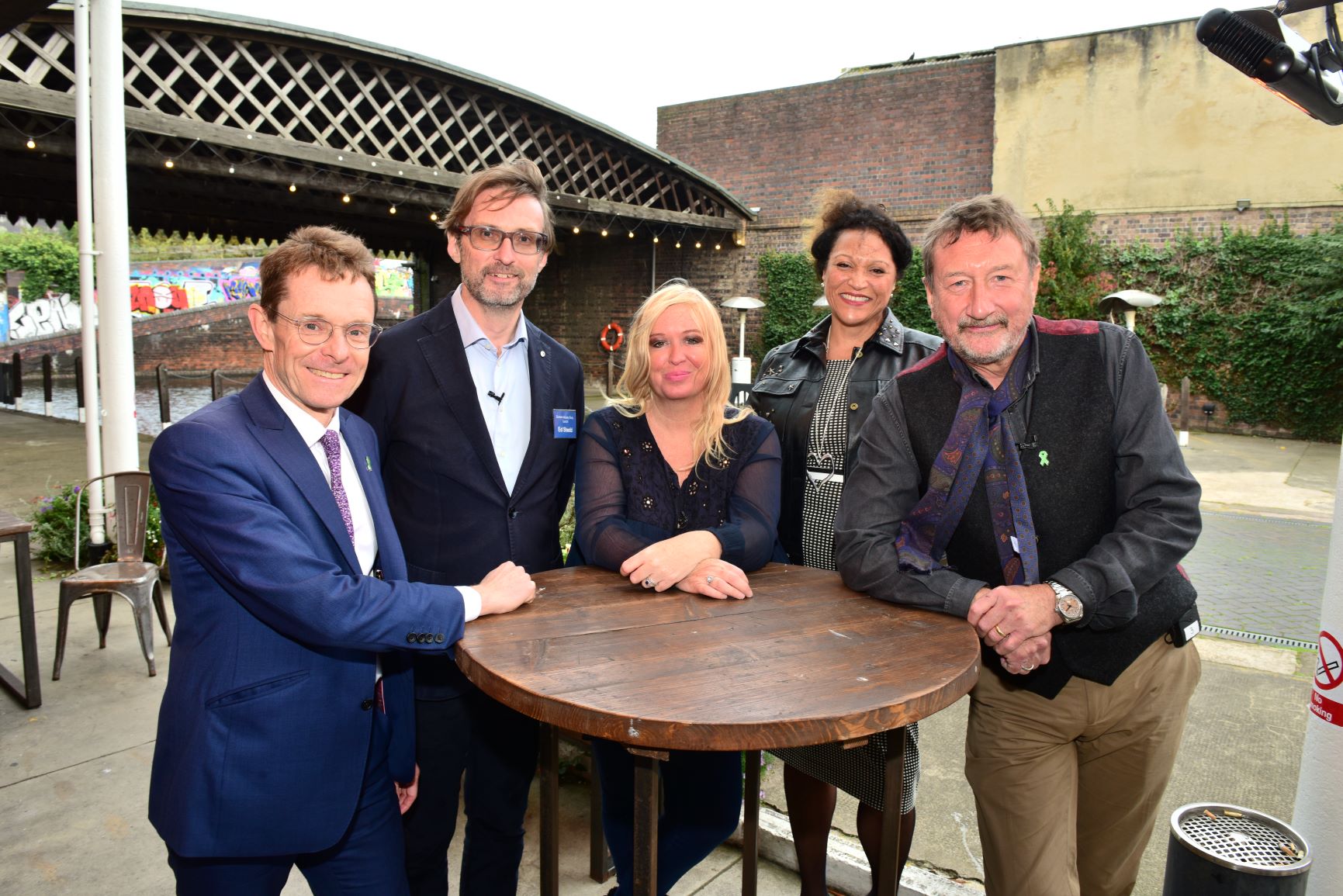 Some of the UK’s most creative individuals including Peaky Blinders writer Steven Knight have launched a powerful new body to turbo charge the region’s screen industry.

Create Central has been developed with national bodies including the BFI, ScreenSkills, UKie, Creative England, the Creative Industries Federation and PACT to build on the region’s existing creative and cultural talent and take it to the next level, helping to drive investment, growth and thousands of new jobs.

Unveiling the name, branding and website (www.createcentraluk.com) during an event at The Bond Company in Digbeth, Mr Street said:

“There has never been a better time to invest and support our creative sector in the West Midlands.

“This is a boom time for production in the industry with the likes of Amazon, Apple, Disney, and Netflix all investing hundreds of millions of pounds in original UK content. As the home of original story telling, our region has the tradition and talent to capitalise on this in a big way.

“The tales of Shakespeare and Tolkien still generate enormous value and interest to this day, and our modern-day storytellers are continuing this success with hits like Peaky Blinders, the Nativity franchise, and Citizen Khan.

“Create Central will harness the talent of the brightest and best people within the industry so we can turbo charge our creative sector and lead the way once again.”

The Mayor said the WMCA, which he chairs, would work with Create Central to deliver an innovative scheme to train more people for jobs in the film, TV and games sectors.

The WMCA will make up to £500,000 available to launch a series of pilot Create Central Bootcamps in collaboration with ScreenSkills, Ukie and local colleges and providers by the end of the year.

“We know we cannot grow our screen sector without the right talent and skills in place here in the West Midlands, which is why the WMCA in partnership with Create Central will be piloting new ways to help the industry source great local talent.”

He said the WMCA was looking to see 29,000 new, high skilled jobs in the digital and creative industries by 2030.

Create Central, which also includes Citizen Khan creator Adil Ray and will be chaired by international industry heavyweight Ed Shedd, will dovetail with the region’s wider cultural and tourism sector including the Royal Shakespeare Company and the forthcoming Coventry City of Culture in 2021.

“The West Midlands will be the big new everything in European film and television production.

“It will be bigger and better and the people who make the region what it is will be nurtured and inspired to make great moving image content. Watch this creative space.”

Create Central also aims to capitalise on the region’s status as the UK’s only city-wide 5G testbed - a technology it believes will be invaluable to digital and creative innovators including Leamington Spa’s internationally recognised games companies.

The area around the town has been dubbed Silicon Spa due to the concentration of games companies producing console blockbusters like, F1,Forza Horizon and Tom Clancy’s The Division.

“This new body is a key part of our industrial strategy which maps out how we will grow our economy in a way that benefits all our communities.

“Expanding our creative sector will support that growth and bring exciting new jobs and opportunities for local people. We will help equip them with the skills they will need to land those jobs.

“By putting the industry in the driving seat we can create an agile and responsive body that can make the most of the region’s existing opportunities and generate new ones.

“But Create Central cannot do this alone, it’s only going to be possible in real partnership with the many fantastic public initiatives in this region and nationally.”

The launch of the new body follows the 18-month long West Midlands Screen Bureau Project which was funded by the BFI through National Lottery funding from the Creative Clusters Growth Fund.

The project ended with the publication this week of the Clusters Development Plan which sets out a number of recommendations including the setting up of:

"We really congratulate the West Midlands for having the foresight to capitalise on one of the fastest growing sectors within the UK's creative industries which are worth over £100 billion to our economy today.

"This is great news for a whole range of businesses that will benefit from a thriving screen sector in the area, creating jobs and new international trading opportunities, and new opportunities for the next generation of creative storytellers in the West Midlands.”

“I am so excited about Create Central and the impact we will have on the West Midlands creative sector.

“We are perfectly positioned to respond to and benefit from the fundamental transformation the screen industries are undergoing, driven by the advent of near ubiquitous, high speed connectivity.

“I look forward to working with the industry, the WMCA and partners to help attract and stimulate our next generation of storytelling, be they telling that story on TV, film, social media, or games formats.

“And I also look forward to that next generation of storytellers enrapturing audiences, both locally and globally.”