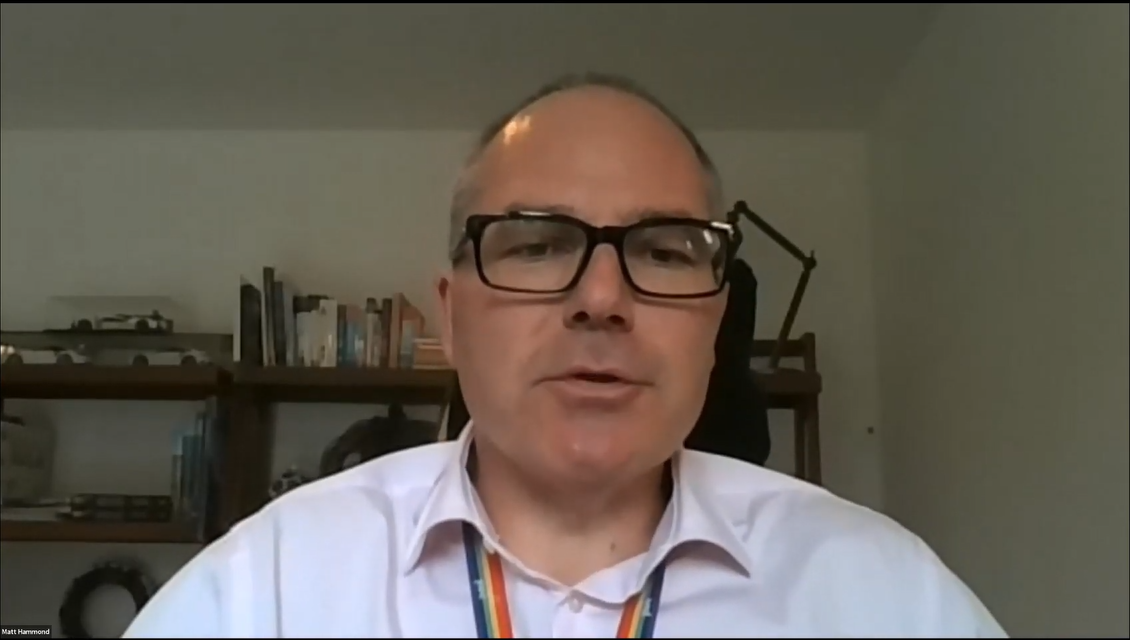 In preparation for the £24 million Business and Tourism Programme, WMGC have spent the last four months compiling a fresh iteration of the West Midlands’ investment focused sectoral narrative.

The narrative will underpin the inward investment campaign of the Business and Tourism Programme, ensuring that we are hyper-focused on the strengths, differentiators and opportunities within the region’s key sectors: data-driven healthcare, tech & creative, professional & financial services, industrial and low carbon.

The panel was led by WMGC Chair Matt Hammond - who headed the professional & financial services strand of the refresh – with panellists:

Matt started by setting the scene for the discussion:

“It has been critical for the Growth Company to seize the opportunity that is in front of us to ensure that the region is best placed to capitalise and generate much more in terms of additional growth and inclusive growth for all our stakeholders and communities across the region.”

“We need a consistent message and it needs to be sung by a choir of the public, private and academic sector voices as part of an initiative to promote the region and its technologies”, David Hardman – who led the life sciences strand of the project - explained when asked how the tech and life sciences narrative differed to previous iterations of trying to the sell the region’s innovation.

“The opportunities that are born from crises are one of the best drivers of innovation and this city region is highly innovative. We all know how digital has been accelerated by the COVID crisis – but it’s not just digital – it’s actually how that digital has been employed across sectors including health and life sciences.

“The speed of which new treatments have been developed and new vaccines have been produced, aided by artificial intelligence systems, has been crucial – which again provides opportunity for the region.”

Furthermore, David reaffirmed the importance of “getting back to the office and back to the city”:

“There’s around £70 million of investment going into the Life Sciences Campus and the Innovation Birmingham Campus. And the £210 million Birmingham Innovation Campus development over the coming years. These centres will act as a nucleating point for the health sector.

“During my work on the investment narrative refresh, it was very interesting that the region has all the elements necessary to take an innovation or idea, research it, develop it, manufacture it and distribute it, which is a unique selling point for the West Midlands.”

Sally Scott led the tech sector narrative refresh and pointed towards the importance of collaboration during the project:

“All of those views coming together gave us a unique breadth of perspective, in terms of identifying our strengths and making sure we were building a narrative that was playing to those strengths. But equally important identifying and exploring the region’s limitations to ensure the positioning was ‘honed’.”

The low carbon agenda is recognised as one of the UK’s biggest economic opportunities in the coming decades. As Mark Jones explained, “there is already a large scale of activity in the West Midlands, there’s over 94,000 jobs, it drives £12 billion of revenue and more than 5,000 business are already active in this space”.

The region already has a solid base for growth in the low carbon sector with the industry contributing more in average GVA to the West Midlands economy than any other UK region. And the sector is predicted to produce “10-11% year-on-year growth”.

“Analysis shows that the region’s future mobility sector accounts for 14% of the sector nationally. We were also crowned as the UK’s first future mobility zone and we host some major assets in the region – the Advanced Propulsion Centre and the UK Battery Industrialisation Centre. Some of those investments segue to making our investment narrative really attractive.”

“The region plays a crucial part in hosting many of the outstanding R&D capabilities in the UK.”

“Whether you’re in the rail industry, the highways industry, commercial property or any other sector, I think our region’s ability to design, configure and deliver outstanding assets with net-zero carbon at heart is going to be one of our differentiators.”

“This particular sector, and our ability to scale it up will drive our regional and national ambitions.”

It is well known that the West Midlands is at the heart of the UK automotive sector, with several automotive manufacturers based in the region including Jaguar Land Rover, Aston Martin Lagonda, BMW, LEVC and others.

The 2030 petrol and diesel car ban has demonstrated the importance of gearing up for the electric vehicle revolution. The region is already in talks to develop proposals for a Gigafactory in Coventry, but the West Midlands already has a strong base for automotive innovation, Liz McKenzie said:

“So, if you want to make something we continue to prove that the West Midlands is the place to do it.”

The West Midlands has long been perceived as an industrialised region, which relies heavily on its automotive sector. However, Liz McKenzie explained to delegates that although the region continues to be the centre of the UK’s manufacturing and engineering industry, with the sector accounting for 11.3% of total employment locally, the Business, Professional & Financial services sector is now the region’s largest sector. She said:

“The project really highlighted that although the perception of the West Midlands as a predominantly manufacturing region still prevail, in reality, our region’s economy is much more diversified than that.”

Making the most of the Commonwealth Games

Liz concluded the panel discussion with a passionate call to action for the region:

“We need to sing as one voice, altogether, loudly, harmoniously and engagingly because we’ve got a show to put on and that gives the West Midlands an edge.”

“A coordinated action plan is what we need to engage capital investors, business investors and visitors, to lobby government and for everyone to join in together.

“The good news is that the Business and Tourism Programme is all about that. Now it’s time to hit the go button – it’s a really exciting time for everybody.”

A word from Goldman Sachs

After the panel discussion, Matt Hammond was joined by special guest Gurjit Jagpal, Managing Director of Goldman Sachs (Head of Birmingham Office) who discussed the US banking giant’s recent choice to create a new office in the West Midlands.

The move will bring several hundred jobs to the region with engineering being the first division to build out in Birmingham.

If you are an organisation that would like to benefit from the growth of the West Midlands, please email sian.roberts@wmgrowth.com.

Businesses that are part of our commercial partner network are able to expand their networks with exclusive invites to events like Future in the Making, get access to important research and insights and gain increased exposure to their target markets.