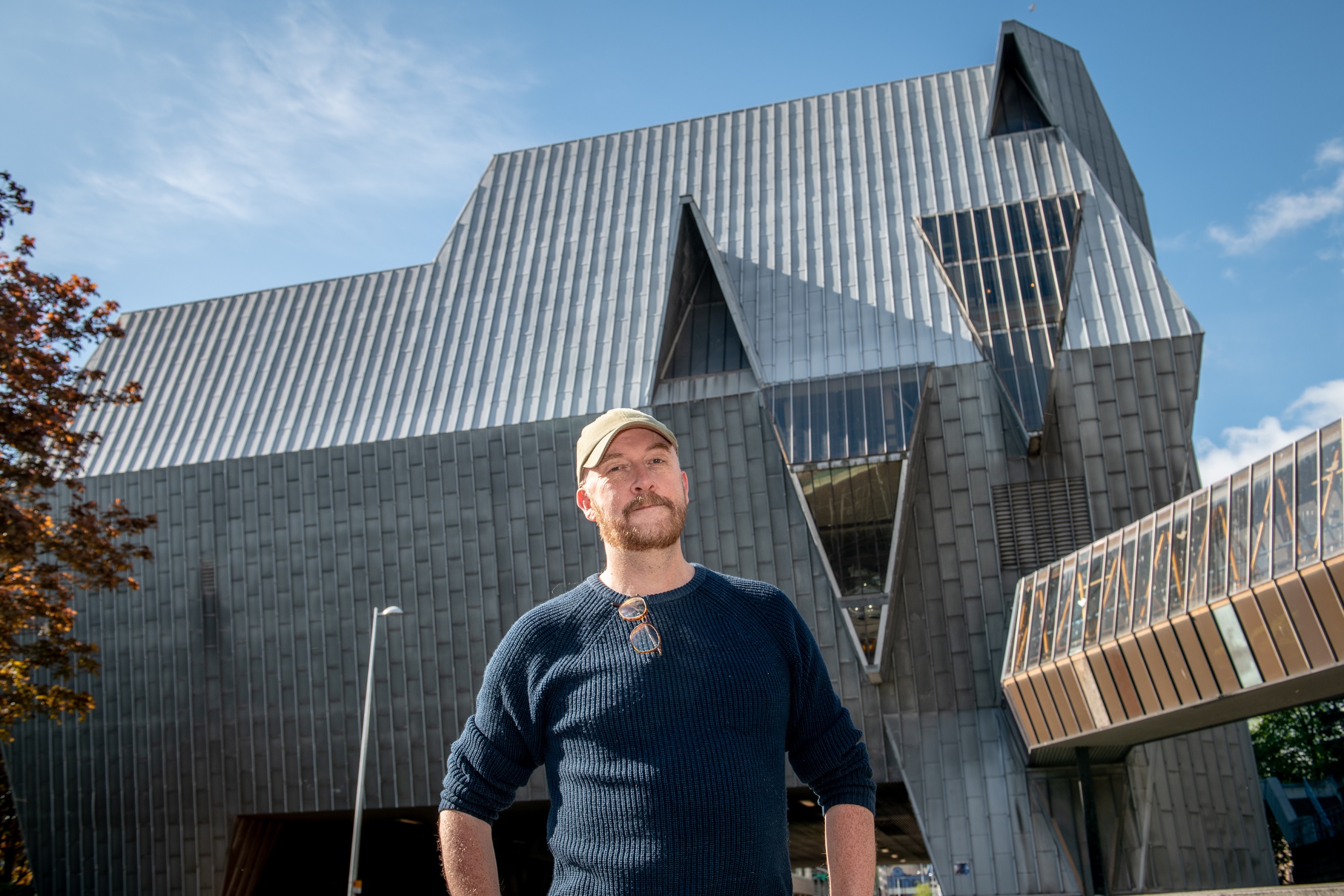 The people of Coventry are being invited to join together and play their part in the epic and unique final moment of Coventry Moves – the signature event for the year as UK City of Culture.

Coventry Moves, on Saturday 5 June, begins at 8am and will be enjoyed and experienced by the people of the city, region and across the nation online and through broadcast and will tell the story of Coventry and look ahead to its future.

It starts with a solitary voice and will culminate in a unique, once-in-a-lifetime, collective moment for the people of Coventry at 20:21, called Coventry Moves Together when the whole city will form an orchestra – simply by switching on their radios or web-based devices and tuning into one of the local or community radio stations taking part.

Composer and sound artist Dan Jones, who has worked in film and on other major commissions for UK City of Culture 2017 and Paralympic Games, has created a new piece of music – including the voices of Coventry schoolchildren.

The track has been split into multiple streams and will come together as a full piece of music when radio stations can be heard simultaneously.

So, families, friends and neighbours are being asked to head out to their doorsteps, into their gardens or on their balconies and tune into different streams so that the whole city can hear the full, eight-minute piece.

It is being implemented with the support and collaboration of local businesses and services such as libraries, faith groups, retail units, hotels, supermarkets, music venues, charities, transport networks and police, ambulance and fire services, which will join with the whole city in broadcasting one of the streams.

The piece has been inspired by the legendary Coventry-born composer and mathematician, Delia Derbyshire, and will be broadcast via BBC CWR, Hillz FM, Radio Panj, Radio Plus, Vanny FM, Fresh Radio, Arawak, Block Radio and Radio Abbey to create a world first moment – a city-wide surround sound musical performance.

The aim is to reach 350,000 individuals from all communities on their own doorsteps, in their gardens and at workplaces across the city. The piece will later be shared with the rest of the world through broadcast and online – but only after it has premiered on the doorsteps of Coventry.

Over the course of the last two months, Dan Jones worked with pupils at local primary schools to record contributions that will take centre stage in the piece. The work will build towards an ecstatic crescendo and final fanfare that brings with it the spirit of optimism and welcomes a future full of possibilities.

“We are turning Coventry and its radio stations into a giant surround sound system brought together by the people of Coventry using every sound source they can lay their hands on; car stereos, phones, TVs, radios and more. The more people who participate, the more magical the effect will become as the tunes and sounds echo from one device to another, as if between different players in an orchestra. It’s a reflection of the idea of community itself - our reliance on each other in good times and tough. Most of all, thanks to the participation of the kids, it’s a herald of our future together, and all the promise that holds."

“We are delighted to reveal Coventry Moves Together, the finale to an audacious day full of extraordinary surprises around the city. Conceived entirely during lockdown, Coventry Moves Together will mark a historic moment of shared experience, enabling the entire community to move as one and welcoming in the city’s year as UK City of Culture.

“We want every person in every community to be able to take part in this incredible moment for Coventry and to start talking to their neighbours now about how they might share this special moment in a safe way.”

Coventry Moves Together is an evolution of Dan Jones’s previous body of work and builds on his thinking about how a large-scale audio artwork can be created with surround sound, using it to make people the stars of the piece.