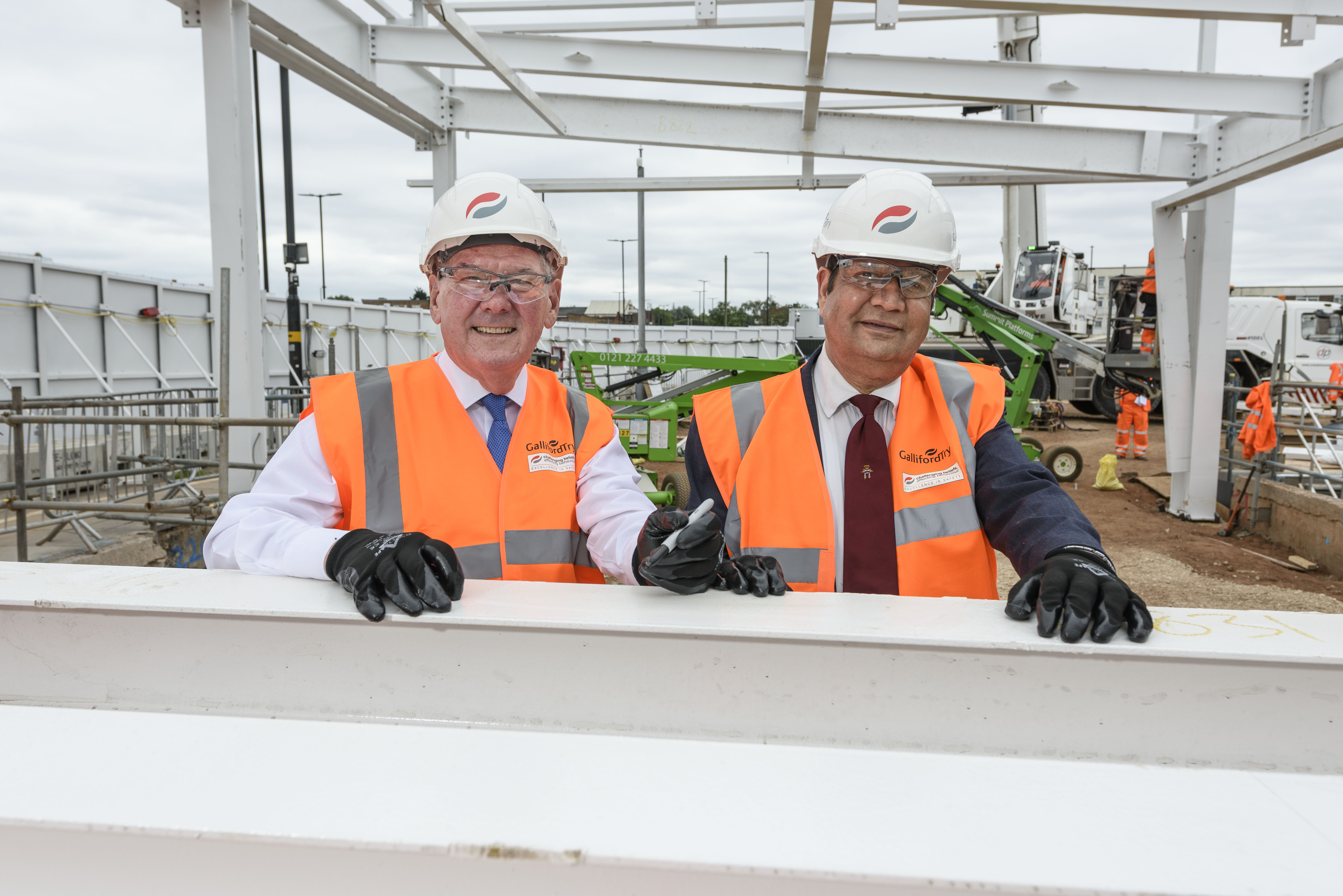 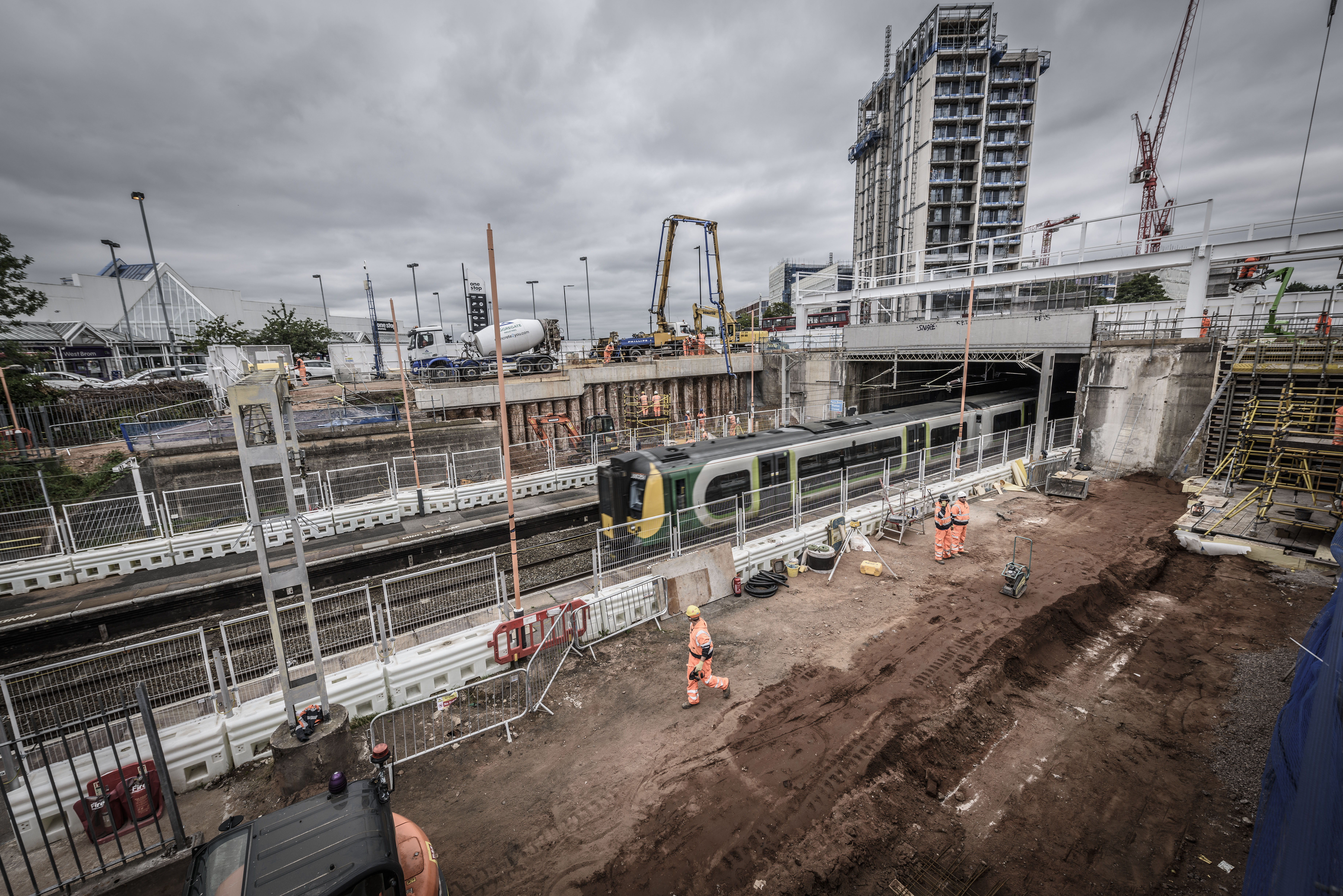 Rapid progress is being made on the development of the new Perry Barr Railway Station ahead of next year’s Birmingham 2022 Commonwealth Games.

A steel frame which will support the new station building is now taking shape on site as work continues at pace to get the structure ready for opening next spring.

Deputy Mayor of the West Midlands Cllr Bob Sleigh was among guests to visit the site to see how the £30.9 million development project is proceeding and sign the steel girders – thus preserving their names on the building for posterity.

When complete, the new, fully accessible station will include a ticket office, toilets and baby change facilities, lifts and new stairs to the platforms. It is replacing what was regarded as one of the most unattractive railway stations in the region.

Work is also soon to start on the linked redevelopment of the bus interchange outside One Stop Shopping Centre next door.

“It was only a few weeks ago that the old station was demolished so it is encouraging to see such rapid progress being made on site.

“This railway station will not only be a new gateway for visitors to Alexander Stadium for the Commonwealth Games next year, but also provide a more welcoming and accessible facility for residents of Perry Barr for years to come.

“This investment in rail and bus travel will be complemented by the development of the Sprint rapid bus service on the A34 and new cycling and walking routes to offer residents alternatives to the car and help the region achieve its ambition to be net-zero carbon by 2041.”

The station and bus interchange are just one part of a wider £500 million plus investment in Perry Barr led by Birmingham City Council. The Perry Barr regeneration programme will see the delivery of new homes, improvements to public transport, walking and cycling routes, new community facilities and lively public spaces to make it the most well-connected area in the region.

“I’m pleased to see the progress being made on the new station.

“The project is a key part of our overall aim to better connect Perry Barr to other parts of the city, as well as to improve the way people move around the area, giving priority to public transport, pedestrians, and cyclists. This will benefit residents and the travelling public not only during the Commonwealth Games, but well into the future.”

Birmingham 2022 Commonwealth Games, which runs between 28 July and 8 August, is expected to attract up to one million visitors. Proposals to help make it the greenest Games ever held have already been drawn up, including a draft Commonwealth Games Transport Plan.