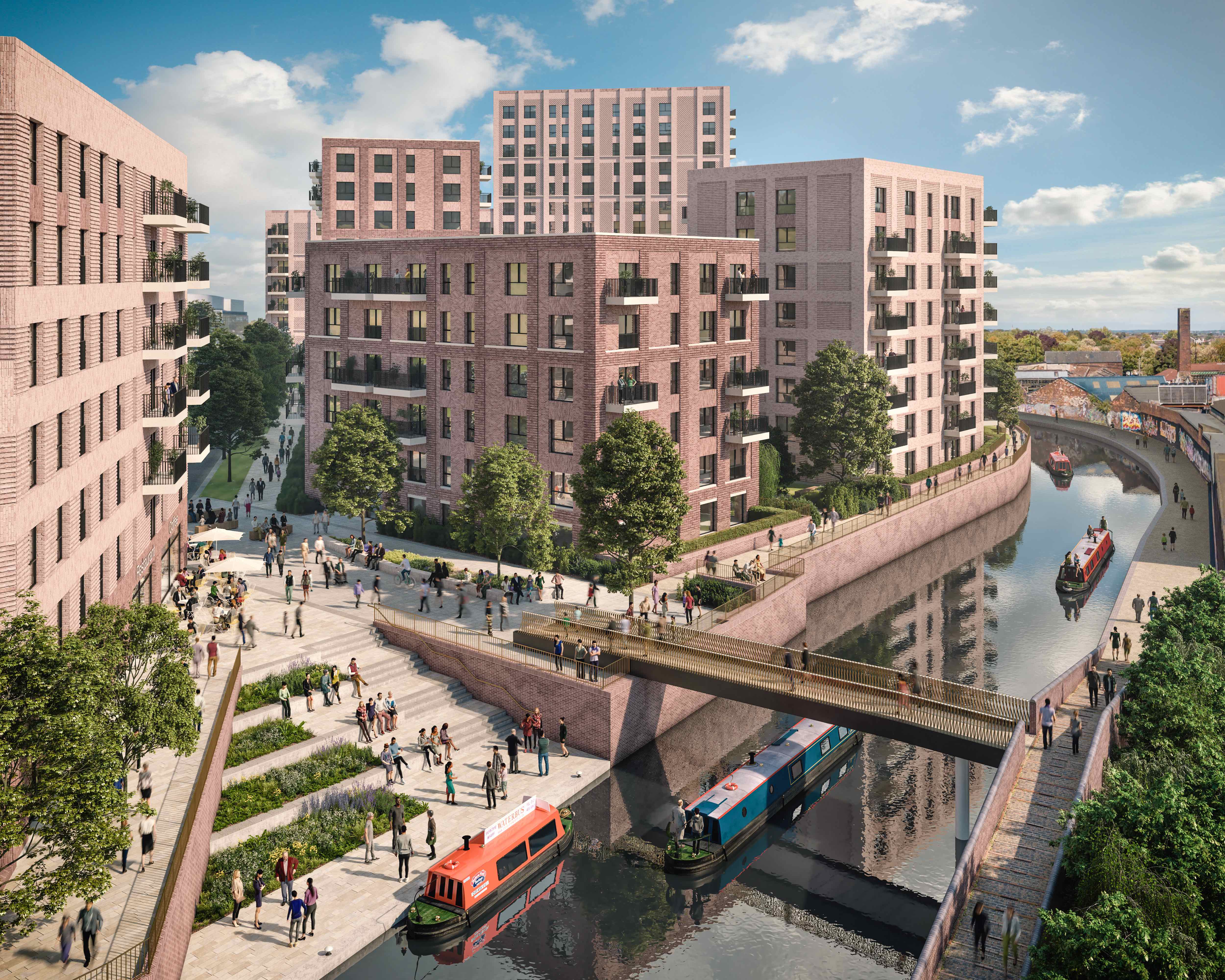 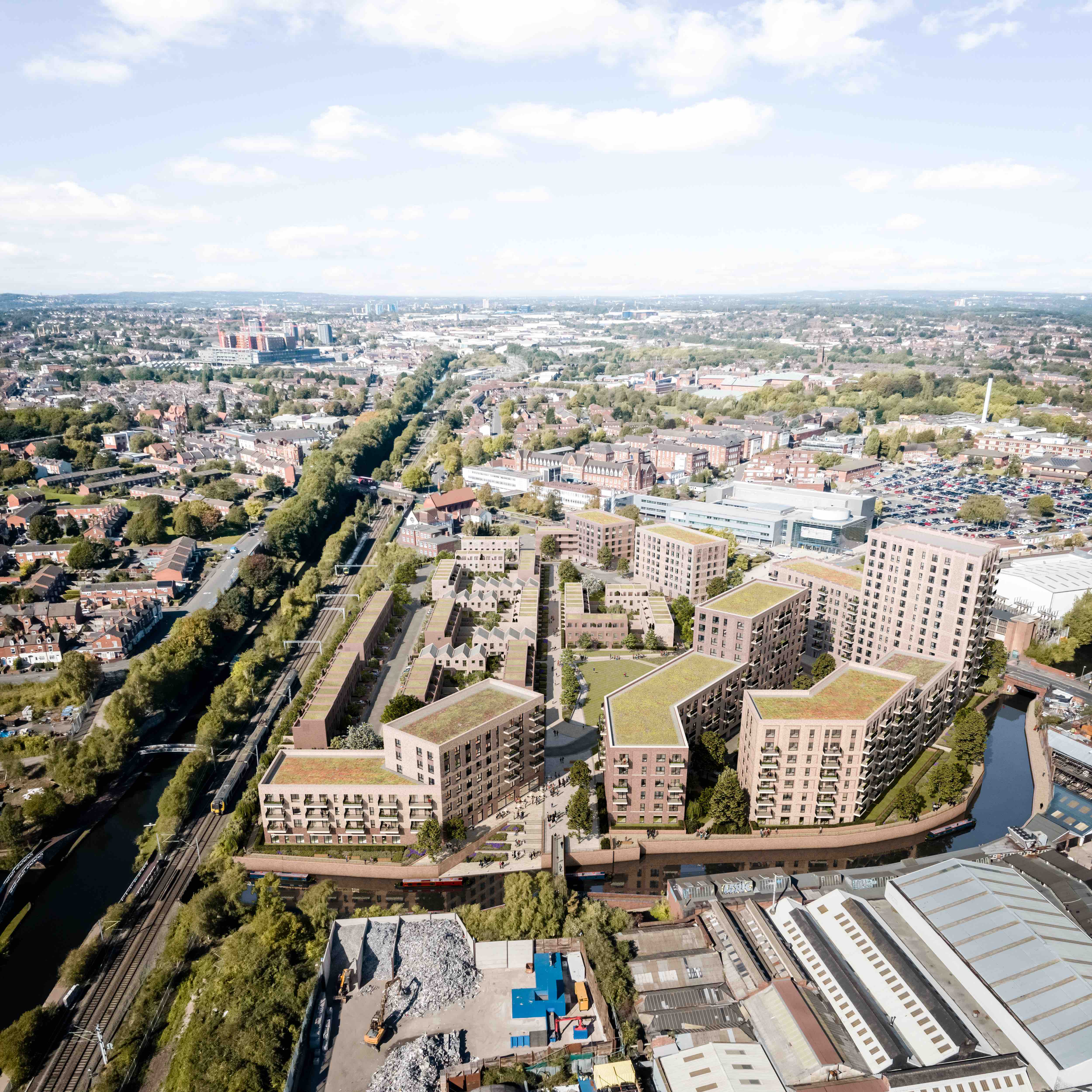 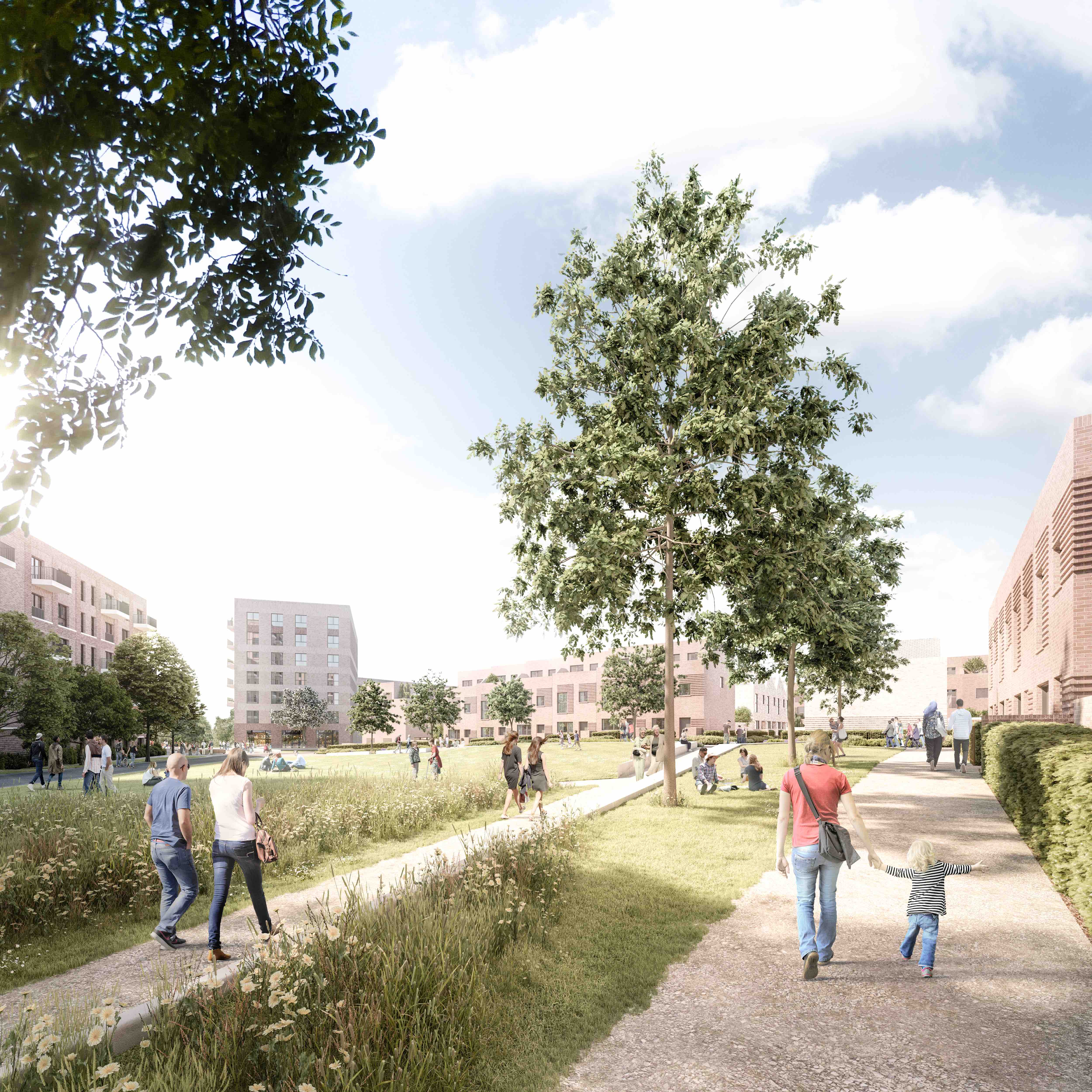 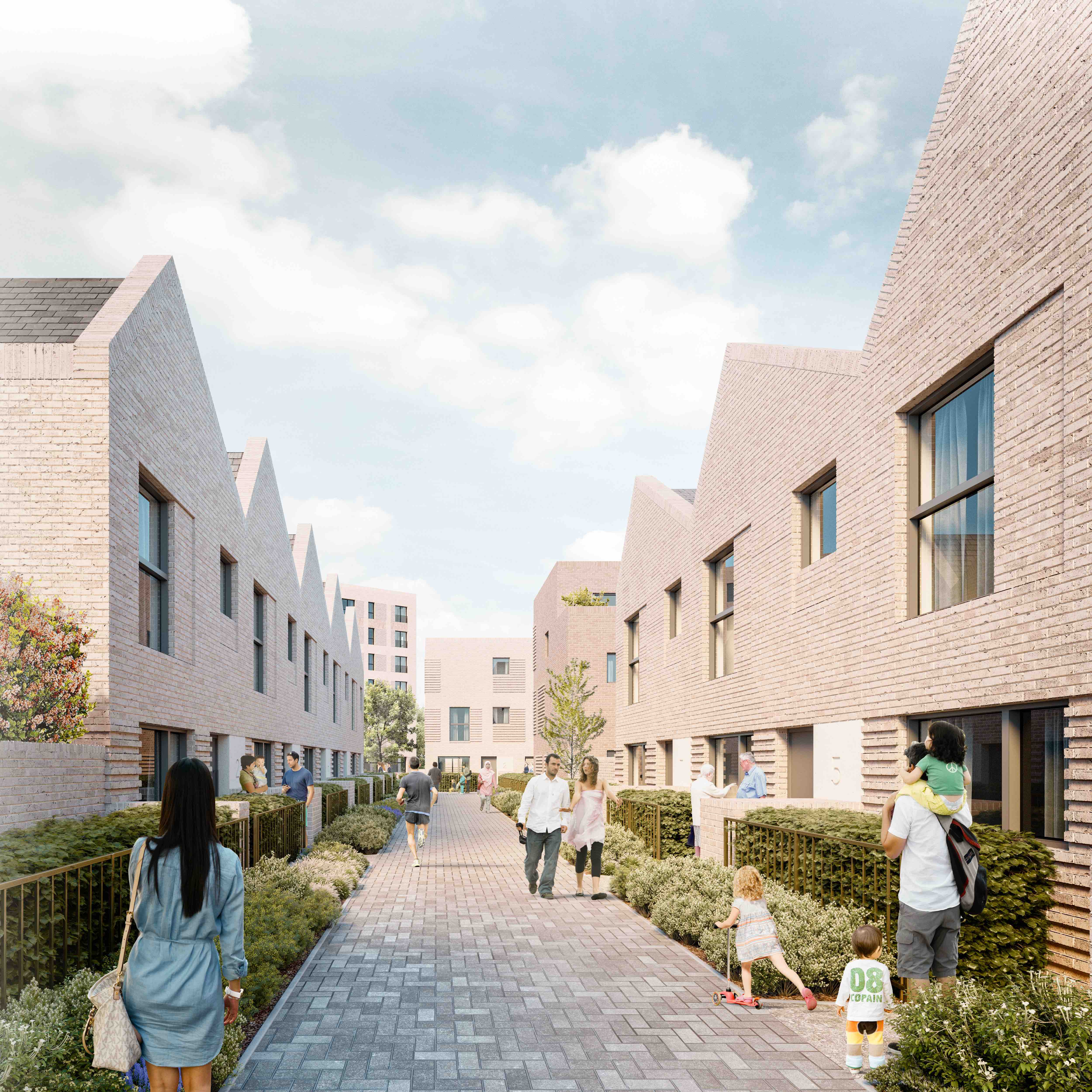 Plans to build more than 750 new homes on a derelict site on Birmingham’s Main Line Canal have been approved by Birmingham City Council.

The decision paves the way for the £165million urban regeneration scheme, which will comprise 102 two and three-bedroom townhouses and 650 one and two-bedroom apartments, more than 10,000 sq ft of commercial space, new public realm, parks and gardens, and shared amenity spaces.

New pedestrian, cycle and vehicle routes will also be created to enable public access through the site, with a new canal bridge connecting the area with the existing towpath to provide a direct route into the city centre. A public waterfront space will make the most of the scheme’s canal-side location.

Called Soho Wharf, the scheme has been designed and master-planned by Claridge Architects, which worked with the joint venture partnership on its Timber Yard development in Southside.

“Our vision for Soho Wharf is to deliver a residential-led, mixed-use scheme that will be truly transformative for Birmingham. We are pleased the council shares our vision for the site.

“The approved scheme forms part of the Greater Icknield Masterplan, the largest brownfield housing-led redevelopment framework within Birmingham and is therefore strategically important for the long-term regeneration of the area, which is already undergoing major change.

“Soho Wharf is the next big development opportunity and with planning now in place we’re excited to be bringing the project forward and helping the council achieve its ambition of creating more homes and attractive places to live for the people of Birmingham.”

The development is located on a 11.7-acre site on Dudley Road, opposite Birmingham City Hospital, bound by Spring Hill and Western Road, and the Main Line Canal. Birmingham city centre is a 15 minute walk away, with Brindleyplace just ten minutes.

Historically, the site was partially occupied by a large glasshouse in the late 18th century and was known as Park Glass House. The building was constructed by local glasscutter Isaac Hawker to store and transport his glass products along the canal. The glassworks were demolished in the 1870s and replaced by silverworks.

As part of Birmingham’s expansion throughout the 19th and 20th century, the site and surrounding area were redeveloped with various industrial and residential properties.

“Throughout history, the site has played an important part in the development of the city, through the provision of jobs at the factories and the homes that once occupied the site.

“Strategically located between Edgbaston and Jewellery Quarter, Soho Wharf will be the start of a new chapter, bringing the site back to life and enhancing the local area with a design-led urban scheme that provides a mix of homes, commercial space, amenities and public realm.”

The joint venture between Galliard Homes and Apsley House Capital was formed in 2016 with the aim of acquiring brownfield sites in the West Midlands to provide quality mixed-use schemes. The partnership has already amassed a sizeable portfolio, with five sites in Birmingham, with a gross development value in excess of £500 million.

In addition to Soho Wharf, the sites include Timber Yard in Southside, St Paul’s Quarter in the Jewellery Quarter, Belgrave Middleway, and B1 Summer Hill Way.

At Timber Yard, more than 65 per cent of the 379-apartment scheme is already sold, with sales totalling £61million. Construction is scheduled to be completed in 2021.