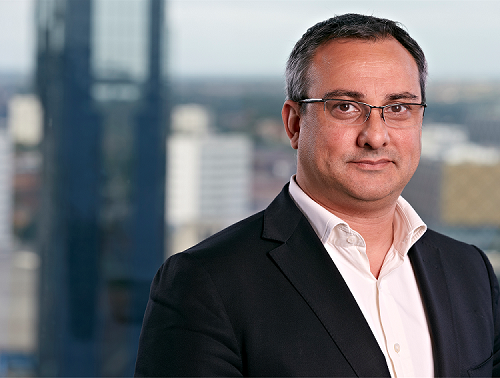 The UK's local economies can play a huge part in creating a 'Global Britain', but they must be given the autonomy to attract FDI and level themselves up.

Levelling up the UK’s economy has been a central theme of this government’s agenda, cemented by the new Levelling Up white paper released in early February, and with good reason; the UK has one of the most imbalanced economies in the developed world. This has to change.

Until this point, the government’s leading measure to tackle the issue was the development of the Levelling-up Fund – a £4.8bn ($6.5bn) investment to support high-street regeneration and local transport projects and cultural assets. There was also the ‘Towns Fund’, a pot of £3.6bn that is being distributed to areas across England to support initiatives such as street cleaning and turning derelict buildings into new homes. This will now be bolstered by the 12 missions to create fairer societies and more equal economies across the UK by 2030. There is further good news, with promises to significantly increase public research and development spending outside of the South East of England, and a commitment to drive housebuilding up and down the country.

The role of FDI in levelling up the UK

The money behind levelling up doesn’t just have to come from taxpayers, however. It can and must be supported by foreign direct investment (FDI). To level up is to reduce inequality between places while improving outcomes in all places. FDI does this by creating a more competitive business environment, retaining and attracting talent, and contributing to increased exports. Most importantly, these benefits lead to economic growth and better social conditions through employment and innovation – creating more prosperous and sustainable local economies.

Foreign-owned businesses are significant contributors to the national economy, employing nearly 16% of the UK workforce and generating 40% of turnover, according to the Office for National Statistics. The UK is well established as one of the world’s most attractive destinations for FDI. We should be proud of our appeal to international investors. The country’s inherent strengths, including our skilled workforce and heritage around innovation, has attracted inward investment that has generated one in five of the UK’s new jobs over the past decade. In the West Midlands alone, 4,443 new jobs were created from 145 FDI projects in 2021 – 9.4% of the UK’s total FDI.

However, this allocation of jobs and investment remains overly concentrated in London. In the two decades to 2016, the number of foreign investments made in the capital more than tripled, while the number of projects in the rest of the UK fell by 15%. There is simply no reason this should be the case – the advantages that make the UK so attractive are not limited to London. As Prime Minister Boris Johnson said in July 2021: “Talent, energy, enthusiasm and flair are evenly spread across the UK” – so why shouldn’t inward investment follow suit?

The threat of increased competition and aggressive protectionism and repatriation looms large. Mainland Europe and the devolved administrations have the powers, funds and institutions to mobilise incentives to both attract and retain investment in ways that English regions do not. This threatens the UK’s pipeline and existing foreign-owned base. The measures and funds announced in the Levelling Up white paper will do much to address key site-selection factors that have long made the UK such an attractive destination for FDI – but there is more to be done to ensure we remain competitive, and to ensure that regional economies benefit from the Global Britain agenda.

The white paper says that negotiations will begin for ‘trailblazer’ devolution deals with the West Midlands and Greater Manchester to extend our powers. Arguably, more so than short-term cash injections, it is this commitment to structural reform of governance and economic management that promises so much. If the government is truly committed to the long-term economic health of our regions, it will be imperative that the new devolved structure allows authorities more autonomy to raise and distribute funds, as well as offer subsidies and incentives that can facilitate trade and investment. We must further our powers to level up the competition with devolved administrations and mainland Europe to attract these investors. If we want to pursue the government’s vision of a Global Britain, we need to support our regions to promote their appeal further to international audiences and investors.

Levelling up in the West Midlands

In July, Birmingham will be hosting the 2022 Commonwealth Games. It is an important platform for Brand UK, that will also put the West Midlands in the spotlight with major trade partners, including India, Singapore, Malaysia, Australia and Canada – an audience of 1.5 billion people. There is an opportunity to build on the region and the UK’s existing economic ties with these Commonwealth markets. Tata Group’s stewardship of Jaguar Land Rover is a great example of this relationship – the manufacturer is now a leading innovator in the sector, working closely with the automotive cluster and academia in the West Midlands to grow its employment base to more than 30,000 people in 16 sites across the UK. To attract the next Tata to the region we need the support levers to offer incentives that are as compelling as our investment propositions.

As the first-ever net-zero Commonwealth Games, Birmingham 2022 will also showcase the UK and West Midlands’ position as the home of the green industrial revolution. Greentech and innovation from across the UK will drive our carbon-zero economy, and regions such as the West Midlands, with its leading cluster of automotive research facilities and global manufacturers, will be pivotal to this. These sectors fly the flag for British talent, innovation and ingenuity, which makes us so appealing to international investors. We are delighted that the West Midlands will receive further funding to support tech growth after being identified as an innovation accelerator. A Department for Digital, Culture, Media and Sport study in 2021 showed that the West Midlands has the fastest-growing tech sector in the UK, highlight the exciting opportunity for the region.

If this government is truly committed to levelling up it must think local to act global. The unique proposition we offer up and down the country is a truly compelling and attractive one for investors, and we must be given a fair opportunity to promote this. The government’s white paper is a welcome step forward and acknowledges the potential of FDI to drive levelling up (along with the current challenges), but falls short on commitments and policy reform required to help level-up inward investment. Much now hinges on the upcoming devolution deal negotiations to ensure that mayors have the powers, the funding and the mandates they need to drive this agenda from and for the communities they serve.