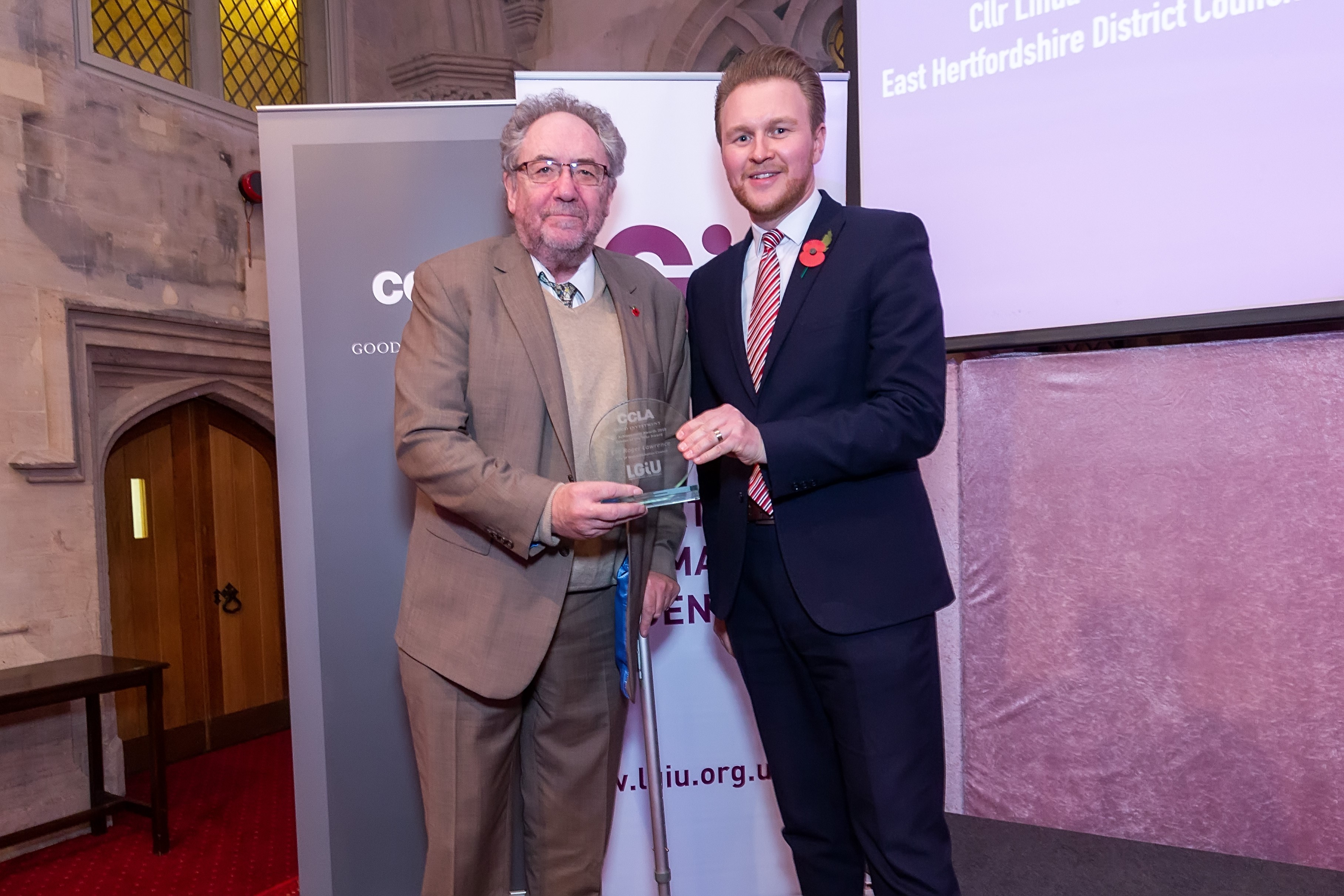 Leader of City of Wolverhampton Council, Cllr Roger Lawrence, has been named ‘Leader of the Year’ at a prestigious national award ceremony.

Cllr Lawrence was recognised at the Local Government Information Network (LGiU) Councillor Awards at an event attended by more than 200 of his peers from across the country at London’s Guildhall this week.

Judges acknowledged his “inspirational leadership” of the council which has enabled Wolverhampton to go from “strength to strength”.

A statement from the LGiU said:

“Not only has Councillor Roger Lawrence shown consistently strong leadership in implementing a long-term vision for Wolverhampton, but has also had an important impact on a regional and national level through his work setting up the West Midlands Combined Authority.

“In addition, he has had an important impact on local employment with the successful Wolves@Work scheme and through the impressive regeneration projects he has overseen.”

“I am pleased that the city has been recognised for our collective achievements once again. This award is not for me, but for the people of the city and the wider region who have sought to deliver transformation and deliver services in difficult times.

“I was up against some very worthy competitors. I would like to thank colleagues from across the political spectrum because without their support I would not have been in the running for this award.”

Two other Wolverhampton councillors had also been shortlisted for an award at the ceremony.

The LGiU Councillor Achievement Awards are the only awards celebrating the important work of councillors and elected members.

The Local Government Information Unit (LGiU) is a London-based thinktank and registered charity. Established in 1983 as a membership organisation for UK local authorities, the LGiU states that its mission is to strengthen local democracy and put citizens in control of their own lives, communities and services.