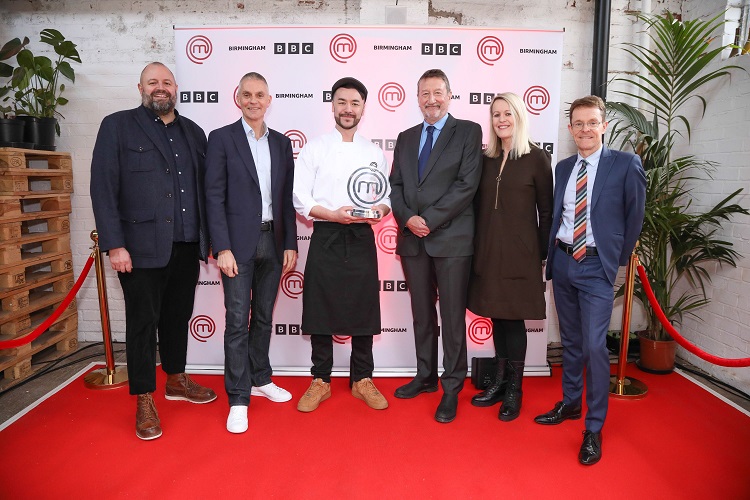 The BBC has announced that the iconic MasterChef series of programmes will be coming to Birmingham. This is great news for the growing creative content quarter in Digbeth where the show will be based.

The BBC and MasterChef producer, Shine TV, (part of Banijay UK), have agreed a multi-series deal, which sees the production move out of London for the first time since 2001* and a commitment to MasterChef titles on the BBC for six years.

As part of the BBC’s Across the UK plans, all of MasterChef’s four series will be made at the brand-new Digbeth Loc. Studios complex in the Digbeth area of Birmingham from 2024 - which includes: BBC One’s MasterChef, MasterChef: The Professionals, Celebrity MasterChef and the recently announced Young MasterChef (WT) for BBC Three, as well as any festive editions.

“We said we would create jobs and investment, bringing decision-making and productions to the West Midlands as part of our Across the UK plans. Moving one of our biggest programme brands shows we are making that a reality. This is great news for Birmingham and the BBC.”

“MasterChef is one of the BBC’s biggest Entertainment shows and today’s announcement demonstrates our commitment to the brand and the city of Birmingham. It’s an exciting new chapter and its move to one of the UK’s youngest and most diverse cities will provide many opportunities in the area to support an already thriving production sector.”

“The MasterChef family of programmes coming to the West Midlands is wonderful news. Create Central’s new, long-term partnership with the BBC is all about attracting high-profile productions and investment to the region. This is just the start of the BBC’s investment in the region which generates a wider creative evolution, with the licence fee acting as venture capital for our local creative economy.”

The exciting proposals set out in “The BBC Across the UK” plan give even more prominence to stories from communities across the region as part of the biggest creative and journalistic reshaping of the BBC in its history.

MasterChef series of programmes coming to Birmingham is the first title to make the move, with at least one new primetime drama series and one new primetime entertainment series to be commissioned in the region; alongside significant investment in training and development for new entrants to the industry.

“Working with the BBC’s new Director General Tim Davie we have secured a significant new commitment to the region, which includes production of prime-time shows and relocation of BBC departments.

“Today’s announcement of this iconic international brand coming to the West Midlands is a real vote of confidence, and the first major step of this new renewed commitment to the region by the BBC.

“It is also a real statement of intent by the West Midlands as we begin to turbo-charge our creative sector, and one that will help drive opportunities and jobs for local talent.”

“Creativity is the driving force of our region, with screen industries representing a longstanding and growing area of economic and cultural opportunity. The MasterChef series coming to the region not only cements our position as a successful media backdrop, but also as an important culinary destination, with this week also marking the award of an 11th Michelin star restaurant in the West Midlands, Upstairs by Tom Shepherd.

“In addition to cementing the region’s influential position in gastronomy, we’re pleased to have played an instrumental role in securing an investment that will shape and level-up on-screen representation.”

"I'm delighted to welcome MasterChef to Birmingham and today's announcement that production of the hit BBC show is moving from London to Digbeth just underlines our growing status as a fantastic, creative culinary city.

Birmingham is fast becoming one of the UK’s prime locations for production and filming, and we have the talent and creativity needed to make this move a resounding success, as we create jobs and opportunities for our young and talented population."

With the Birmingham Commonwealth Games, Unboxed Festival, the opening of The Bond: Creative Content Hub for the West Midlands, the Creative Cities Convention in April and so much more going on, there is a lot to be excited about!