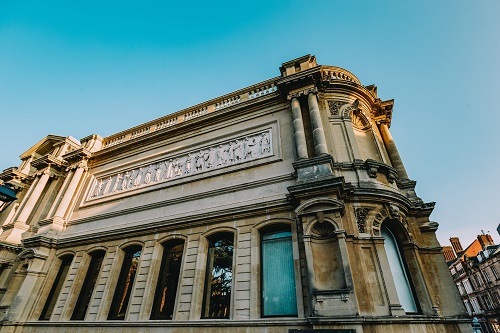 Bringing together professionals from one of the fastest growing sports in the world, the League was launched in the city of Wolverhampton to mark the prominent role of the Midlands in British Kabaddi, with the eight competing teams including, Birmingham Bulls, Wolverhampton Wolfpack, Walsall Hunters and Leicester Warriors, alongside London Lions, Edinburgh Eagles, Glasgow Unicorns and Manchester Raiders.

The League has been established by English and Scottish Kabaddi, with support from the West Midlands Growth Company – the region’s economic development agency.

Kabaddi, a contact team sport originating from India, is one of the fastest growing sports in the world, and the second most popular sport in South Asia, following cricket.

In the past decade, a range of national and international Kabaddi leagues have established rising in popularity, such as the Pro Kabaddi League in India and the Kabaddi World Cup, which features top teams from India, the US, Canada, the UK and Australia compete to be crowned world champions.

Building on the popularity of the sport across the world, the league aims to engage and empower the five million people of British Asian heritage in the UK, as well as promoting physical activity and wellbeing amongst ethnically diverse communities.

The establishment of the league has been supported by the Birmingham 2022 Commonwealth Games Business and Tourism Programme (BATP), which aims to capitalise on the Games to create long-term economic legacy in the West Midlands and wider UK, bolstering trade and tourism links across the Commonwealth nations.

The arrival of the British Kabaddi League follows the launch of the BATP’s Major Sporting Events Strategy, where objectives include the elevation of the West Midlands’ status as a nationally and internationally recognised host of major sporting events.

Birmingham and the West Midlands has a proud and extensive history hosting international sporting events, including the IAAF World Indoor Athletics Championships, the World Gymnastics Championships, the Cricket World Cup, and the Ashes. This year, the region will host the Birmingham 2022 Commonwealth Games between 28 July and 8 August - the second-largest sporting event ever hosted in the UK behind the 2012 London Olympics.

"We're delighted to be joining other major nations in establishing our first, competitive Kabaddi league. This will build on the popularity of one of the world's fastest growing sports, which is already thriving in communities right across the UK.

“We hope this new league, backed by the Birmingham 2022 Business and Tourism Programme and launching in the host region for this summer's Commonwealth Games, goes from strength to strength."

“We are delighted that so many people from different and diverse backgrounds have come together to present this amazing sports project. The BKL was created by the communities and will be used to promote positive community engagement and celebrate cultural diversity.”

Ashok Das, President of BKL and the World Kabaddi, said:

“I have been involved with the sport of Kabaddi for over 40 years and our Kabaddi family of Kabaddi playing nations is now 50 strong. We have organised events all over the globe, but the BKL sets a benchmark for new Kabaddi league outside of India. The BKL will further empower us to reach out and bring people together serving a common goal of promoting health and wellbeing.

“We as an organisation thank the BBC for giving us the opportunity to contribute, we have manged to get here today due to a dedicated group of amateur people who are passionate about sport and their communities.”

“The inaugural British Kabaddi League is a tangible legacy outcome of the Birmingham 2022 Commonwealth Games Business and Tourism Programme, reflecting the Programme’s aims to cement a shared economic and cultural vision with Commonwealth nations. It shows our Major Sporting Events strategy in action, highlighting the West Midlands’ reputation as a destination for sporting excellence.”

“Wolverhampton is a proud sporting city familiar with staging major events like the Grand Slam of Darts and World Snooker Players’ Championship. It is also home to Premier League high-fliers, Wolverhampton Wanderers Football Club, Wolves Speedway and a nationally renowned racecourse. Our city is also set to stage the Commonwealth Games cycling time trial this summer.

“To add the first tournament of the inaugural British Kabaddi League to our sporting calendar is a major honour for Wolverhampton and symbolises our commitment to improving physical activity across communities.

“It is part of our five-year events strategy that we estimate will bring two million visitors to our city and boost the local economy by around £60million.

“I would like to wish the best of luck to all those competing in the British Kabaddi League, with a special mention to Wolverhampton Wolfpack, who will be proudly representing our city.”