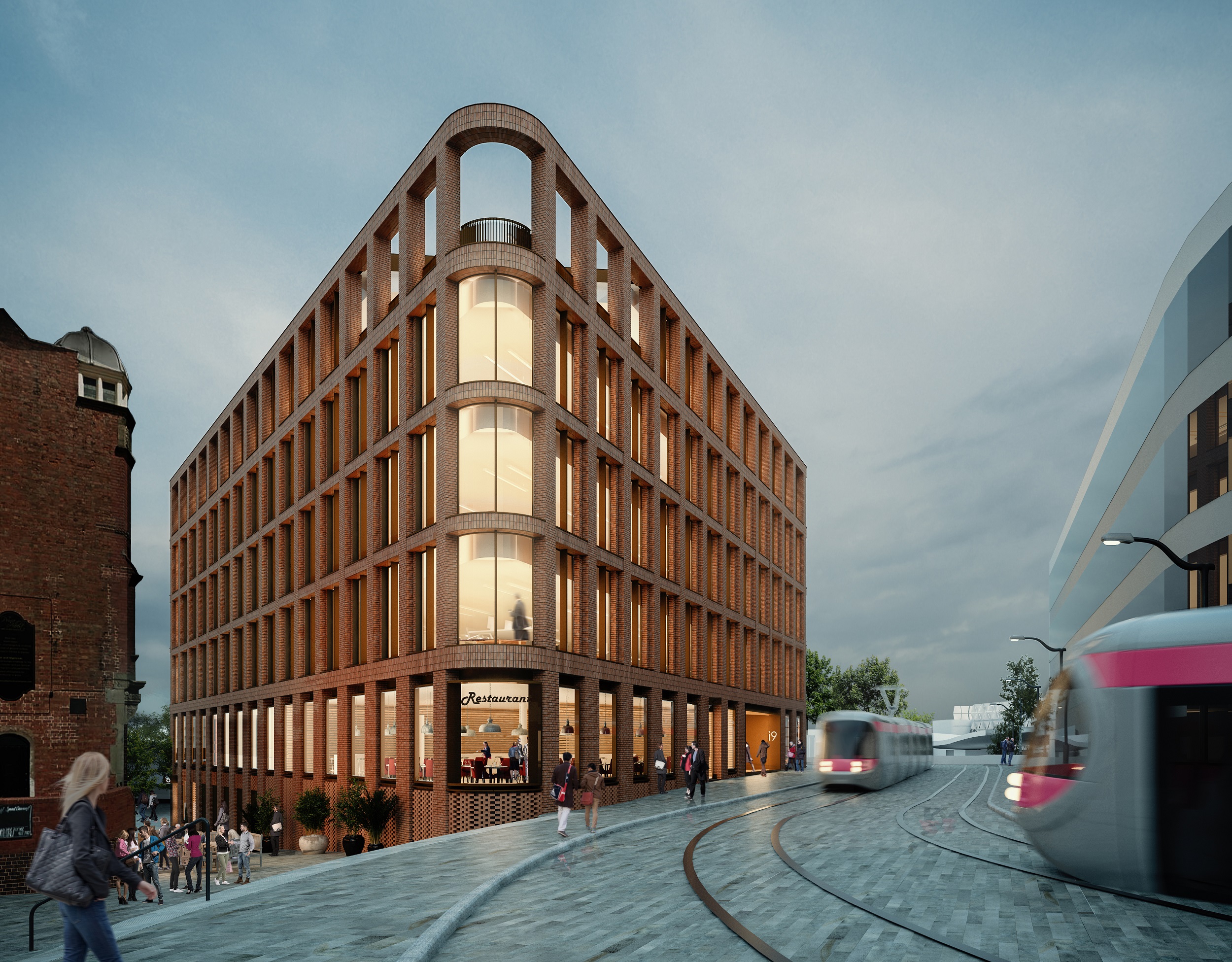 City of Wolverhampton Council has today secured a deal to house the first ministerial department outside of London at the city’s new i9 office building.

The Ministry of Housing, Communities and Local Government (MHCLG) will make the eye-catching Grade A and WiredScore Gold development its joint headquarters when construction is completed later this year.

It will take up the ground and fourth floors, housing hundreds of staff, including ministers and senior civil servants, with the Council currently supporting MHCLG with recruitment for new vacancies.

“This is a huge vote of confidence in the City of Wolverhampton. The Council has worked hard to make this happen and we are delighted that our city has been chosen to host this historic move away from Whitehall.

“It’s also a big endorsement of the Council’s ambitious plans to invest in – and develop – a new multi-million-pound commercial district in the heart of the city centre, right next to our new, award winning railway station with its excellent connections to London, Birmingham and Manchester.

“We are currently enjoying record levels of private and public investment with £4.4billion pounds on site or in the pipeline.

“Now, the kudos of being the first place outside of Whitehall to host a Government department will create a real buzz and interest in our city, attracting further investment which is exactly what we want to be able to ‘relight’ Wolverhampton after the pandemic.

“Wolverhampton is the ideal location in the heart of the country, with enviable connectivity to the rest of the West Midlands and beyond.

“When the idea of MHCLG moving out of London was first discussed last year, the Council, local MPs and other stakeholders lobbied hard to make it a reality and that has paid off.

“This move could even inspire the next generation of homegrown civil servants and I look forward to developing a long-term partnership with Government that can maximise our plans for the City Learning Quarter, potentially leading to an academy for the Civil Service.”

i9 is located at the heart of Wolverhampton’s new £150million Interchange and is ideally placed to benefit from HS2 which will cut journey times to London and elsewhere dramatically. The city is also becoming one of the most digitally connected cities in the UK, with 5G and gigabit speed, full fibre broadband being rolled out at pace.

i9 emerged following the success of the award-winning i10 complex on the opposite side of Railway Drive.

The Council and leading property developer, Ion, selected Glenn Howells Architects’ design for i9 as the winner from a strong field of ten UK leading architects and urban design practices in a national design competition.

Contractors GRAHAM are progressing works and the building is planned for completion this summer.

The finished development will provide up to 50,000 sq ft of Grade A office space, which has potential for 5,600 sq ft of retail or leisure space.

It is the next step in developing a thriving commercial quarter at the heart of Wolverhampton Interchange - bringing further investment and jobs to the city.

The Black Country Local Enterprise Partnership (LEP) is also supporting the development of i9.

“I’m pleased to announce that the i9 building will be our new home in Wolverhampton and look forward to opening the office later this year.

“This department is leading the effort to level up every corner of the country, so it is absolutely right that we bring decision-making to the heart of the communities we serve. I hope that this vote of confidence in Wolverhampton helps the city to attract other employees and further investment.

“We are already recruiting in Wolverhampton and over time this move will bring hundreds of jobs and exciting careers in the UK Civil Service to the city and the West Midlands. I look forward to welcoming staff to our new headquarters and as a Wulfrunian myself, will be working from the office as often as I can and enjoying the city once again.”