Five major business wins to celebrate in the West Midlands 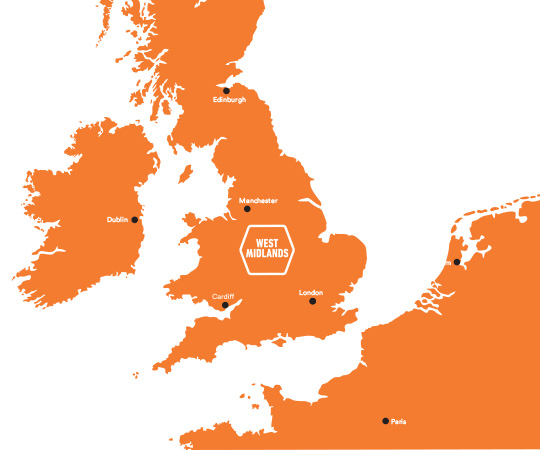 A string of international companies moving to the West Midlands has put the region top of the UK’s overseas investment chart for five years running.

2020 marks the fifth year in a row that the region has been hailed as the UK’s leading location for Foreign Direct Investment (FDI) outside of London and the South East, new data from the Department for International Trade shows.

The latest figures reveal the region attracted 157 new FDI projects in 2019/20. This accounts for 8% of the UK’s total number secured, and is the largest share generated of all UK regions outside of the capital and surrounding South East area.

The biggest sources of investment in the West Midlands since 2015 have been the US, Germany, France and India. In total, 802 foreign investments have been made in the region during this time.
Business Professional and Financial Services (BPFS), Advanced Manufacturing, Transport Technologies and Tech & Digital have been the region’s most popular sectors for attracting international companies.

Global heavyweights like consultancy firm Alvarez & Marsal and Microland – India’s leading digital IT transformation company – are among its most notable investors from the last five years.

“Even amid a period of global economic uncertainty, the West Midlands has performed consistently strongly in attracting overseas investment, which speaks volumes about the quality of what we have to offer across a diverse breadth of industries.

“This robust track record of international appeal clearly signals our credentials as a global business destination, and takes us confidently into a defining decade for the West Midlands.

“Our region is set to benefit from many exciting and exclusive milestones – such as the 2021 Coventry City of Culture, 2022 Commonwealth Games, new High-Speed 2 rail infrastructure and 5G multi-city testbed facilities – which will give us a uniquely competitive advantage over other locations to attract investment in the future.”

Take a look back at the West Midlands’ top five investors in five years. 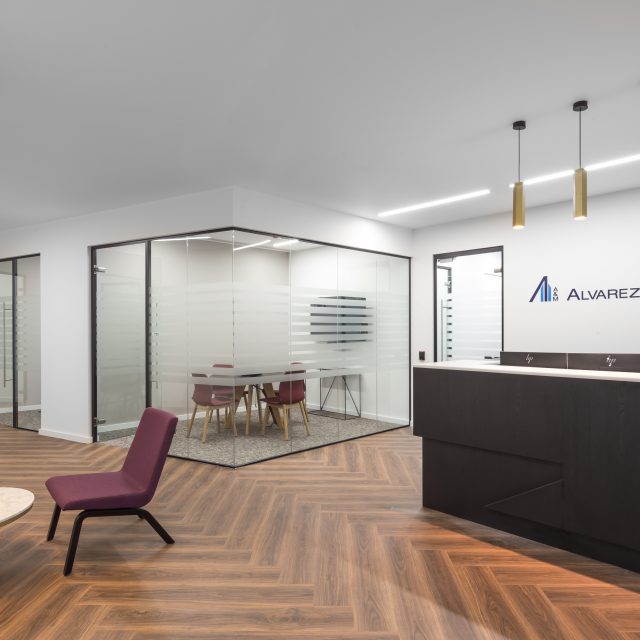 As one of the leading professional services firms with over 4,500 people across four continents, A&M provides advisory, business performance improvement, turnaround management and due diligence services to organisations across the private and public sectors from all over the world.

The firm recognised the importance of having a local presence in the Midlands, as so often business leaders want to take advice from professionals who understand the local market.

“The West Midlands is home to a wide range of companies from privately owned family businesses, private equity backed entities and large publicly listed companies, all of which operate across a variety of sectors.

"The diverse pool of industries that comprises the West Midlands’ economy offers us a solid opportunity to support local companies through these uncertain times and hopefully make the region stronger as a result.

“This, coupled with the energy and prestige of Birmingham’s professional and financial services community, made creating a new office in the region a natural choice.” 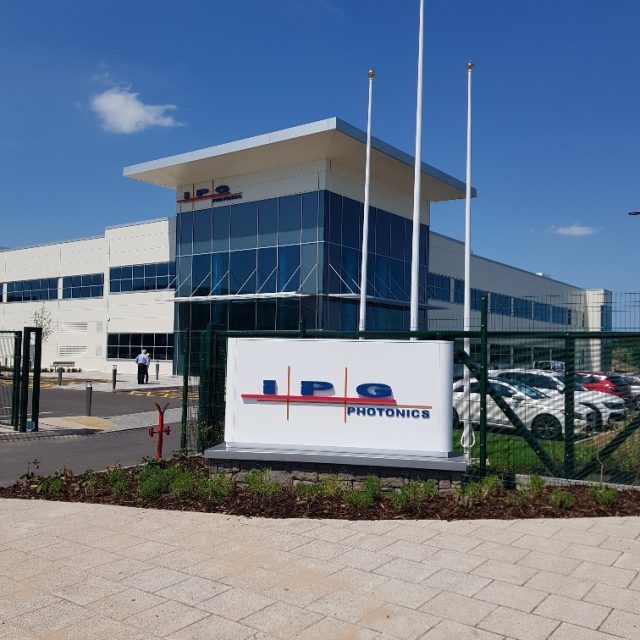 The region’s established reputation as a major manufacturing hub drew the world’s leading manufacturer of high-performance fibre lasers, IPG Photonics, to invest in a new, purpose-built UK head office at Ansty Park near Coventry, in 2019.

Headquartered in Massachusetts (US), the company committed to creating a 50,000 sq ft facility and 30 new high-value jobs in the West Midlands to accelerate laser-based manufacturing in the UK.

Location and supply chain were the enticing factors for IPG Photonics, who were excited by the prospects of the Manufacturing Technology Centre (MTC) and local university expertise, as well as the region’s leading role in advancing the UK’s emerging industries.

“We believe the region will play a leading role in driving the UK’s productivity capabilities and wider Industrial Strategy – for us, there isn’t a better placed location to accelerate the industrialisation of laser-based manufacturing.” 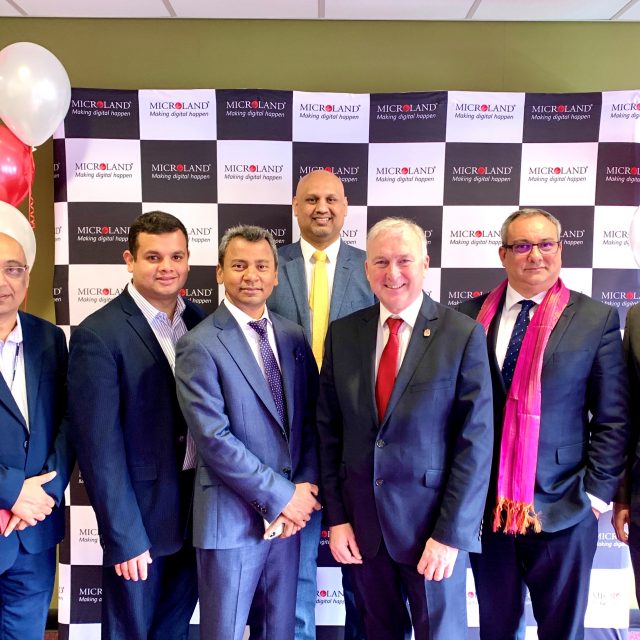 The new facility marked the company’s second investment in the region in two years, having previously set up a digital hub in Longbridge – also in Birmingham – in 2018.

Microland’s expansion was as a result of the success it had already found in the region.

“The success of our initial investment in 2018 cultivated the demand for a new Microland European operational centre, driven by the region’s thriving technology ecosystem and high-skilled talent pipeline. The primary objective of our second investment in Birmingham is to drive new innovative IT infrastructure solutions supporting our customer’s digital transformation initiatives.

“Having already experienced the benefits of being in the West Midlands, we knew that the region was the only place for us to fulfil our growth ambitions.” 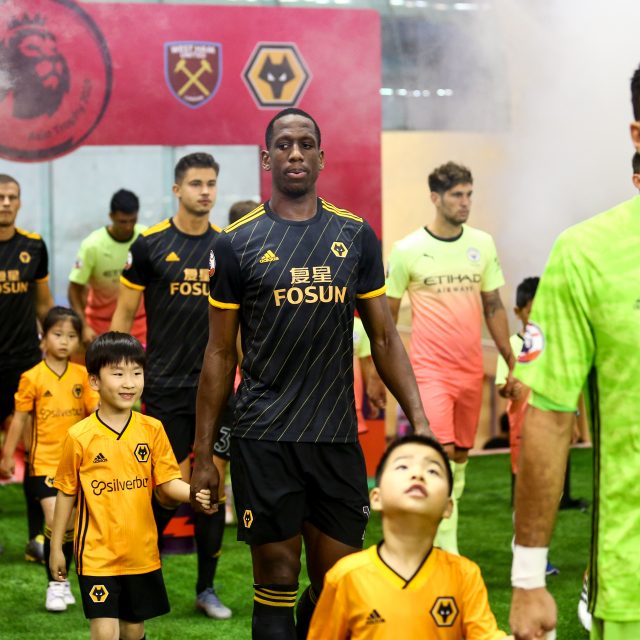 One of China’s largest investment groups, Fosun International became the owner of Wolverhampton Wanderers Football Club (Wolves) in 2016 for £45 million.

Under the leadership of Jeff Shi, Wolves had a standout 2018 that saw the Club promoted to the English Premier League. This was followed by successive seventh-place top-flight finishes – the club’s best placing in 40 years – and a successful UEFA Europa League campaign.

“We understand the importance of the Club’s role within Wolverhampton and the surrounding communities and that is something we are determined to continue.” 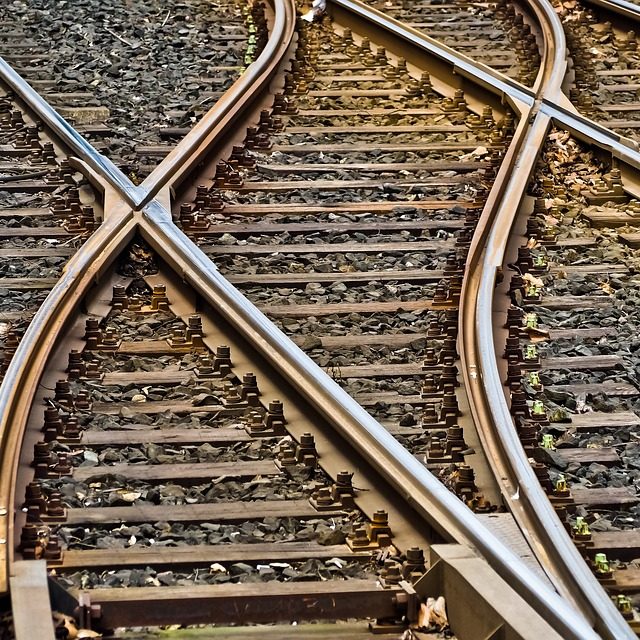 Part of Deutsche Bahn – Germany’s national railway company and one of the biggest train operators and rail infrastructure managers in the world – DB E&C has created new jobs and supported engineering skills development.

The firm has also partnered with the University of Birmingham to create career opportunities for local graduates and open up R&D projects.

Since its investment, DB E&C has been accredited to national industry bodies the Rail Alliance and the Rail Industry Association (RIA).

“Our base in Birmingham has delivered an outstanding return on investment, accelerating our presence in the UK rail and creating access to new business leads.”