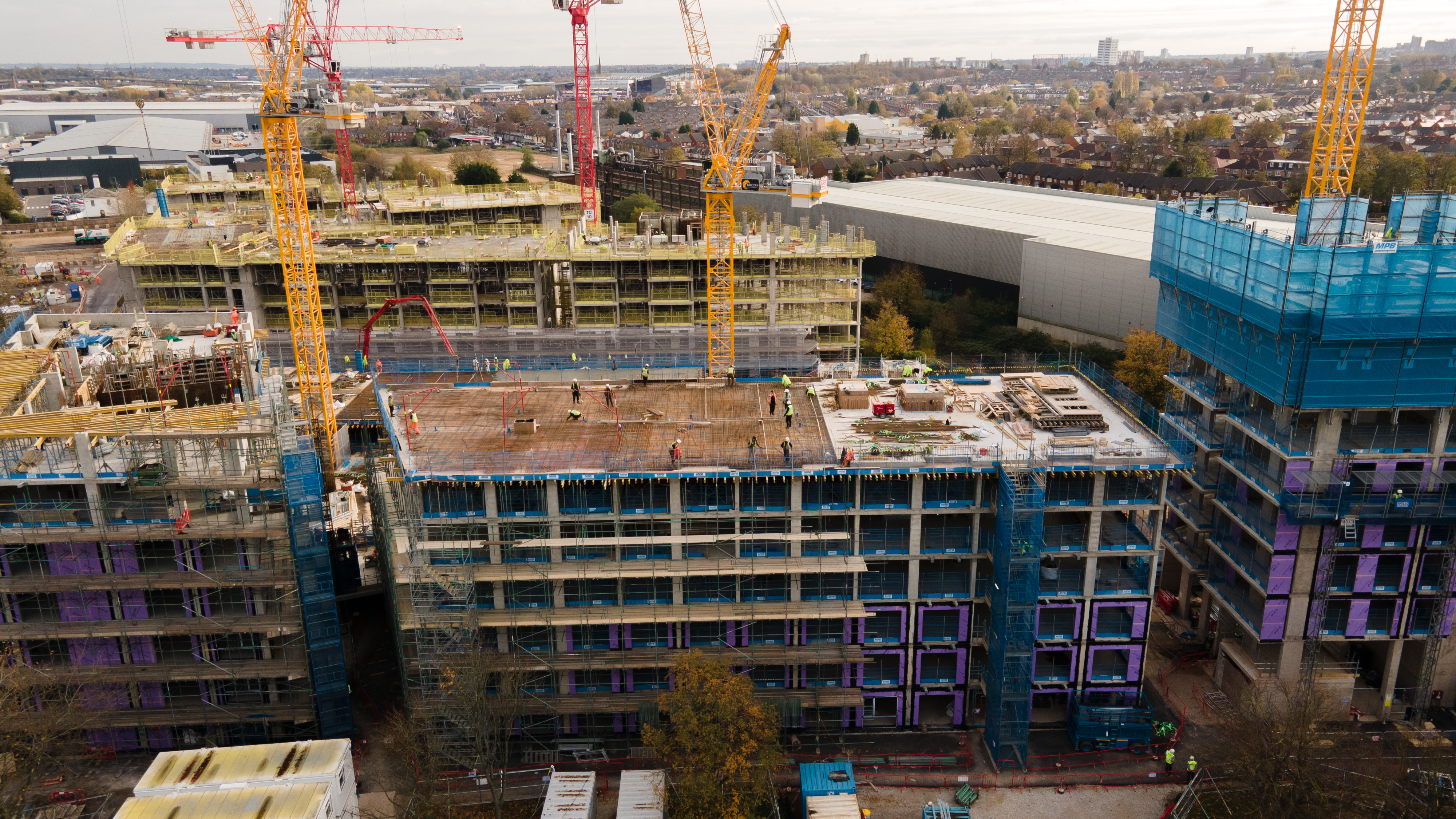 Perry Barr Residential Scheme last month reached a significant milestone as it has been confirmed that a six-storey building on the site, which will include new apartments and retail units, has become the first to ‘top out’ as the building has reached its highest point.

Work on phase one of the mixed-use redevelopment for Birmingham City Council, which is being managed by Lendlease Construction, began in early 2019. When complete, the Perry Barr Residential Scheme will provide 1,400 much-needed new homes for Birmingham.

The scheme will act as a catalyst for circa. 5,000 new homes and wider regeneration in the north west of the city – including improved leisure and community facilities along with upgraded transport infrastructure. Progress is also being made towards important targets to boost the local economy as 133 new jobs have already been created on the scheme and 68 per cent of the workforce are local people. More than £72m has also already been spent with local businesses.

“There is an urgent need for high-quality new homes in this city – so it is great to see yet another significant milestone being reached on the Perry Barr Residential Scheme.

“Despite the recent challenges presented by coronavirus, the team working on this project have continued to demonstrate the highest levels of commitment and professionalism at all times. On behalf of the city council, I would like to thank everyone involved for their contribution to the creation of a vibrant new neighbourhood in this part of Birmingham.”

The contractor on the first building to top out is VINCI Construction UK, and their team has worked alongside Lendlease to ensure development could continue effectively and safely while following Government guidance and maintaining social distancing during the Covid-19 pandemic.

“This is a significant milestone for the Perry Barr Residential Scheme and it has only been made possible through the hard work and dedication of everyone on site.”

The topping out milestone was marked with a thank you to the workforce, whilst taking a moment to reinforce the important contribution that they are making in achieving a safe, successful and important project.

“VINCI Construction UK are delighted to have topped out on the first structure of the Perry Barr Residential Scheme. It has been an excellent performance by our team under the constraints of Coronavirus, and we are looking forward to the remainder of the project”.

The first residents are expected to begin moving into the homes that have now topped out in 2023.