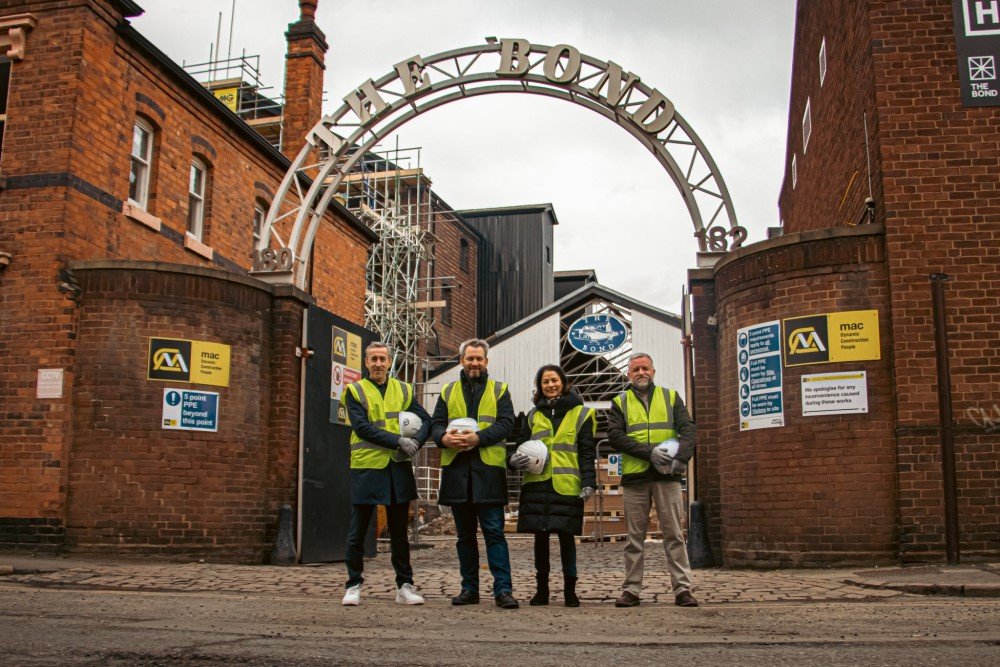 Birmingham’s international reputation as a hub for content production will strengthen later this year when The Bond: Creative Content Hub for the West Midlands opens in Digbeth.

Create Central has announced the Creative Content Hub will be its new HQ, where it will act as a lightning rod for new production and will provide training, development, meet the commissioner events and networking opportunities for the next generation of production talent.

The £18 million facility based in the city’s historic Creative Quarter received a £3 million grant from GBSLEP’s Local Growth Fund programme. This funding helped bridge the financial gap, enabling the project to be delivered by Oval Real Estate and Oval Developments.

“We’re pleased to have supported the establishment of the region’s new Creative Content Hub, which firmly places our innovative potential in the eyeline of prospect talent - across both traditional screen production, as well as emergent, immersive storytelling.

“The West Midlands is recognised as the largest emerging technologies cluster outside London - particularly within the Tech & Creative sector - where there are more companies across specialisms including digital transformation; gaming; immersive tech; process automation and software development, than in any other region.

“This new facility has the potential to turbocharge the clustering of innovation already taking effect here, with the spillover benefits across wider sectors such as tourism, adding even greater value to our economy.”

“What a great time for the creative economy which is worth £4 billion in our LEP region and has the potential to add 30,000 jobs and 3,600 more businesses to the creative cluster.

“Our investment in The Creative Content Hub has been followed by the recent BBC announcement and the arrival of Steven Knight’s Digbeth Loc. studios. This new space is about exploring the huge potential, around film, TV, games, VR, AR and other innovative content production. It’s a crucial part of the creative jigsaw and fits in with the emerging cluster in Digbeth’s Creative Quarter.

"I was here a year ago and it’s great to see the progress being made. GBSLEP has really leveraged its unique position of bringing businesses, public and academic sectors together to see this project delivered. As we look to grow our economy inclusively, it’s important all areas of creative content makers get our support.”

“When Create Central was launched in 2019 the Members pitched the idea of a content hub - it’s so exciting to see real, tangible results from all the industry’s hard work paying off. The Creative Content Hub will be a huge catalyst to kick-start the sector post-pandemic. It is just one of the many ways the West Midlands is at the forefront of developing new ways of working that will re-invent and future-proof traditional television, film and wider digital content production.

“The Creative Content Hub is an example of a collaborative approach between the public and private sectors to unlock the historic site in Digbeth. Working in partnership, Create Central, GBSLEP, West Midlands Growth Company, WMCA and Oval have responded to the needs of creative businesses to move the project forwards.”

Works started after the investment was announced a year ago to the day. Once completed later this year, the Creative Content Hub will become a 50,000sqft campus facility for independent TV production and creative content developers. It’ll provide a community networking space for content producers and specialists to collaborate alongside creatives companies and freelancers who are relocating to the region. It will create a professional community working together to support the region’s wider industry.

“Create Central Members are passionately on a mission and have a vision for an indie TV production hub right here in the heart of the West Midlands. We want to be able to collaborate, to provide opportunities for local talent and to tell our incredible stories. I’m so proud and pleased to see this happening and be a part of it.”

“Digbeth has a long history of attracting raw talent; this project will bring independent production businesses of all sizes to the area and continue the resurgence of creative activity across the West Midlands.”

The development is part of wider plans to create a cluster of film, TV, games and virtual production that will pave the way for new and immersive media content of the future.