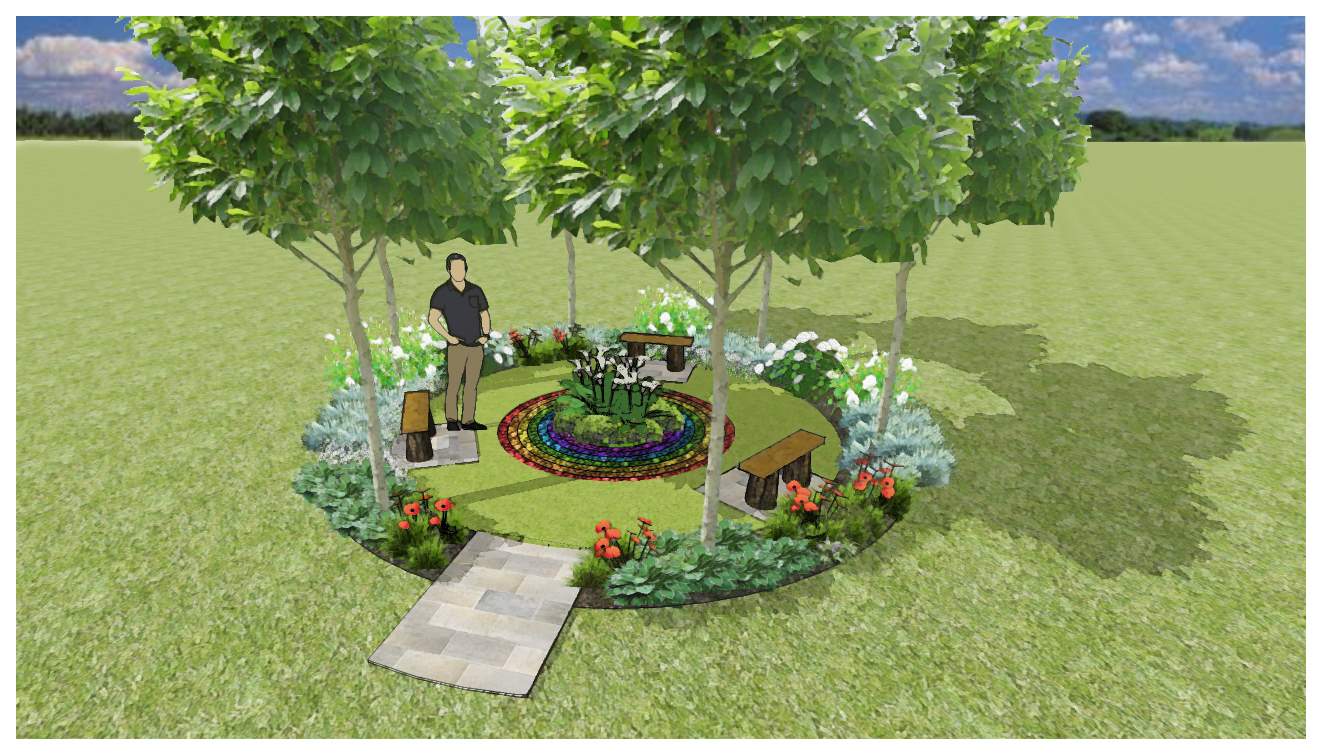 Pictures showing the concept of what a series of COVID-19 memorial community gardens across Birmingham could look like have been released by the city council.

The images have been revealed on the eve of the first anniversary of the first Coronavirus lockdown, which started on March 24 last year.

At present the council is developing a proposal to work with local communities on a series of such gardens across the city, in recognition of the fact the virus has affected all parts of Birmingham.

Community groups have been in discussions with the council over the idea of how to best remember those who lost their lives in the pandemic – and have supported the concept unveiled today.

In the outline designs drawn up by the council’s Chelsea Flower Show award-winning team, the central feature is a pebble bed that would give communities the opportunity to write the name of someone lost in the pandemic on one of the stones.

Additionally, the concept includes colourful plant species like forget-me-not, and the trees that would form part of the gardens would be spaced at two-metre intervals – as a nod to the social distancing guidance people have been asked to follow over the last 12 months.

The benches are intended to provide people with somewhere to reflect and discuss their memories in a setting local to them.

“The last year has been a time of grief and heartbreak for too many people in Birmingham as communities and neighbourhoods right across the city have experienced loss and tragedy and it's important to remember and pay tribute.

“Our initial designs are an excellent starting point and will help us develop ideas in partnership with the people of Birmingham. Now we want to work with communities on this and we look forward to hearing from those who want to help us shape the ideas.”

The city council would maintain any sites developed as part of the ongoing maintenance of the city’s parks and open spaces, with volunteer support also welcomed where capacity and interest exists.

There is also work ongoing regarding a suitable city memorial, and details will be announced once finalised.

“During the pandemic our open spaces have taken on a hugely significant role for the people of Birmingham as a place for exercising and safely meeting.

“These gardens would add another dimension to our parks and give people a way in which to remember those we have lost and everything that has happened during these tragic times.

“We are keen to work with communities in all parts of Birmingham to develop plans for memorial gardens so please get in touch if you want to get involved.”

As of 5 March, a total of 2,873 deaths had been recorded in Birmingham with COVID-19 on the death certificate.