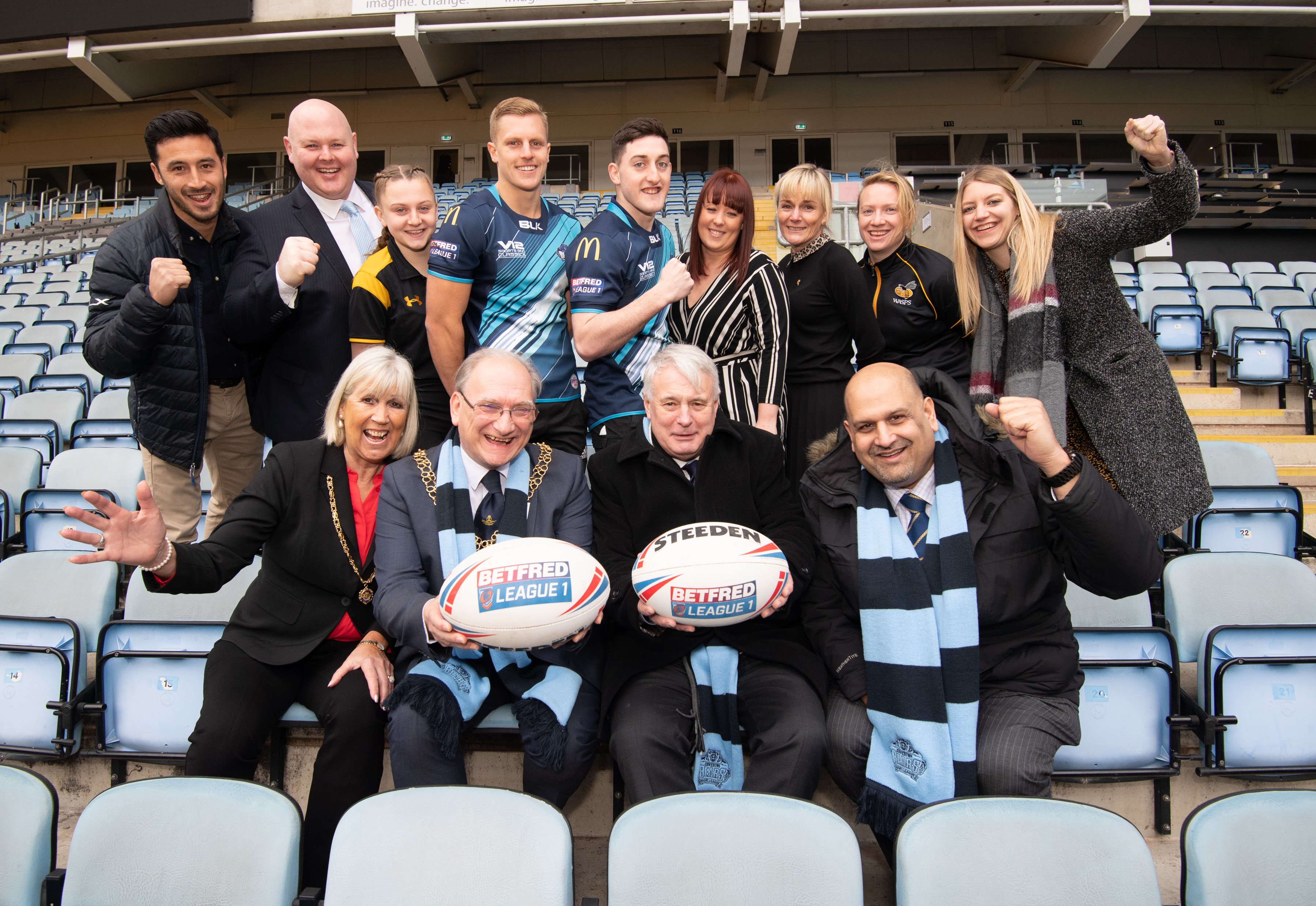 Coventry will be a host city when the Rugby League World Cup 2021 comes to England.

The city’s Ricoh Arena will be hosting action as part of the biggest event in the international Rugby League calendar.

“This is more great news for the city as we welcome another world sporting event to Coventry. The fact that this news has come in our year as European City of Sport and the tournament will be held during our time as UK City of Culture makes it extra exciting.

“The city has a great reputation as a host of high profile sporting events as seen by Olympic football, rugby league internationals, national snooker tournaments and international ice hockey all coming here in the last few years.

“I’m sure the Rugby League World Cup will be just as successful and it will again showcase Coventry on the national and international stage in addition to bringing additional economic benefits to the area.”

“We’re extremely excited to see the Ricoh Arena host a significant men’s game during the tournament. We’re looking forward to bringing this worldwide tournament to the city at the perfect time alongside the UK City of Culture 2021 programme of events. Coventry City Council have worked hard to cement their place in the tournament and with a terrific City partnership and the wider regional plan for the 2022 Commonwealth Games the West Midlands presents some great opportunities to cultivate and develop interest in both the tournament and wider sport”.

“This is a real coup for Ricoh Arena and the city of Coventry.

“These types of occasions have the power to inspire all generations to take up either code of rugby while improving people’s health and quality of life, so we’re thrilled to be at the heart of this global showcase.

“Ricoh Arena has played host to some fantastic sporting spectacles in the past and we can look forward to a really exciting future with two global tournaments arriving at our venue within a year of each other – firstly the Rugby League World Cup, followed by the netball for the Commonwealth Games.”

Tournament organisers aim to deliver one of the most inclusive and diverse events ever hosted in England, promoting the three simultaneous disciplines of the men’s, women’s and wheelchair World Cup.

The tournament will be held in October and November 2021 and people can keep up-to-date on all things Rugby League World Cup 2021 on the website or via Twitter.