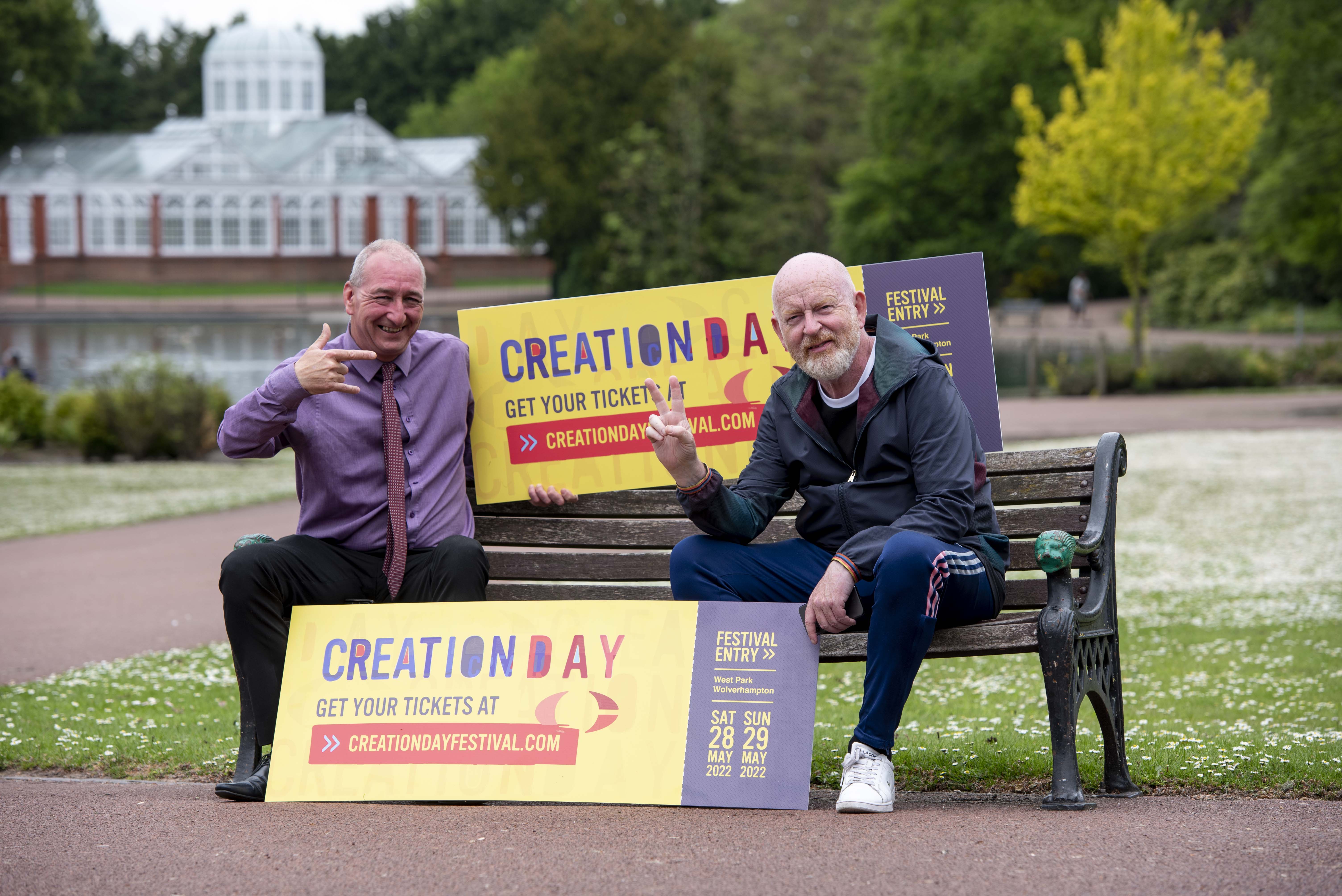 The countdown to Wolverhampton’s first ever Creation Day Festival started on 28 May with a visit to the city by the man who inspired it.

Alan McGee, founder of the iconic Creation Records label, began his trip with a tour of West Park, where the two-day music festival will take place over May 28 and 29, 2022.

The musical extravaganza has been organised by the council in partnership with Alan and Toura Toura Festivals.

During his visit Alan met with the council’s cabinet member for city environment & climate change, Councillor Steve Evans, and chief executive Tim Johnson. Alan will also take part in a live Q&A at the city’s Arena Theatre this evening, talking about the festival and his life in the music business.

Alan formed Creation Records in 1983 and it went on to become one of the key labels in 80s and 90s indie music. Over the years, he has worked with major acts such as Primal Scream, The Jesus and Mary Chain and Oasis.

Next year’s rearranged festival will see stars from Creation Records join forces with other well-known bands to perform their biggest hits across two days.

Organisers are planning to include the majority of the artists from the original line-up and there will be a few new surprises too. The full line-up will be announced soon.

Other attractions at the two-day event include a fairground and a wide variety of food and drink stalls. Support for festival goers with access requirements will be available.

Creation Day had originally been planned for this May, but organisers decided to move the date due to the ongoing coronavirus pandemic to ensure music lovers could enjoy the event safely and to the full.

"I'm glad to be in the City of Wolverhampton today on what would have been the weekend of the first ever Creation Day Festival.

“We will be back even bigger, better and stronger with the festival in 12 months-time, while we strive to bring you Creation Day Festival for a number of years to come thanks to the support of City of Wolverhampton Council."

“I was delighted to meet with Alan today, he is such a big name in the music industry and has a real wealth of knowledge and experience.

“It is the first time we will be holding this event in the city and we’re working with Alan and Toura Toura Festivals to make it a great experience for our local residents as well as music fans from further afield.

“We’ve also been working hard to attract a major sponsor for the festival and I’m pleased to say we should be in a position to announce the details of that soon.

“After the past year, we’ve all needed a light at the end of the tunnel and we all deserve a chance to enjoy ourselves. For fans of great music, Creation Day Festival is that chance.

“It’s also one of the ways we can boost our city and show our visitors the fantastic events we have to offer. Creation Day will come in the same year as the city hosts the prestigious British Art Show 9 and Commonwealth Games cycling time trial, and sees the reopening of the refurbished the Civic Halls.”