Home / News / Connaught Square given go ahead by planners

Connaught Square given go ahead by planners 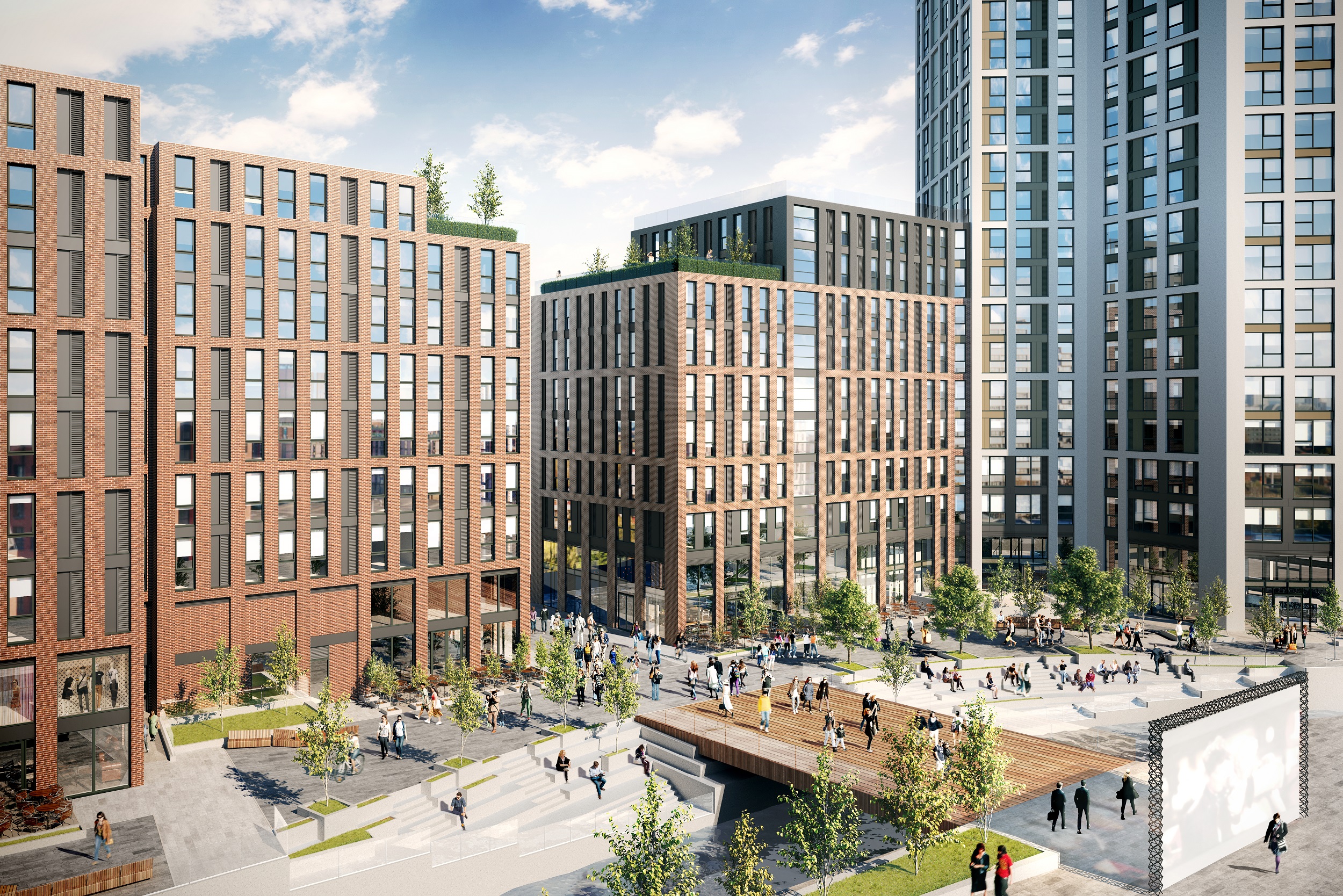 SevenCapital has today been given the full go-ahead for its transformational and highly-anticipated Connaught Square scheme in Digbeth, Birmingham.

The substantial site, which has a gross development value in excess of £200 million, will create an entirely new destination within the city, comprising a vibrant mix of residential, commercial, retail and public space designed to enhance and further cement Digbeth’s fast-emerging reputation as Birmingham’s Creative Quarter.

The development will also form part of the city’s wider plans to regenerate Digbeth and help to provide a catalyst for wider investment for this Southern Gateway area of the city.

Due to the scale of the project, Connaught Square will be constructed in two phases.  Once complete, it will feature a total of 770 spacious new apartments, including a 27-storey landmark tower, circa 42,000 sq ft of commercial space, a community gymnasium and boxing academy – all of which have been included as a result of community consultation.

It will also incorporate a new riverside walkway and terrace alongside the River Rea, which runs through the middle of the development and will be opened up as a feature to the public for the first time in a century. Significant work has been done between SevenCapital and city council planners to bring this feature to life.

Surrounding the riverside feature will be the introduction of circa 5000m² of public open space larger than that within London’s own creative quarter, Soho Square. Intended to be a space for people to relax as well as host festivals, markets and events, Connaught Square will increase Birmingham’s capacity for attracting increased business and tourism.

From an economical point of view, Connaught Square is also expected to contribute hundreds of jobs for the city. A high number will be created during the construction process, with the project also set to support apprentices at the nearby South and City College, offering them valuable practical experience.

Once completed, Connaught Square should provide around 250 full-time jobs within the proposed retail, community and commercial space plus around 100 supply chain and ancillary jobs as a result of the additional commercial floorspace.

“Connaught Square is already one of the most significant and talked about regeneration projects to date in Birmingham, as it bridges the gap between the main city centre and the growing creative quarter. So throughout the entire design process it has been imperative that what we create and deliver is the right fit for the area, the city and importantly right for the community that will form as a result of Connaught Square.

“Digbeth has recently been listed as one of the coolest places to live by The Times, but through Connaught Square and the wider future regeneration works currently in planning or construction within the area, we want to make sure that it goes beyond cool, to become one of the best places in the UK.

“We’ve been working tirelessly over the past few years to design a scheme that will enhance the city and create a new destination where people will want to live, work and spend their leisure time, and what we have now, we believe will deliver that.”

Work on site is expected to begin in summer 2019 with the first phase expected to complete in March 2022 with hopes for the whole site to be completed by August 2023.

Further details of the development will be available in due course.