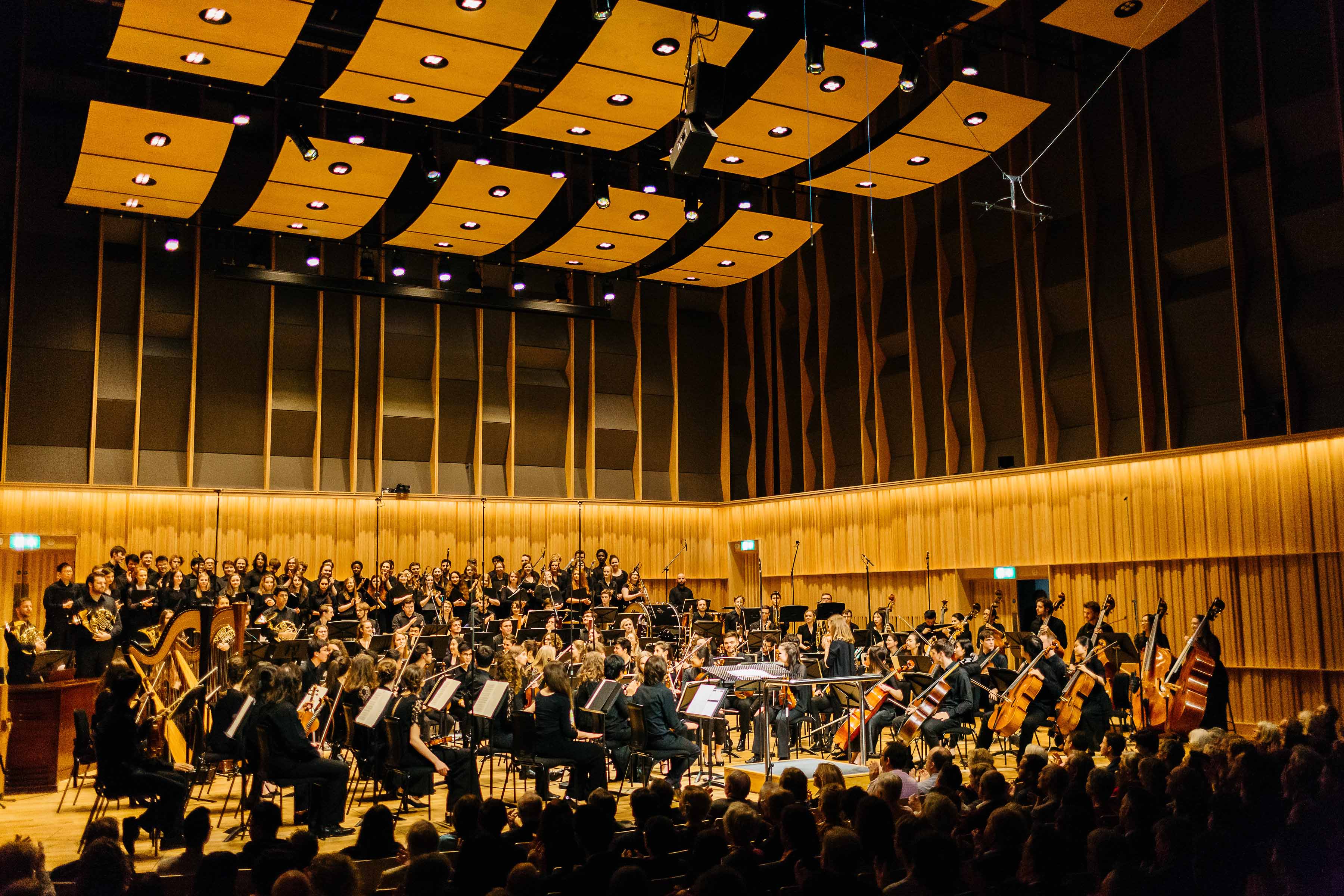 Birmingham City University’s Royal Birmingham Conservatoire is taking concertgoers on a musical journey through time next month, when it showcases iconic music created in and linked to the Midlands city from the past 175 years.

From Elgar to ELO, Now That’s What I Call 175! will be compered by author, newsreader, television presenter and Classic FM host, John Suchet.

The concert is the highlight of a season marking 175 years since Birmingham City University’s foundation as the Birmingham Government School of Design in 1843, the forerunner to the present day schools of Art and Visual Communication. BCU 175 has already been celebrated throughout September and October with special events and activities in and around the city, and will continue for the remainder of the year and into 2019.

In 1884 the School evolved into Birmingham College of Art, moving to a purpose-built Venetian Gothic building on Margaret Street designed by John Chamberlain. Today, Margaret Street still houses the University’s School of Art and is a Grade I Listed Building.

Ahead of the concert, John Suchet said:

“I am delighted to have been asked to present this historic and unique event. It will be a pleasure and privilege to share the stage with some of the most talented young musicians in the UK, to mark the 175th anniversary of Birmingham City University.”

The singers will all perform an adapted version of Jacques Hass’ ‘Chokoladen Walzerlied’. Originally commissioned by the German chocolatier Sarotti, this reworked version pays tribute to Cadbury’s, the multinational confectionery company which has been integral to Birmingham since 1824, when Quaker John Cadbury began selling tea, coffee and drinking chocolate in Bull Street.

Also performing at the public concert will be Royal Birmingham Conservatoire alumni Punch The Sky, a world-rock party band based in the city who have made it their mission to get audiences jumping, singing and dancing across the UK.

Returning to their alma mater for Now That’s What I Call 175!, the group will be giving their own energetic twist to iconic tracks from Birmingham bands Electric Light Orchestra and Dexys Midnight Runners.

“We are really excited to be a part of this concert celebrating 175 years of Birmingham City University. Royal Birmingham Conservatoire is where Punch The Sky all met at the beginning of our musical careers, and they have fully supported us all through our studies as well as after graduating.

“The Birmingham music scene has really given us so many opportunities to try out various musical projects as well as meet other professionals along the way. We have all grown as solo artists and music technicians in Birmingham through Birmingham City University, enabling us to follow our dreams of having a career in the music industry.

“We are really excited to see the continued growth of Birmingham City University, such as the new state-of-the-art Royal Birmingham Conservatoire building, and the fantastic opportunities this is providing current students.”

The performances will be preceded by a reveal of the Top 10 Brummies Who Inspire, as voted for by the public. The list of 175 ‘Brummies who inspire’ recognises those individuals who have made a significant contribution to Birmingham, and put the city on the map across arts and entertainment, business, politics, sports, science, health and education.

For more information and to book tickets for Now That’s What I Call 175! visit Eventbrite.