Home / News / Breaking: Coventry City of Culture to commence in May 2021

Breaking: Coventry City of Culture to commence in May 2021 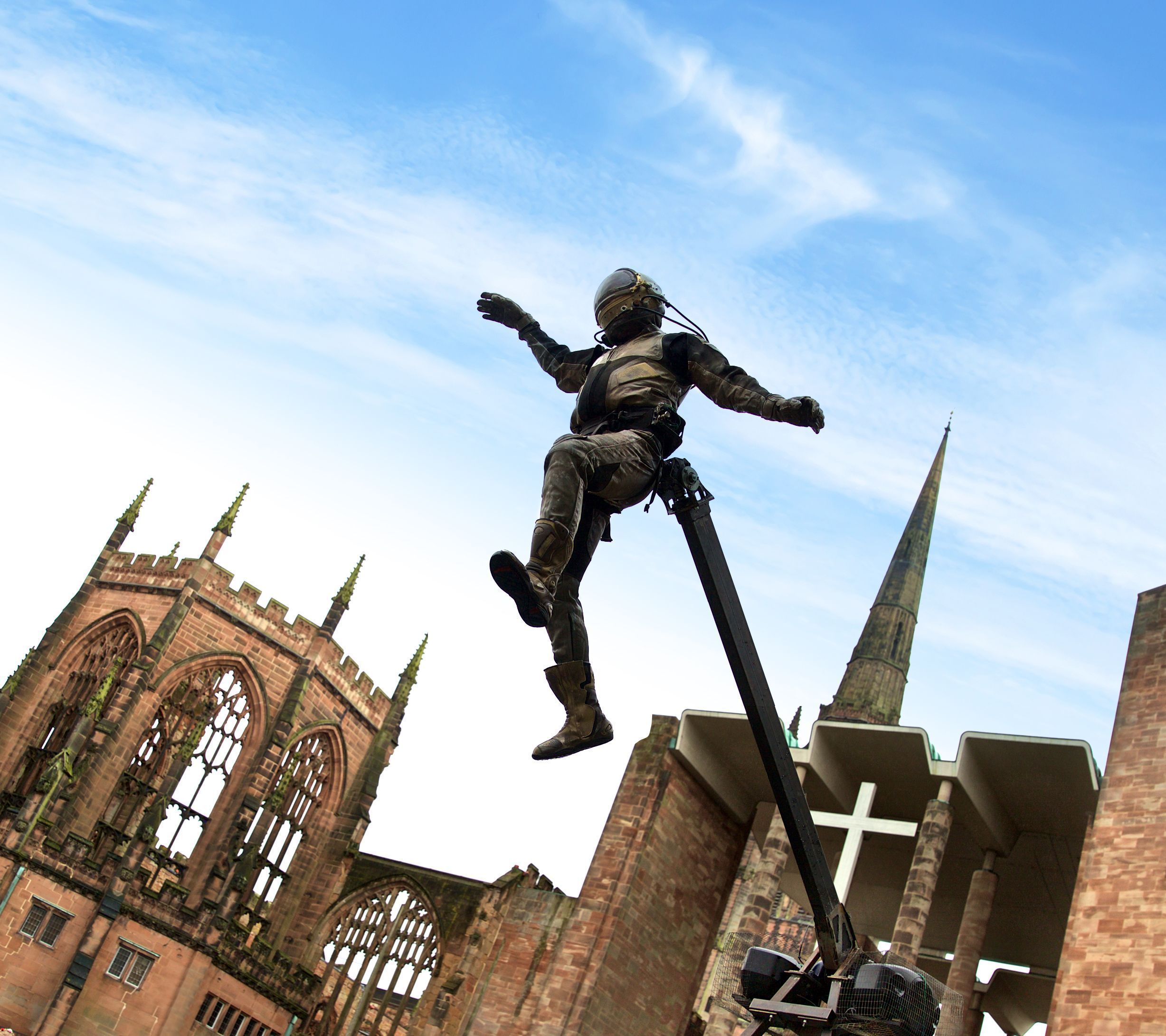 Coventry’s year as UK City of Culture will now start in May 2021, beginning 12 months of events that celebrate the city and its people.

Coventry City of Culture Trust announced the shift to May due to the Covid-19 crisis, allowing a fuller programme of public events that would otherwise not be possible had it begun at the turn of the year.

It also announced the first details of a major, signature event that will form a key element of the city’s year-long party with a purpose which will bring a series of cultural, social and economic benefits to the city.

The major new event will be directed by the internationally-renowned Nigel Jamieson and Coventry Belgrade Theatre’s Deputy Artistic Director Justine Themen, who played a major role in Coventry landing the UK City of Culture title.

The event, described as a mass city-wide celebration, will be co-created alongside thousands of residents of all ages from across the city whose music, performance and dance will weave throughout the epic event presented across hundreds of structures built by residents across the city.
Themen has lived and worked in Coventry since 2003, and has built a community engagement programme at the Belgrade which has had diversity and talent-development at its heart. She has a strong track record for co-creating work with communities and young people and for promoting and directing the work of writers of colour.

Jamieson is known for his set piece spectacles, including ‘Tin Symphony’ for the 2000 Sydney Olympic Opening Ceremony, the opening event of the European Capital of Culture celebrations in Aarhus 2017, and the citywide spectacular Roald Dahl’s City of the Unexpected in Cardiff in 2016.
The wider Coventry 2021/22 programme is being created with local artists, the city’s communities and national partners, and will include major international artistic events, world premieres and commissions across theatre, music, dance, literature, comedy and visual art as well as conferences and festivals.

The 365-day Coventry UK City of Culture 2021 programme will reflect Coventry as a diverse, modern city, demonstrating that culture is a force that changes lives, moving Coventry and the region forward. Coventry is known internationally as a city of welcome, a city of activists and pioneers, a city of peace and reconciliation, a city of innovation and invention, and now a City of Culture.

Further details of the programme will be announced later this year after the unanimous decision to move the start date to May decision was taken by Coventry City of Culture Trust and its cultural, civic and business and funding partners including Coventry City Council, WMCA and the Department for Digital, Culture, Media & Sport.

The new start date will enable the year to achieve its artistic, social and economic potential, and enable the maximum possible number of people to visit and take part.

“We are delighted that we will be able to have a year of celebration – a time when the city and country need it most – and that the dates are now set in stone.

“The current crisis has hit our city, our region and our sector hard. Coventry 2021 will attract visitors to our city – creating an economic boost for the region – and will support artists locally. It will be a wonderful opportunity for the people of Coventry to celebrate and enjoy an incredible year of activity.
“With support and resources, the cultural community can play a significant role in the reset of the UK and we plan to shine a spotlight on culture’s important role in this recovery.”

“Coventry 2021 has always been about the people of Coventry and their stories. We will reflect and address the issues that matter to all of us. At this time of uncertainty, our determination to create connections, memories and commit to making a change is unwavering and we are determined to create an amazing year.”

“UK City of Culture will see Coventry take its place on the national stage as a go to destination for arts and culture. Now more than ever it is important that we focus on what unites us and the positive and transformative impact culture can have in local communities. I have no doubt that Coventry will put on a spectacular show.”

“This is Coventry’s moment. In 2021, the artistic and cultural spotlight will be shining on this great city. That moment might be starting a little later than we’d all anticipated but it’s still going to be life changing. The city’s artists and cultural organisations are ready and waiting to propel Coventry onto the world stage.

“Taking part in world class cultural activities and sharing in creative experiences helps people to live happier, healthier and more fulfilled lives. That will be the legacy of Coventry 2021 for decades to come.”

“Coventry has been preparing for its role as UK City of Culture since our name was announced in 2017, and the excitement has been building as the months have passed. Unfortunately, the COVID-19 pandemic has obviously had a major impact on preparations.

“The year as UK City of Culture will put Coventry in the national and international spotlight. It is a fantastic opportunity, but we only have one chance to hold this wonderful title and it is vitally important that we are completely prepared when our time comes.

“The decision to delay the start of our year until May is absolutely the right move and will mean we are ready and able to welcome our many visitors and stage something special for people to talk about for years to come, as well as leave a lasting legacy for the people of our city.

“After these weeks of uncertainty, it is good that we now have a definite date, and the excitement can start to build once more for what will be a spectacular year.”

"Coronavirus has had a tremendous impact on our region, and the decision to adjust the dates of City of Culture is a very sensible one, allowing more events to take place.

“Coventry UK City of Culture was always destined to play a major regional role culturally, socially and economically, but that has only been intensified because of the pandemic. We need to make sure we use the event, alongside the Commonwealth Games the following year, to create job opportunities, particularly for young people, and showcase our brilliant region to the world.”