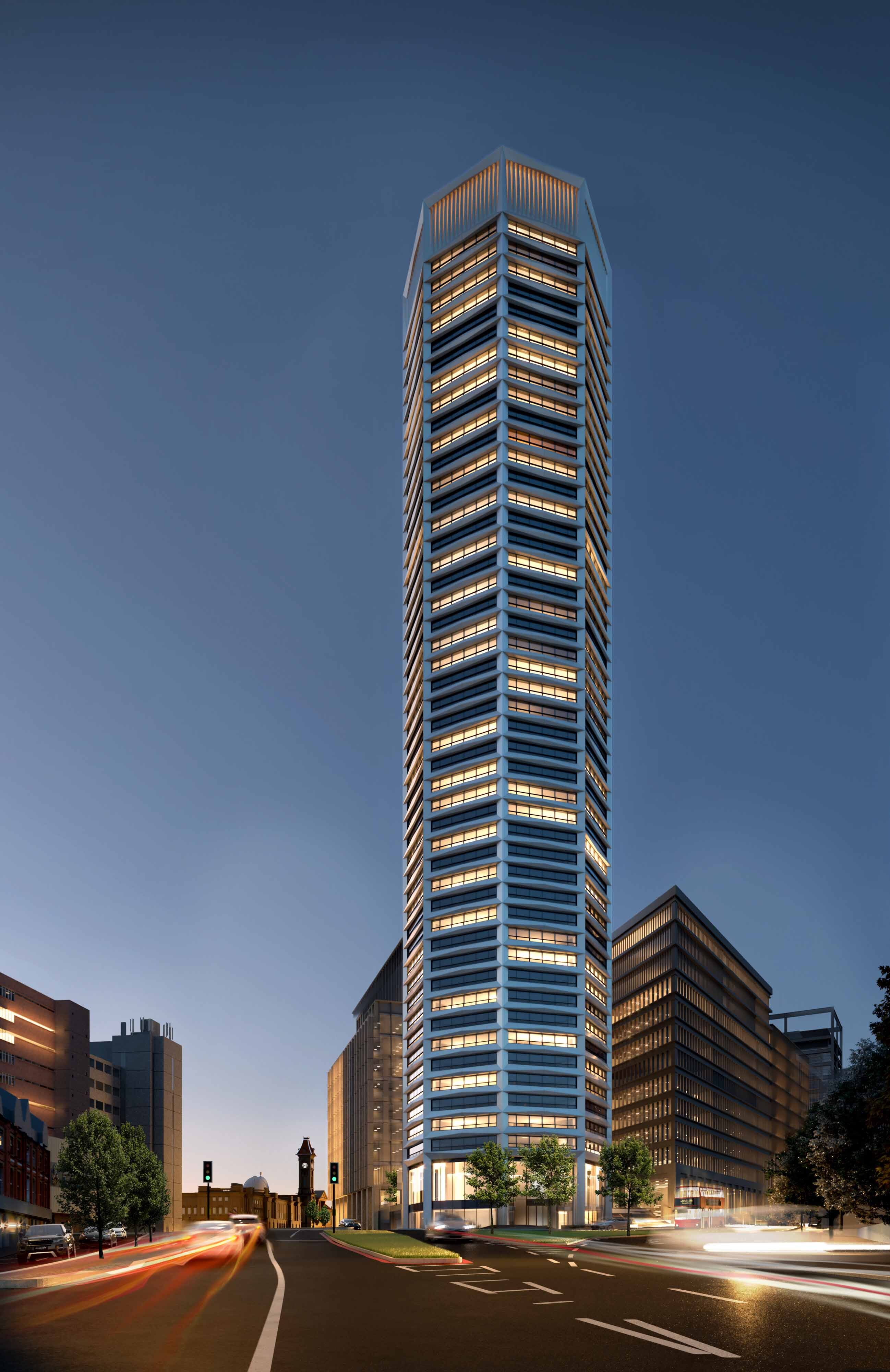 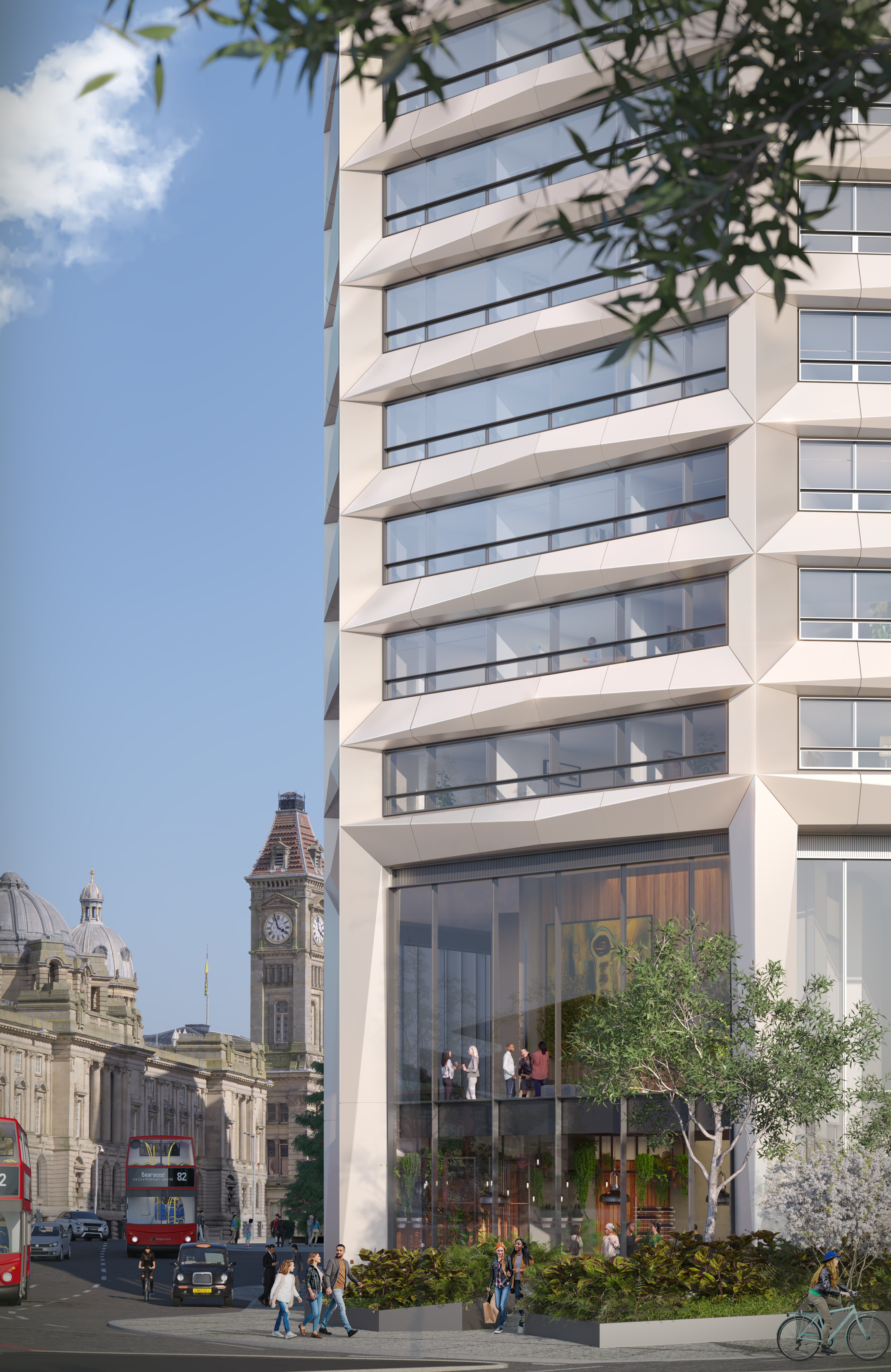 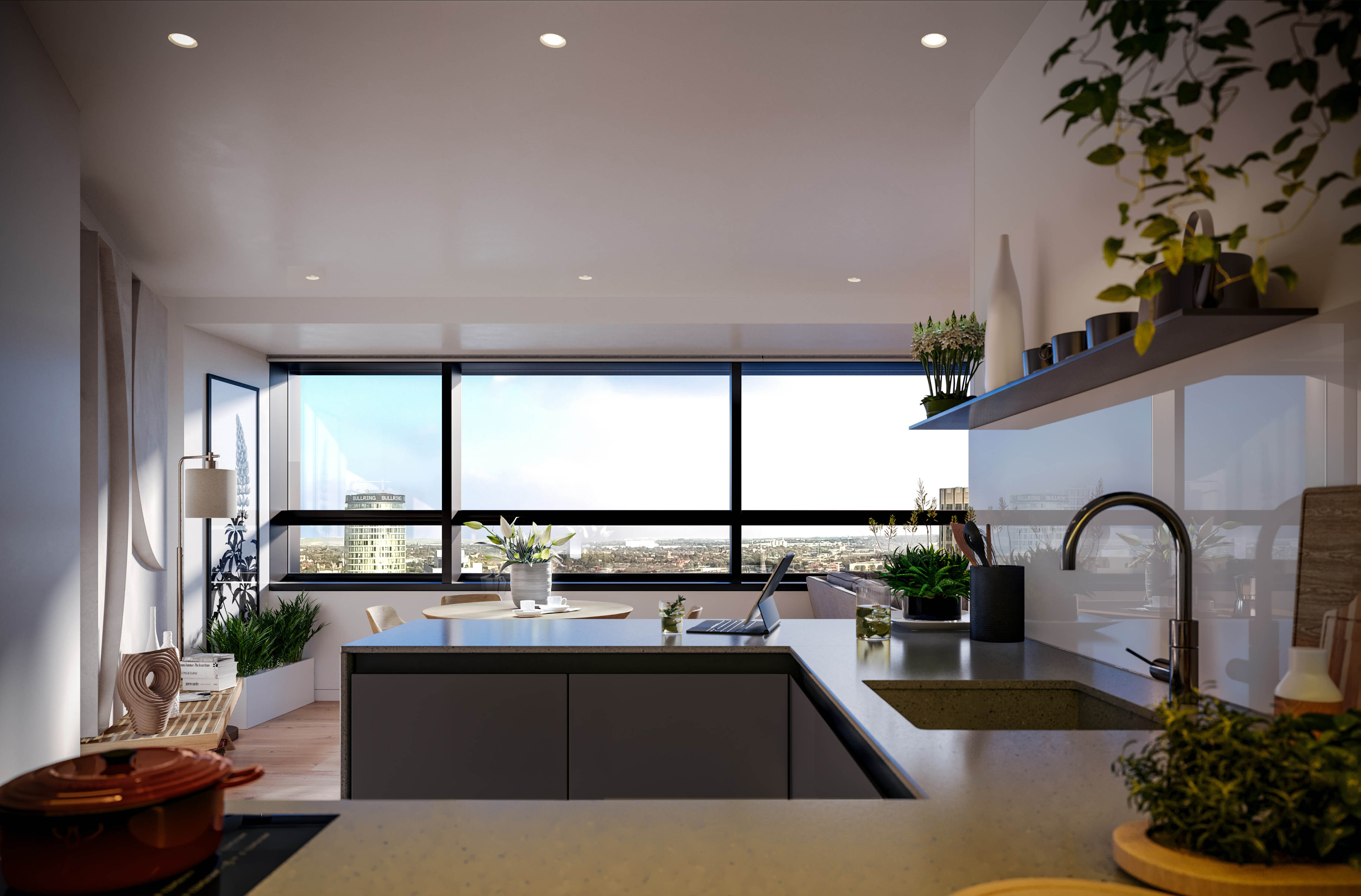 The 49-storey, 155 metre (510 feet) tall tower will create a stunning new Birmingham landmark as well as provide up to 370 new Build to Rent (BtR) homes of outstanding quality and design with views across the city.

Octagon will make up the latest phase of the Paradise Birmingham development, the £700 million transformation of the heart of the city. There will be a mix of one, two and three bed homes, including affordable homes, together with communal space and resident amenities at entrance level.

Proposals for Octagon were first shared in May of last year, in the city’s first online planning consultation for a building of this scale. The widespread consultation process influenced the final planning application and saw improved ground floor legibility and a more extensive lighting strategy for the top of building.

“Octagon forms an integral part of Paradise, creating jobs, promoting skills, and providing much-needed new homes for the people of Birmingham in an exemplary setting. Our ambition for Octagon is to create a world class BtR apartment scheme for Birmingham and today is a major step forward to achieving this goal.

“After the completion of phase one of the development earlier this year, we are now moving ahead with a number of new buildings at Paradise, reflecting a massive vote of confidence in Birmingham and the regional economy’s recovery from the Covid pandemic.”

“We are hugely excited about delivering Octagon and what this could mean for Birmingham as a truly distinct landmark on the city’s skyline. With its instantly recognisable and slender design, it also offers homes of unparalleled individuality with the apartments enjoying a generous 12 m facet of the Octagon.

“The crystalline expression of the horizontal façade allows the internal rooms to open up to panoramic views with brighter spaces and residents will also enjoy access to a range of amenities including a wellness hub, studio space and lounge.

“The approach for this design is straight forward: we want to create the finest city centre homes in Birmingham, if not Britain, has ever seen, in a location that is simply unrivalled and in a building that is distinguishable for all the right reasons and become a part of this world class destination.”

“It is always rewarding to see a statement building like Octagon secure its future position on the city’s skyline.

“The plans for the new homes at Octagon not only make the most of what Paradise has to offer, but also helps the city meet its future housing needs. Reaching this significant stage in the planning process is a huge step forward to Octagon becoming a recognised new Birmingham landmark.”

The next commercial building at Paradise, One Centenary Way, is currently under construction and the next building, Three Chamberlain Square, is going through its detailed design stage with a planning application expected to be submitted later this year.

At almost 2 million square feet, Paradise is delivering up to ten new flagship buildings, offering offices, shops, bars, cafés, restaurants and hotel across 17 acres in the heart of the city, together with the Octagon building.

The Paradise redevelopment is being brought forward through Paradise Circus Limited Partnership (PCLP), a private-public joint venture with Birmingham City Council. The private sector funding is being managed by Federated Hermes. Argent is the development manager.

Paradise sits in the country’s largest city centre Enterprise Zone and has already benefited from investment by the Greater Birmingham and Solihull Local Enterprise Partnership (GBSLEP) in enabling and infrastructure works.

A website showcasing the vision for Paradise, in addition to a live time-lapse camera and all the latest news about the development, can be viewed at www.paradisebirmingham.co.uk.

The plans for Octagon can be viewed at www.octagonbirmingham.co.uk.