Birmingham is home to the UK's second best restaurant 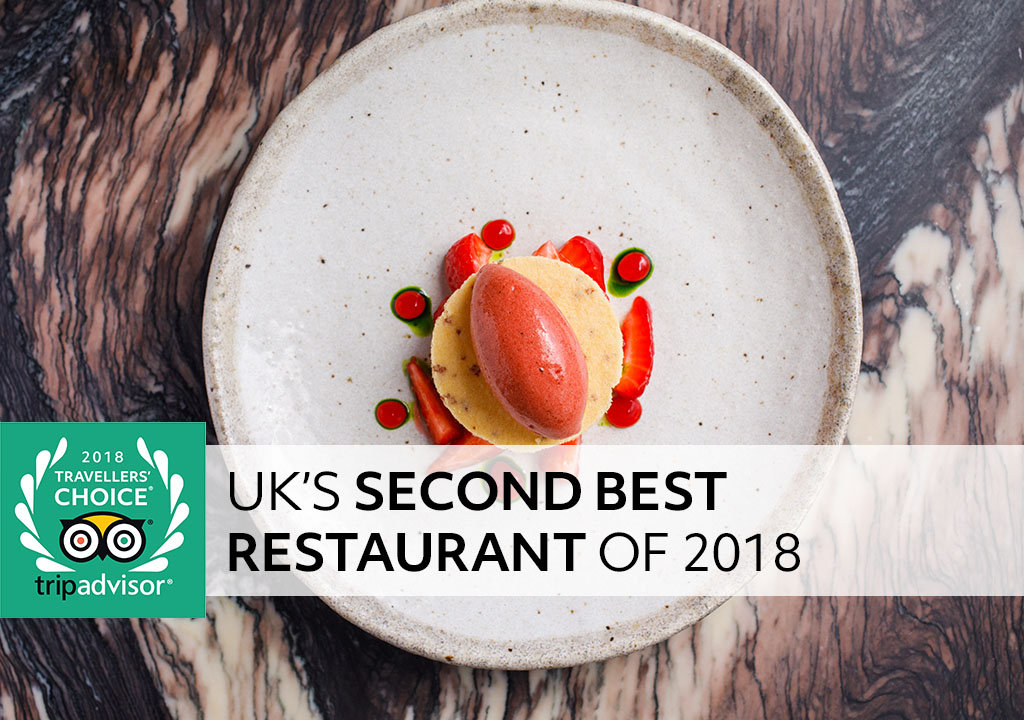 Birmingham’s Adam’s has been named the second best-rated restaurant in the UK, according to the 2018 Travellers’ Choice Awards, announced on Tuesday 4 December by the world’s largest travel site, TripAdvisor.

As well as finishing up second in the UK fine dining restaurants rankings, Adam’s is named sixth best in Europe and 11th in the world, one of three UK restaurants to feature in the world top 25.

Adam’s has jumped up five places in the UK rankings this year, having taken seventh place in 2017.

The restaurant which, which is run by husband and wife team Adam and Natasha Stokes, serves a three-course menu alongside its signature tasting menu. Dishes include, monkfish with wild mussel, champagne and samphire and suckling pig, crispy belly, girolles, parsley and garlic.

“We are absolutely delighted by today’s accolades, to be rated second in the UK by our customers is a complete honour. Featuring sixth in Europe and 11th in the world shows how TripAdvisor brings diners and restaurants together from across the globe. When my wife and I opened up nearly six years ago we had no idea how we would be received by Birmingham and the wider culinary audience, all I can say is it’s been amazing.”

“Adam’s is a true reflection of the culinary scene in the West Midlands – world-class food and customer experiences – so it comes as no surprise that the restaurant has received the accolade.

"Birmingham is home to more than 187 different nationalities that inspire the city’s diverse culinary offering of flavours from around the world, producing a flourishing alternative street food scene.

"With a record number of visitors in 2017, Birmingham and the wider region have continued to diversify our restaurant offering with a healthy mix of brand new and long-established independents.”

The Travellers’ Choice Awards honour travellers' favourite dining establishments worldwide, based on the millions of valuable reviews and opinions on TripAdvisor. Award winners were determined using an algorithm that took into account the quantity and quality of reviews for restaurants around the world, gathered over a 12-month period.

“Rather than a judging panel, these awards are determined by the millions of reviews posted over twelve months from diners who have visited the restaurants. To be named not just second best in the UK but sixth in Europe and eleventh in the world, demonstrates the incredible work that the team at Adam’s are putting in to deliver the best experience to its customers.”