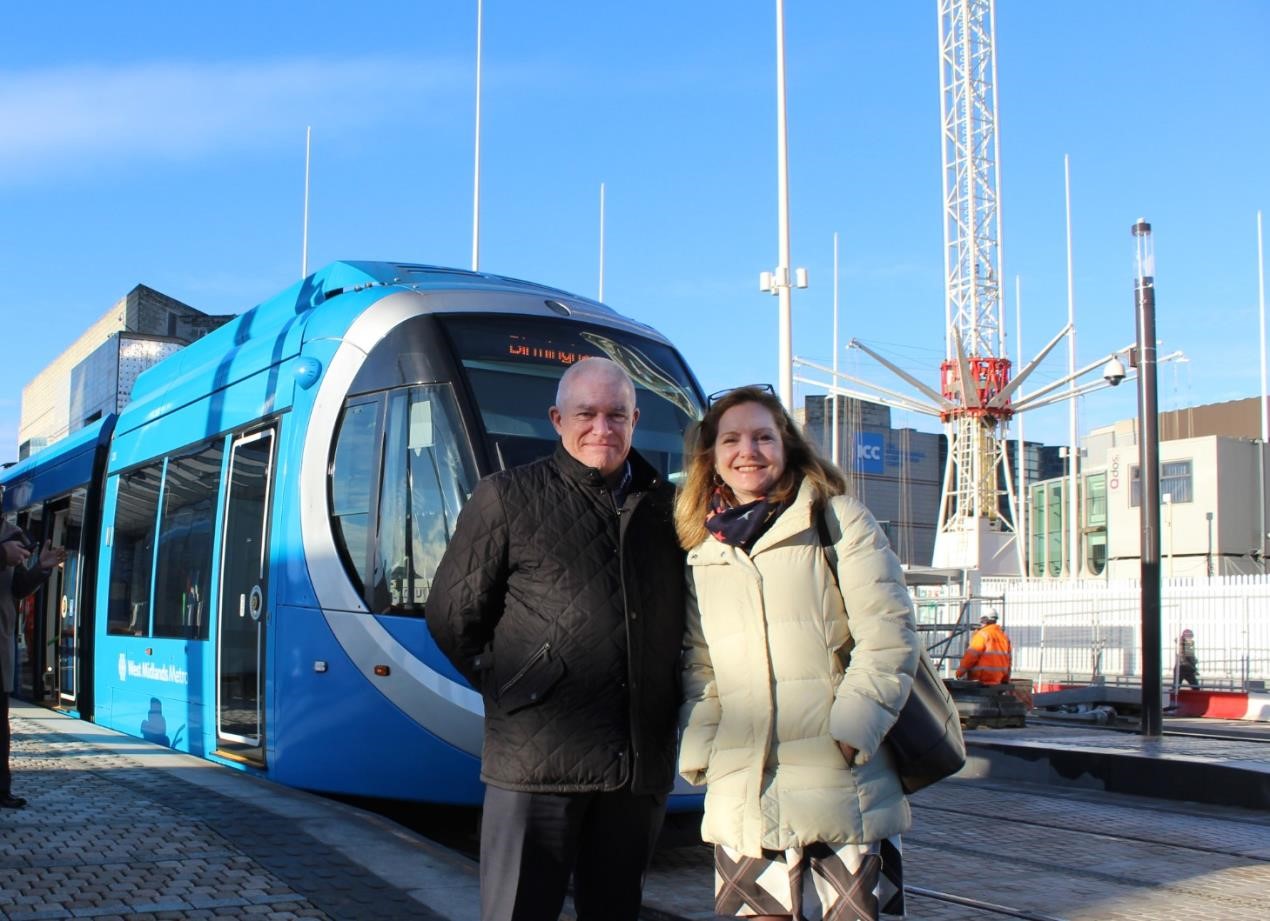 West Midlands Metro trams are from today picking up and dropping off passengers at the new Town Hall and Library stops following successful testing.

A six minute peak time service will now deliver passengers to the Library of Birmingham, Symphony Hall, ICC, Birmingham Rep, the Council House and Town Hall and offices in and around Centenary Square and Victoria Square.

They can also use the tram to visit the German Christmas Market, big wheel and ice rink in the city centre.

It is the first time in the UK that trams have used battery power to run along a modern line specifically built without overhead wires, preventing the need to attach cables to historic listed buildings such as Birmingham Town Hall and also reducing the line’s carbon footprint.

“This tram extension is open in time for Christmas, but will serve the West Midlands for years to come. We said it would be open by the end of 2019, and here it is ready to go with three weeks to spare.

“We are offering people a convenient, fast and reliable service direct to some of Birmingham’s premier visitor attractions as well as the key office developments springing up around Centenary Square.

“Our network is expanding rapidly with further extensions in development, and combined with our investment in rail, bus, roads and cycling, is transforming transport in the West Midlands.”

Work on the first section of the Westside extension began in June 2017 and construction was carried out by the Midland Metro Alliance (MMA), a consortium set up by TfWM, which is part of the West Midlands Combined Authority (WMCA), to build a series of tram extensions across the region.

TfWM is already working with the MMA on the next section which will see passenger services running along Broad Street to Edgbaston in 2021, stopping at Brindleyplace, Five Ways and Edgbaston Village.

Preliminary works on an extension from Wednesbury to Brierley Hill, serving Dudley, are due to begin next year, whilst final activities are set to take place next year on the Wolverhampton city centre extension serving both the bus and railway station.

“It is incredibly exciting to witness trams in operation on the route we have been busy building since summer 2017.

“There have been more than 300 men and women working across the alliance’s projects in the West Midlands since we were formed and I’d like to recognise each and every one for their hard work and at the same time we would like to thank those who have been impacted by our construction for their patience and understanding.”

“This Metro extension will increase the city’s public transport offering, helping to better connect people to other areas of the region and making it easier for those living, working and travelling in the area to get around.

“The launch of services to these two new stops is an important milestone in this scheme, enabling people to travel by tram to the Library of Birmingham and other destinations in the Centenary Square area.