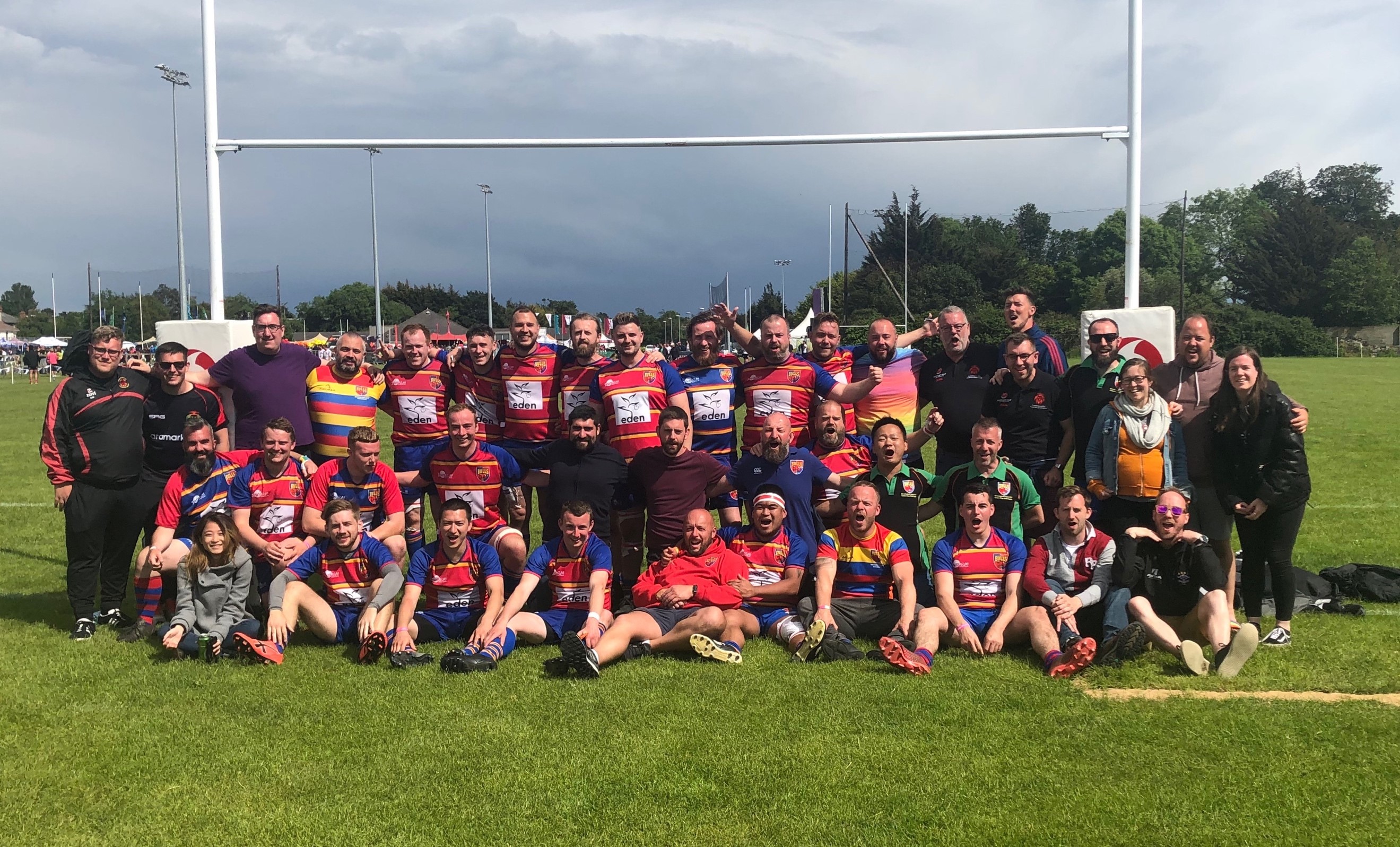 Birmingham Bulls RFC, an inclusive club who play in the Greater Birmingham Merit League, have been announced as the hosts of the Union Cup 2021, confirmed by International Gay Rugby (IGR), following a vote of clubs across Europe, ratified by World Rugby, last week in Dublin.

The Union Cup is Europe’s premier inclusive rugby event with 45 teams, 1500 attendees and their supporters.

“Congratulations to the Birmingham Bulls who have won the right to host the next Union Cup between 30 April and 2 May 2021!

“From all the IGR Trustees and European Regional Reps, our heartfelt commiserations and thank you to Rebelyons for a fantastic bid.”

“It’s been an incredible experience with all of our team working hard to beat off some amazing and worthy competition and we’d like to thank the Rebelyons (Lyon, France) for pushing us all the way in the bidding process.

“This year’s tournament in Dublin has set us a benchmark and we will do our best to rise to the standards they’ve set.

“Our bid team was amazing and it’s testimony to their efforts that we’ve managed to bring this festival of inclusive rugby to Birmingham in 2021. And thanks to all who supported our bid and voted for us. Now the hard work starts!

“We’d like particularly to thank the Mayor of West Midlands, Andy Street, for all his and his teams support.”

The Bulls will hold the tournament at The Pavilion, Moor Lane 30th April – 2nd May 2021; Diageo has kindly agreed to continue their support of the competition.

Birmingham Bulls were founded eight years ago with the aim to bring inclusive rugby to Birmingham; now playing in senior league rugby and host the fantastic “Touch My Brum” touch tournament within the City.