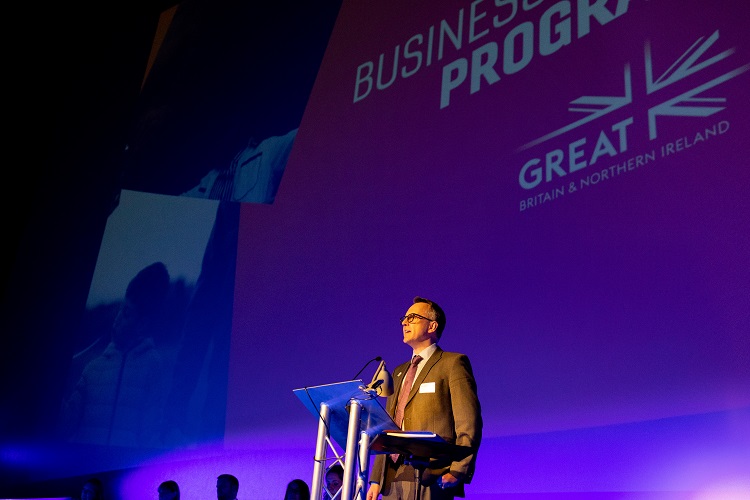 The Birmingham and the West Midlands Convention Bureau has launched an ambitious, new Conference Ambassador Network to drive more global events into the region.

The initiative – which is supported by the Birmingham 2022 Commonwealth Games Business and Tourism Programme (BATP) – will see regional leaders from academia and business join forces to champion the West Midlands and their own work to win new conferences and events.

Ambassadors will receive support from the Birmingham and the West Midlands Convention Bureau and partners throughout the bidding process, from finding a suitable venue and preparing proposals, to the smooth running of the event itself.

The Conference Ambassador Network launched at a special event at Millennium Point on 24 March, with delegates invited from across the region’s academic; conference and events; leisure tourism; and investment sectors.

“Our Conference Ambassador Network will be a platform for the West Midlands’ greatest minds and industry leaders to come together to attract major new national and international conferences to the area.

“The West Midlands shows time and again what it can achieve when it collaborates, from hosting high-profile events such as the Conservative Party Conference to successfully bidding for the Birmingham 2022 Commonwealth Games.

“By unlocking further contacts within our academic and business communities through this new network, we are showing that we are open for business after a challenging couple of years, and aiming to leave a Games legacy as a major global events destination.”

The MICE (Meetings, Incentives, Conferences and Exhibitions) sector is worth £2.3 billion in Birmingham and the West Midlands. The region welcomed 10.1 million local, national and international delegates in 2019, with an estimated 105,000 events taking place, contributing to 14.5 million delegate days (source: RJS Associates). Birmingham and the West Midlands also welcomes a greater proportion of business visits than anywhere else in the UK (source: STEAM/Global Tourism Solutions).

“Birmingham provides a strong proposition to international event organisers in terms of its range of venues, the variety of accommodation available and its connectivity. We see this in the global destination rankings as well as the status of the events we host here.

“The NEC Group delivers global business tourism events to the city, often through collaboration and support from sector experts. This initiative will consolidate and build on this work.”

The Birmingham and the West Midlands Conference Ambassador Network will showcase the region’s sector expertise in areas such as tech & digital; data-driven healthcare; future mobility; and business, professional & financial services. It will encourage academics and professionals who are leaders in their industry to host their organisation’s next event in Birmingham and the West Midlands.

From 6-10 June, Birmingham will play host to the 13th World Congress on Railway Research 2022, following previous editions in global cities including Tokyo, Sydney and Montreal. The conference will be jointly run by the Rail Safety and Standards Board (RSSB) and the University of Birmingham, and is an example of a recent event win from the region’s academic sector.

“The World Congress on Rail Research 2022 is the rail industry’s biggest and widest-reaching conference of its kind; we are expecting around 1,000 international delegates to come together to learn, share, collaborate and innovate.

“The conference allows the Birmingham Centre for Railway Research and Education here at the University of Birmingham to highlight the real-world impact research and innovation that is taking place as well as the opportunities we offer across education and skills.

“The support of WMGC’s convention bureau has been invaluable, not only in securing the event for us, but also with supporting how we’re bringing our visitors to the region.”

For more information about the new Birmingham and the West Midlands Conference Ambassador Network, visit https://www.meetbirmingham.com/CAN.