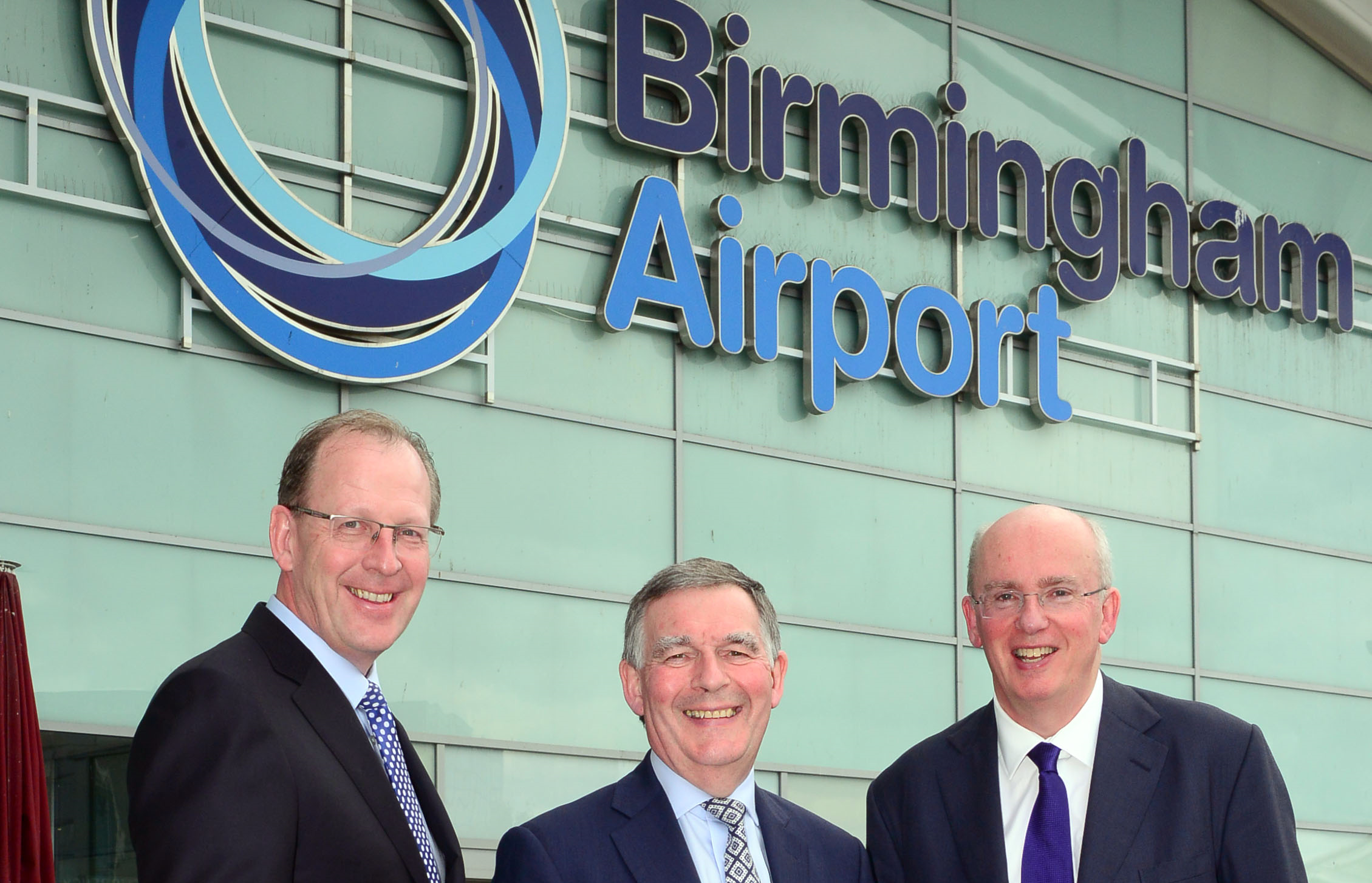 On the 30th May, the Chairs of both Birmingham Airport and HS2 Ltd, as well as the CEO of Birmingham Airport, met to reaffirm how the new High Speed Rail network alongside the airport’s growth plans are crucial to improve future connectivity and prosperity for the region.

HS2 will link over 25 towns and cities from Scotland through to the South East, joining up nearly half of the UK population and is set to deliver £92bn of benefits to the UK economy. Not only will HS2 better serve the airport from across the country, the new railway will take trains off the busy West Coast Main Line allowing more regional train services to and from Birmingham International Station.

“HS2 is a once in a generation opportunity to better connect the Midlands and the North. Calling at the new Interchange station, our trains will be more reliable, quicker and allow more passengers to use Birmingham Airport, the NEC and other leisure attractions.

“The new HS2 station will act as a catalyst for the development and growth proposals for the area around the station – including new homes and jobs. We plan to work closely with the Airport and the Urban Growth Company to deliver improved connectivity that will in turn drive economic growth for both the West Midlands and the country.”

“From next month, the airport will begin works on its Master Plan, where £500m will be invested over the next 15 years to grow the airport by 40%, serving 18m passengers a year – using the existing single runway.

“The Master Plan reaffirms the airport’s commitment to serve the region and its communities, increasing its contribution to the local economy from £1.5 billion to a forecast £2.1 billion a year and supporting 34,000 jobs by 2033.

“For us, it is important the airport continues to play a part in the development of the Midlands, acting as a catalyst for the continued growth of the region’s economy. With a greater choice of flights and destinations, alongside improved regional connectivity and a direct link to HS2, we will do just this.”

When HS2 opens, the rail journey between Birmingham Airport and central London will reduce from the current 70 minutes to 38 minutes as it becomes the UK’s first and only high-speed connected airport, whilst also increasing the current two-hour catchment of 35m to 45m people.

Interchange station will be a new major gateway station for the region, part of a new public transport interchange serving Solihull, the West Midlands, Birmingham Airport and the NEC.  The station will be immediately adjacent to Birmingham Airport, allowing it to take an increasingly national role, helping to drive international trade, investment, employment, inbound tourism and the success of the region’s many universities.

Phase One of HS2, between the West Midlands and London is scheduled to be completed by 2026, with plans to extend to Crewe by 2027 and to Leeds and Manchester by 2033. Works on the first phase of HS2 are already well underway at over 250 work locations.

Around 9,000 jobs are now supported by the delivery of HS2, with 300 apprentices on board and 2,000 businesses supporting the new backbone of Britain’s rail network. When construction peaks, it is estimated that HS2 will need over 30,000 people to design and build the full HS2 rail network when it is built in the North.