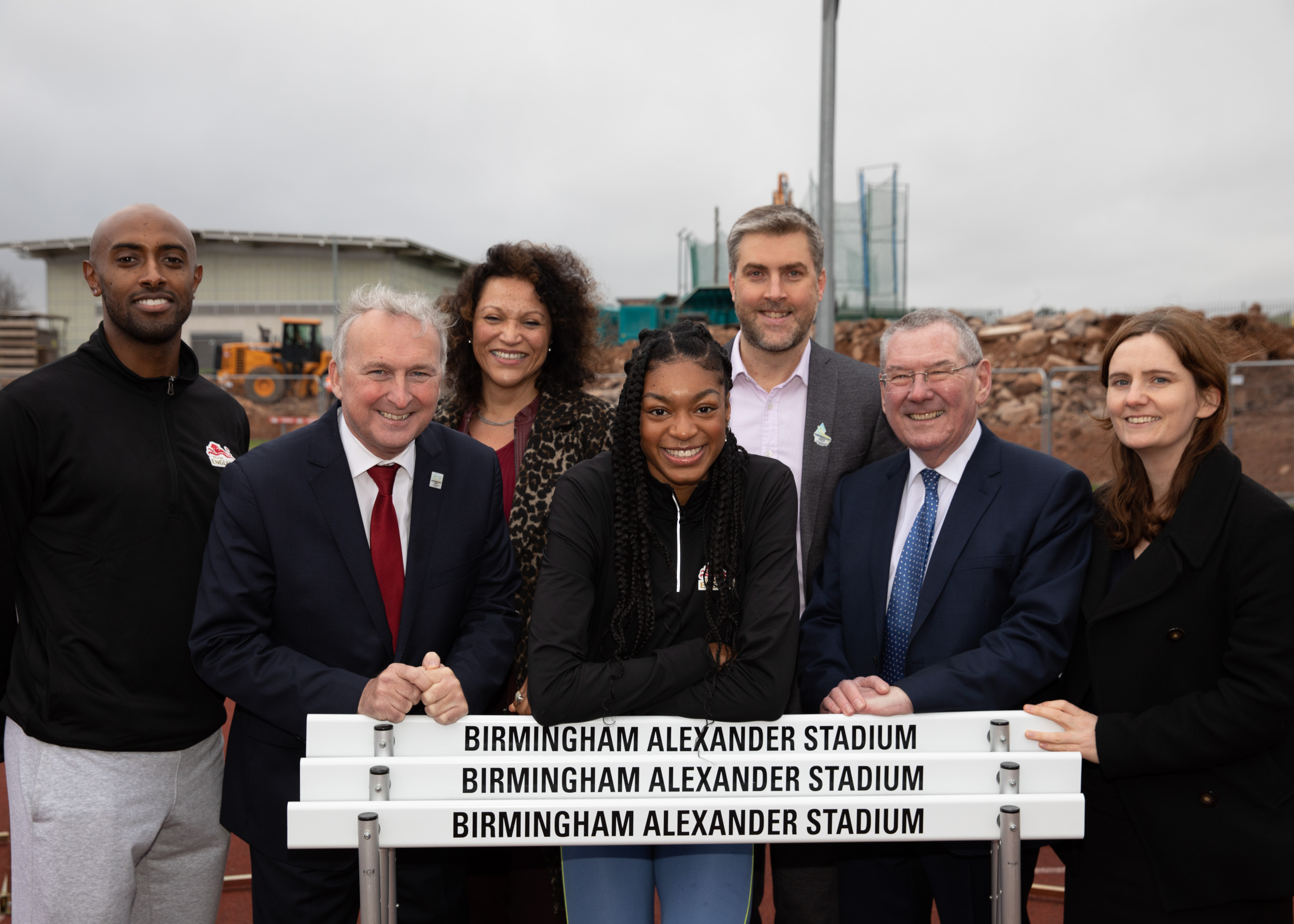 Proposals for the redevelopment of Alexander Stadium were today approved by Birmingham City Council’s Planning Committee – marking a major milestone in the preparations for the Birmingham 2022 Commonwealth Games.

At the heart of the wider effort to regenerate Perry Barr, the £72million plan will see the venue become a high-quality venue for diverse sporting, leisure, community and cultural events in the decades to come.

Initially, the stadium, at Walsall Road, Perry Barr, is set to be the focal point of the Birmingham 2022 Commonwealth Games, hosting the Opening and Closing Ceremonies as well as the athletics events during the 11-day event which features 6,500 athletes and officials from 71 nations and territories.

The redeveloped stadium would increase its permanent seating capacity from 12,700 to 18,000 allowing more than 30,000 during the Games through additional temporary seating.

Post-Games it will be at the centre of a regenerated Perry Barr, which is receiving more than £500million of investment in the coming years, which also includes new housing, improved transport and related upgrades to infrastructure and public space.

The revamped stadium is set to host a range of tenants including the world-famous Birchfield Harriers Athletics Club and Birmingham City University.

The stadium will provide a new home for the university’s sports and exercise students, bringing an exciting new partnership and purpose to the stadium beyond athletics – as well as becoming a focal point for a range of leisure, health, wellbeing and community activities for local residents and the wider general public.

“We’ve always been clear that Birmingham 2022 is about much more than 11 days of fantastic world-class sporting action. The Games are about regeneration, improved health and wellbeing, promoting the city on a global stage and building civic pride.

“This particular scheme is integral to all of those aims and benefits – the eyes of the Commonwealth and indeed the wider world will be on the venue during the Games, but the longer-term opportunities the improved stadium will offer a regenerated Perry Barr, and indeed the wider region and nation, mean the delivery of this scheme is crucial for the city’s future.”

“The first time I came here I was 13 years old. Today was the first day I have been to the track since they knocked down the main stand, it’s going to be really inspirational. I’ve seen the designs and it’s going to look really good.

“It’s really important, not just for athletes competing but for how many people like me will get to come into this track and be inspired.

“To think of how many nations will come here in 2022 and compete on this track it’s so exciting.”

“The West Midlands Combined Authority was pleased to contribute funding towards the redevelopment of the Alexander Stadium as not only will it provide a world class sporting arena at the heart of our region, it meets our aim of encouraging economic growth, creating jobs and improving the health of citizens. It is great to see the project move towards the next stage of development and to see how it is already inspiring our young athletes.

“We are also investing in train, bus, tram and cycle routes across the whole region, which will not only meet the public transport needs for Birmingham 2022 but serve the people of the West Midlands for years to come.”

“The Alexander Stadium is a pivotal venue for the Birmingham 2022 Commonwealth Games, as not only will it host the track and field events for athletics but it’s also where we will stage our official opening and closing ceremonies for the Games.

“Today’s news that planning approval has been granted is therefore a key moment for us as the organisers of the Games and one which we are pleased to be able to celebrate with our partners.

“Birmingham City Council will be delivering the new sections of the stadium and we look forward to watching progress over the next couple of years, ahead of us moving into the stadium when we deliver the Games in 2022.”

Construction of the new stand will commence in spring of this year, with completion in late 2021. This will be followed by test events ahead of the Birmingham 2022 Commonwealth Games.

The approved design will also facilitate the temporary ‘Games overlay’ elements and additional infrastructure needed specifically to deliver the 2022 Games. Further detail regarding the Games overlay will be published at a later date.