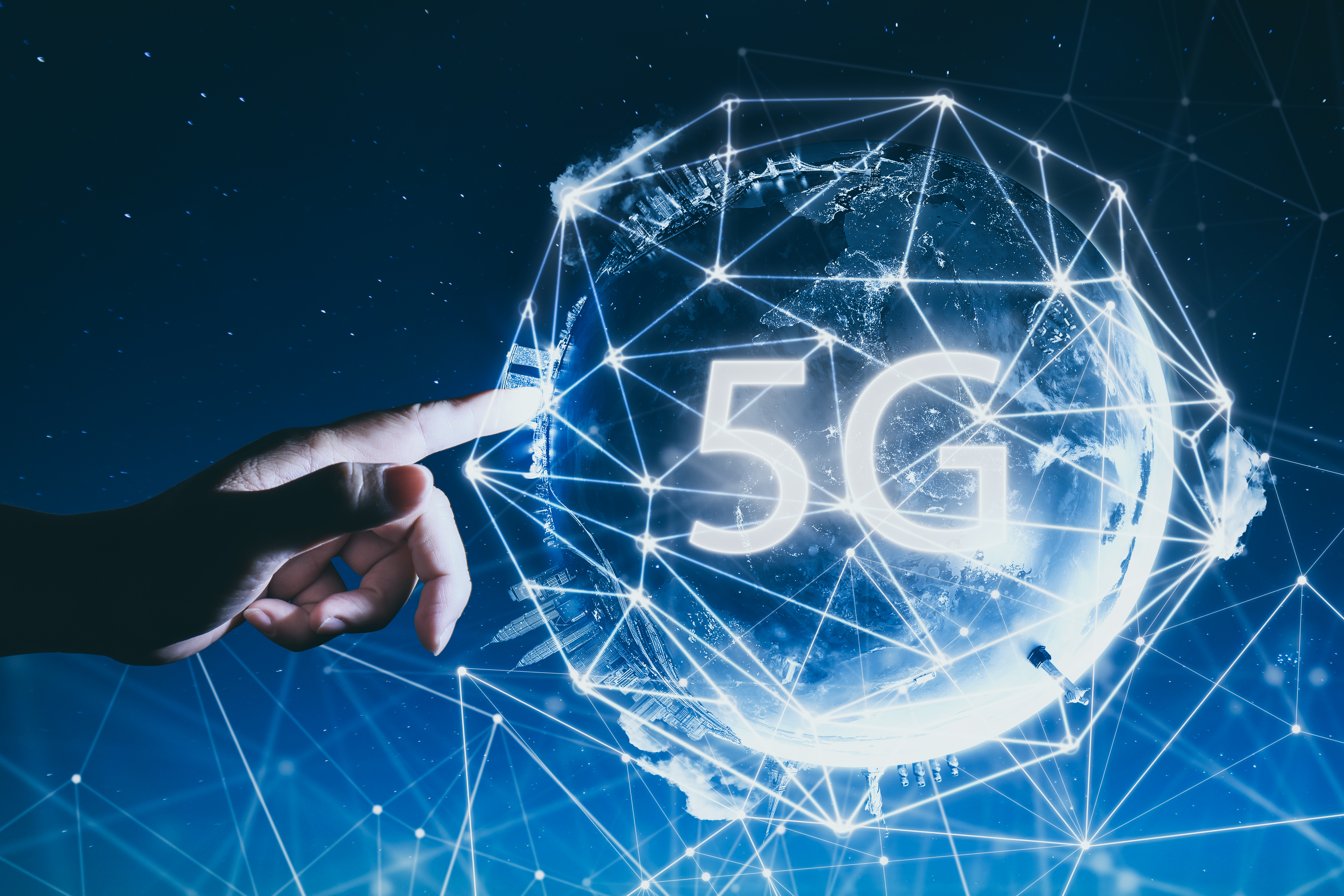 The background
First-generation networks were introduced back in the 1980s – they were analogue and only carried voice. In the ‘90s, 2G (or second generation) phones launched and they were digital, introducing new features like text messages and picture messages. The early noughties ushered in 3G (third generation) which started to include video calling and mobile data (and spawned the proliferation of Blackberries and then iPhones). Ten years later we saw 4G, and these networks and phones were designed to support mobile internet and higher speeds for activities like video streaming and gaming.

The immediate benefits
5G is a game changer for networks, connected devices and communication – faster, more reliable, with huge capacity
It won’t be cheap, initially, as it requires major investment in new mobile antenna and infrastructure (and somebody has to pay – inevitably the user), but it will definitely be here to stay

Faster Speeds - 5G is set to be much faster than previous generation networks – some are saying as much as 100 times faster than existing 4G networks. To get more specific, 5G may offer speeds as fast as 10Gb/s. This would mean the ability to download a full HD movie in under 10 seconds on a 5G network, compared to 10 minutes on 4G. Some estimates see 5G being even faster than that.  EE has carried out a 5G trial in its UK test labs, achieving consistent download speeds of 2.8Gbps.

Lower Latency - 5G will also have much lower latency. We’ll see much less delay or lag when we’re using our phones and other devices. With 4G networks, latency is typically around 40-50 milliseconds. With 5G it should be 1 millisecond or less, which is undetectable to the user.

Greater Capacity - 5G will have greater capacity, meaning the networks will be able to cope better with many high-demand applications all at once - from connected cars and IoT (Internet of Things) devices to virtual reality experiences and simultaneous HD video streaming.

Reliablity - 5G is expected to be ‘ultra-reliable’, meaning no dropped calls or connectivity, which will allow more ‘critical’ use cases such as those related to digital health and connected cars.

Flexibility - 5G networks promise to be more flexible -- network slicing allows a physical network to be divided into multiple virtual networks so the operator can use the right ‘slice’ depending on the requirements of the use case.

Improved Battery Life - While all this sounds like it might drain your battery pretty quickly, actually 5G is being tipped to extend the battery life of devices by up to ten times.

Economic Benefit
According to a study from Qualcomm, by 2035, 5G could underpin up to $12.3 trillion (£9.3 trillion) worth of goods and services in industries such as retail, healthcare, education, transportation, entertainment and more.

That’s an economy the size of India added to the world’s economy in just 15 years, purely because of mobile infrastructure

What’s the Opportunity for the West Midlands
Becoming the UK’s first region for 5G should provide the region with several benefits:

Research & Development – the West Midlands will become a key focus area for research & development into the capabilities surrounding 5G.  Whilst there are known benefits to 5G as listed above, there is much more in terms of capabilities that are still to be uncovered, both within the trialling of the network and in terms of associated technologies.  It’s not known what 5G will deliver yet - because it is set to be such a revolutionary technology, it is likely to be used to create services and applications we haven’t even imagined.  As the West Midlands is the only region dedicated as a test bed for 5G in the UK, we should see new Research & Development projects established, including some by major names

Infrastructure - 5G will use new, higher radio frequencies because they are less cluttered, and they carry information much faster.  Although higher bands are faster they don’t carry information as far so 5G will see a lot more, smaller multiple input and output (MIMO) antennas to boost signals and capacity. As large parts of the West Midlands are seeing regeneration and redevelopment (and with the construction of HS2) the opportunity and potential will be to provide the region with a highly advanced future-proofed tech infrastructure

Identity & Investment - Whilst having the 2nd largest tech sector in the UK, our ecosystem has lacked a specific tech ‘identity’ – a reason for major investors to look toward the city and region.  Most major tech cities within the world have been built on a foundation of having a single-minded proposition around their tech sectors.  In the environment of ‘tech and innovation driving every sector’ it’s important, economically, for a city that claims to be a leading digital destination to be known for something – Tallinn (GovTech); Austin (initially microchips); Tel Aviv (cyber, security); Berlin (fintech, start-ups) are all good examples of tech identities, and cities that have a ‘tech identity’ aren’t restricted to the single-minded proposition, but rather they build on them (witness Austin – no longer a microchip driven economy but the world’s number one tech city, according to Savills).  Being the UK’s home of 5G gives us both the future facing infrastructure and the identity – combining these with the skills and the ‘place / culture’ which we already have will provide a huge opportunity for high-profile investments into the region

Skills & Talent – the establishment of the West Midlands as the UK’s home of 5G, a major new technology with large, new R&D requirements will undoubtedly bring an increase in demand for tech skills.  As much of 5G’s benefits and capabilities are still to be identified, new areas of expertise will arise, providing the region’s academic institutions with opportunities for collaboration and research

Current Projects – 5G is a horizontal enabler and of major importance to every sub-sector and area of technology. It therefore benefits all the region's key economic priorities - IoT; CAV; Games / Media; health / medtech; fintech; GovTech, and the associated industries (auto; advanced manufacturing; BPFS etc).
Independent of our key sectors, opportunities created by 5G will exist around the Commonwealth Games (for instance eSports and AR/VR – both dependent on tech infrastructure), NEC group (via the increased bandwidth at their venues), and within business and consumer tourism (an enabled city of the future and a genuine ‘smart city’)