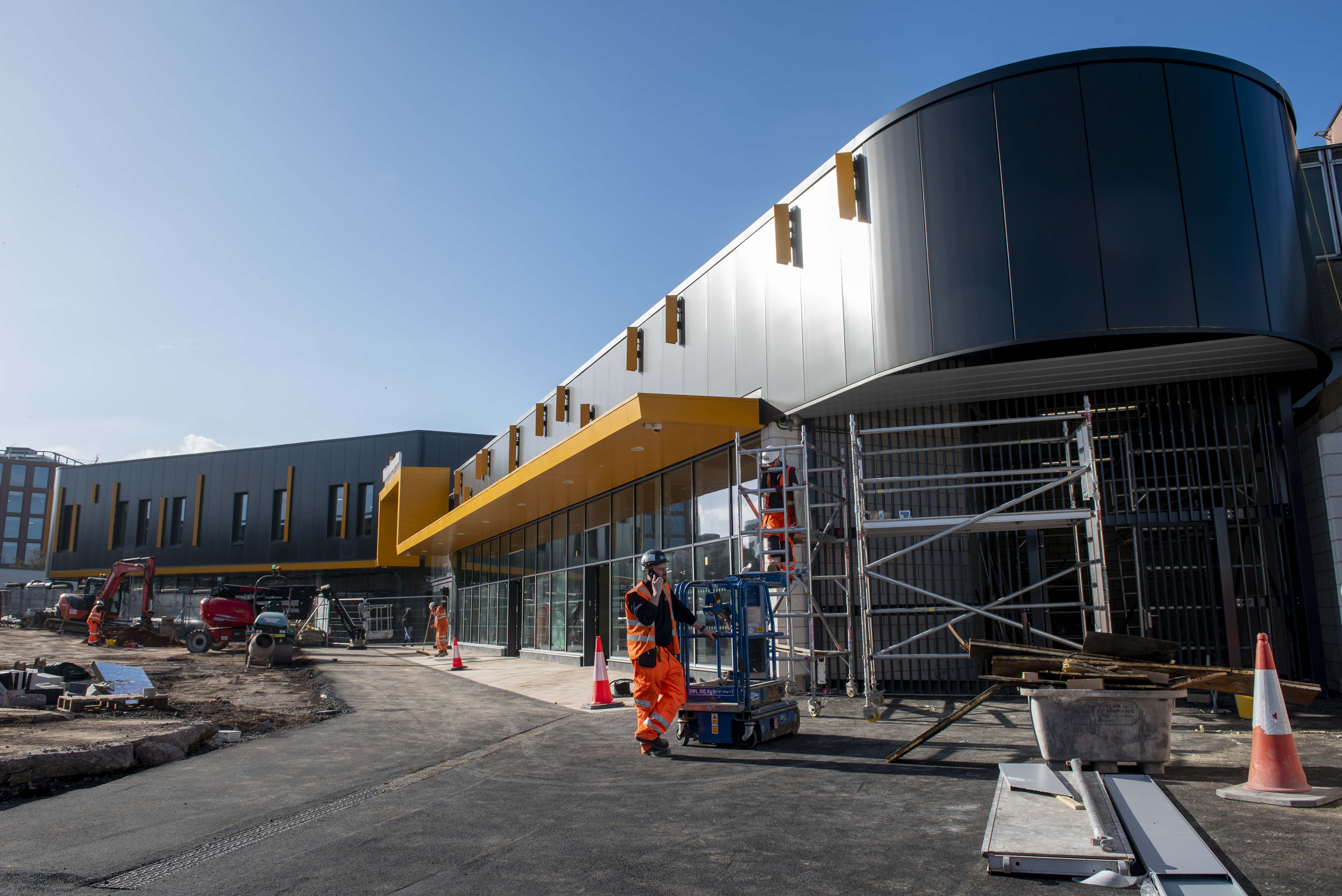 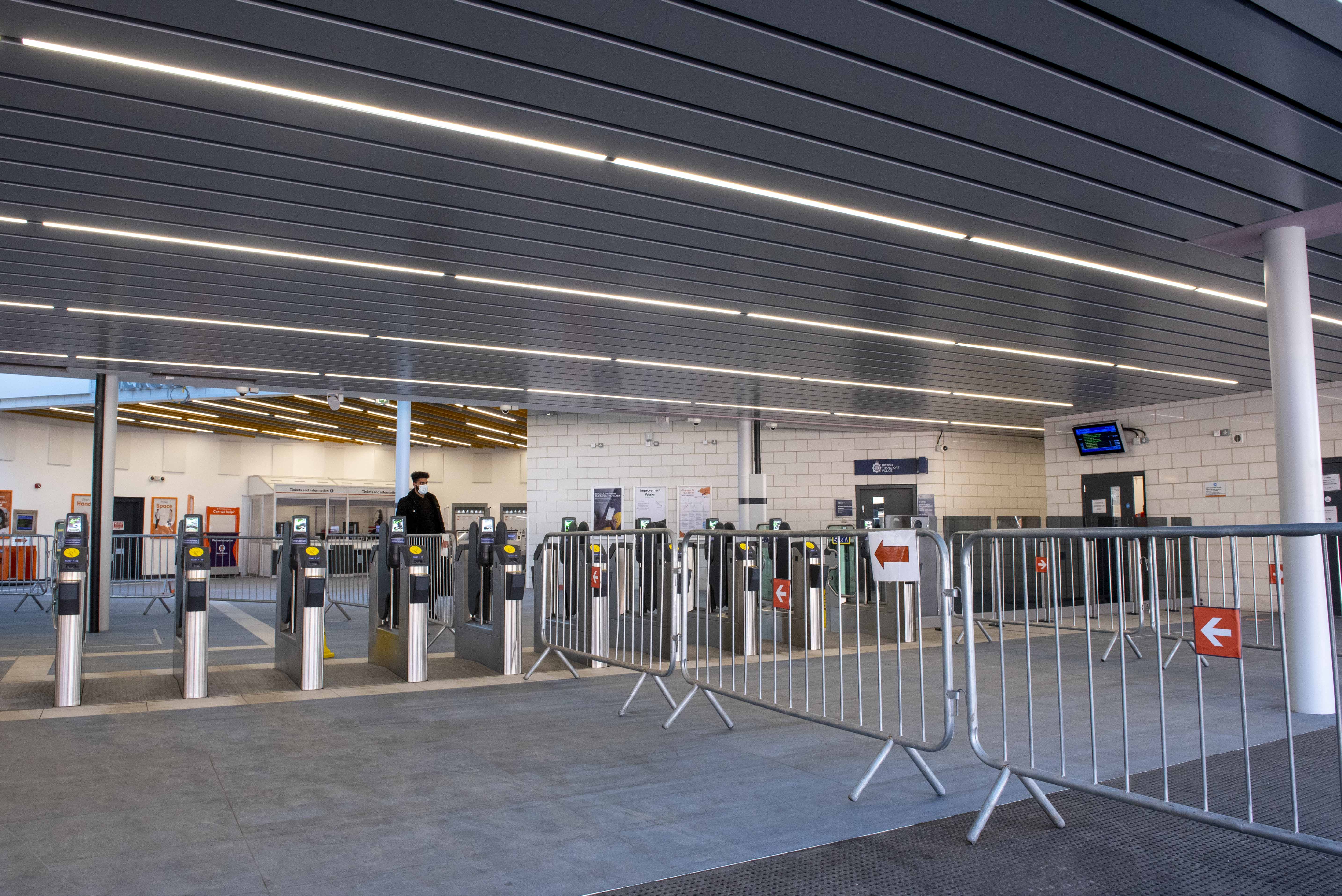 Main construction of Wolverhampton’s new railway station is set to be completed this week – marking a historic regeneration milestone in the city.

It is part of the dramatic transformation taking place under the city’s award-winning £150million Interchange scheme which is delivering improvements to bus, tram, cycle and train connectivity.

While Phase 1 of the station has been open to the public since May last year with train services running, contractors Galliford Try have been building Phase 2.

They are now ready this month to begin the Entry into Service and handover period with West Midlands Railway and Network Rail to ensure the remainder of the new station building - its equipment and facilities - are tested and commissioned before a date is announced to open Phase 2 to the public.

The works compound in front of the new station will remain in place to enable Midland Metro Alliance to complete the final section of the tram extension to the station plaza, creating a fully integrated transport hub with the neighbouring bus station.

The development works were cleverly designed in 2 phases to ensure they did not impact on train services from Wolverhampton.

It is the culmination of years of hard work by all the Wolverhampton Interchange Partners, who have delivered a first-class facility, supported by funding from City of Wolverhampton Council, West Midlands Combined Authority and the Black Country Local Enterprise Partnership.

“This is a historic moment in Wolverhampton’s history and is symbolic of the multi-billion-pound regeneration that is taking place in our city.

“It has been a long-held ambition to build a railway station befitting of our great city and connect train, tram, cycle and bus in one place to provide a gateway to Wolverhampton that everyone can be proud of.

“I am delighted that we as a Council have delivered on this vision thanks to strong collaborative work with all our partners.

“Covid-19 restrictions mean many people will not yet have seen the new station and I cannot wait for the time to come when these impressive new facilities can be used to their maximum by everyone.

“The railway station development is a big part of how we are re-imagining and re-inventing our city centre to help boost the local economy, create jobs and make the most of our canalside areas, where we have major housing plans.”

“This fantastic new Wolverhampton Railway Station is a critical part of our public transport plans for the West Midlands.

“The station links up with both the new Midland Metro extension along Pipers Row, the bus station and the new West Midlands Cycle Hire network, meaning residents in Wolverhampton will be able to travel seamlessly across the West Midlands.

“I’m delighted that the building work has continued throughout lockdown, supporting much-needed jobs and apprenticeships, and meaning the station is ready for the public as we emerge from the pandemic.”

“Delivering the Interchange scheme is one of our most notable achievements to date - and the completion of the state-of-the-art railway station is very much the pinnacle of this.

“The success of this award-winning development is testament to a unique collaborative approach, led by the council, which we believe will become an exemplar for other towns and cities.

“The delivery team including contractors, Galliford Try and architects, Austin Smith Lord, has been fundamental in overcoming challenges and creating a design that integrates seamlessly into the Interchange masterplan.

“We look forward to seeing the railway station enjoyed by the people of Wolverhampton as the city opens up in the coming months.”

“Wolverhampton is one of the biggest and most important stations on our network and the completion of the new building marks a major milestone for the city and the wider railway.

“With passenger numbers expected to increase over coming months our station team are looking forward to welcoming our customers back to the railway and showcasing these fantastic new facilities.”

Network Rail and West Midlands Railway are committed to carrying out refurbishment works to the pedestrian subway that leads into the rear of the station. They are now exploring options on when this will happen.

In the meantime, the subway will remain closed, with a recommended, temporary pedestrian diversion route already in place for customers wanting to access the station via Wednesfield Road.